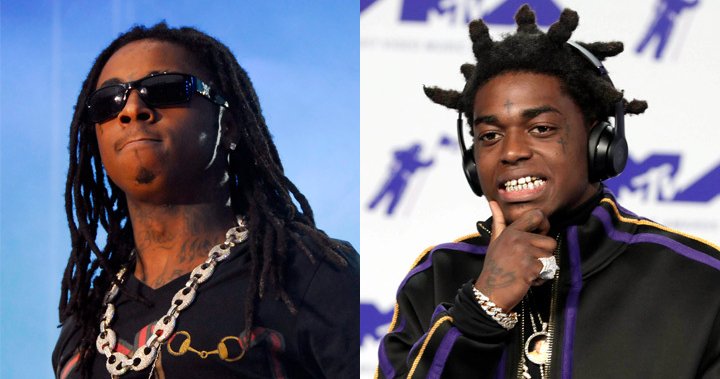 ﻿U.S. President Donald Trump has issued a full pardon to rapper Lil Wayne and a commutation to rapper Kodak Black, the White House announced as part of a slew of pardons early Wednesday morning.

Lil Wayne, whose real name is Dwayne Michael Carter Jr., pleaded guilty last month to a federal charge that he possessed a weapon despite being a convicted felon following a 2019 search of a private plane in the Miami area.

His sentencing was set for Jan. 28. It was likely he would have received a shorter sentence than the 10-year maximum.

Authorities said the 38-year-old rapper acknowledged possessing a .45 calibre, gold-plated handgun and six rounds of ammunition after his luggage was searched upon arriving in Miami on Dec. 23, 2019, from California.

3:44
What to expect for Inauguration Day

What to expect for Inauguration Day

“Brett Berish of Sovereign Brands, who supports a pardon for Mr. Carter, describes him as “trustworthy, kind-hearted and generous,’” the White House said in its announcement. “Mr. Carter has exhibited this generosity through commitment to a variety of charities, including donations to research hospitals and a host of food banks.”

Black was sentenced in November 2019 to more than three years in federal prison after pleading guilty to weapons charges stemming from his arrest just before a concert in May of that year.

Black admitted that he falsified information on federal forms to buy four firearms from a Miami-area gun shop on two separate occasions.

Authorities said one of the guns was found at the scene of a shooting in Pompano Beach, Fla., earlier that year.