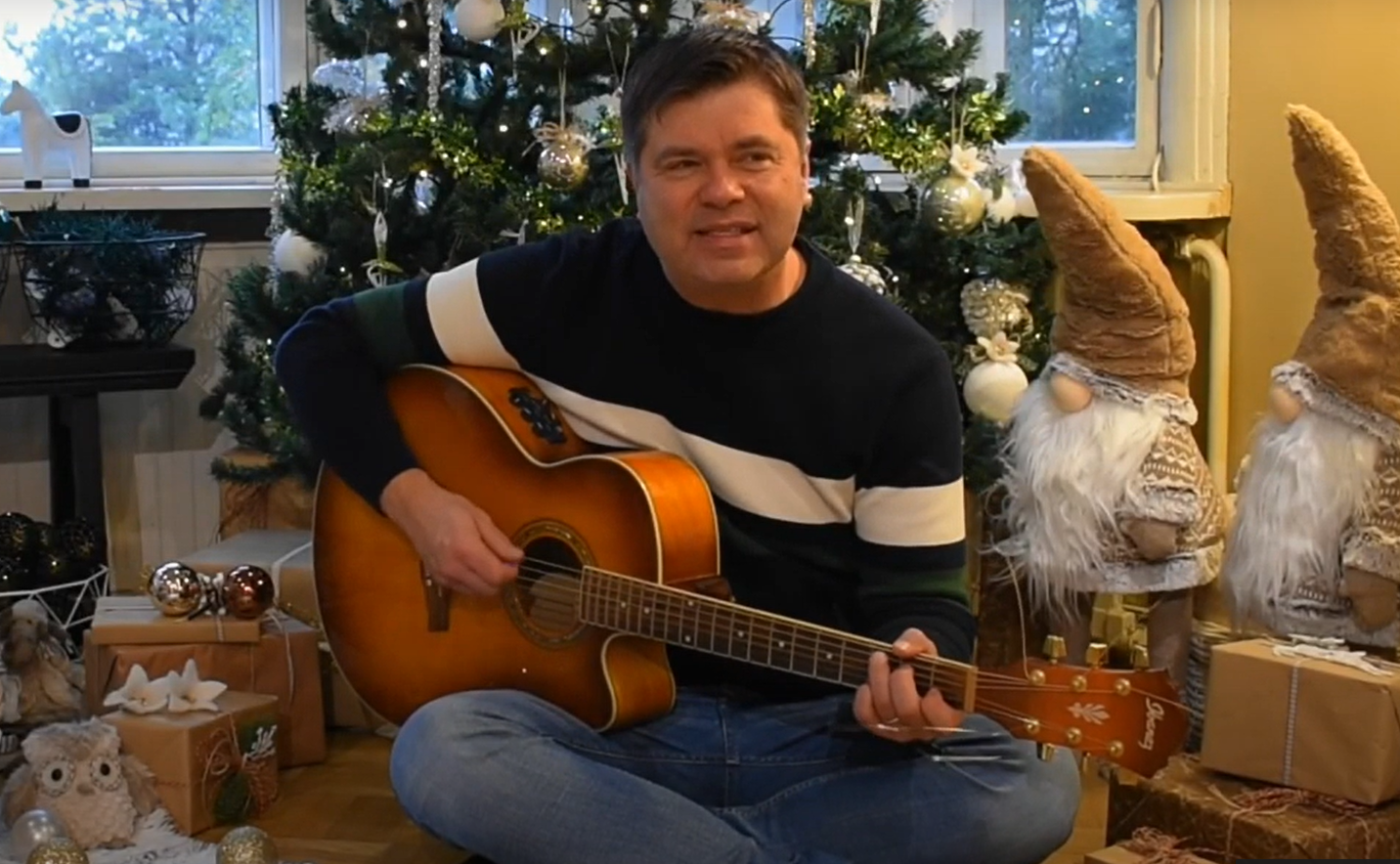 Tom Tikka & The Missing Hubcaps took us along for the 2020 release Insane and now Tikka continues his brand of self-wallowing with openings of hope in the holiday-themed “Just Like Xmas (Love Is War)”. Riddled with forlorn longings, Tikka surprises the listener with a song that draws from Americana, early pop and even some classical leanings. He’s been battling loneliness and the listener gets an inside look at his weary mind – and by the tune’s end, he’s ready for Christmas to last year round.

We’ve all heard the news reports that the holidays can be the most stressful, but for many the holidays are also the most depressing. I don’t want to give you the impression that Sylvia Plath and Tikka got together for a ‘rap’ (er, wrap) session for “Just Like Xmas (Love Is War)” because that’s not fair. Tikka is a realist. In his song notes, he mentioned that he wrote this song after going out for a stroll. He’d been feeling down because it was the first Christmas after his divorce and without his children. That would be heartbreaking, but there are so many people worldwide that have a similar backstory. That’s what makes this so universally felt.

Tikka gathers his thoughts in this song and he’s battling the war of love, he’s struggling to overcome the despair. I found myself more intrigued by the music base choice. The acoustic guitar, resembling a pop track. It’s warm and not the dreary or murky vibe you might imagine. His electronic piano keys, moving along like an ice-skater making figure eights. So lovely and dare I say it, delicate. He’s walking along outside, I imagine the cold wind feels chillier than usual. He’s trying to feel alive and not be a hermit. He recalls listening to John Lennon & The Plastic Yoko Ono Band in the lyrics. That made me smile.

Perhaps you will remember love letters in the sand, Tikka sings. His voice still very calming, but sad. Perhaps you will remember that I’m your man, he ponders. I felt the intimacy in his voice, the idea that he’s really being honest with himself. The walk must picking up because the backing music tempo changes. A flashier sound – a group of horns playing and a drum that sounds like it started in the bowels of the performing arts center. He’s almost home and hears church bells. Christmas strikes him and he sees and hears children. It’s a lovely ending and I was cheering for Tikka at the end like the audience cheers for mean old Scrooge at the end of A Christmas Carol. If you’re a fan of solid songwriting, a moving music base and a guy that could be anyone looking in the mirror, than “Just Like Xmas (Love Is War)” is definitely the holiday track you need in your life. Even if you’re Saint Nick himself, I think you will be impressed by the wordsmith skills Tikka possesses. His inner spirit catches on by the end of the song, and made me pretty happy.

How to keep your lashes long, glossy and healthy during lockdown
Ariela Weinberg STUNS 90 Day Fiance Fans with Unrecognizable Pic!
Deadline Launches Contenders Documentary And Contenders International Streaming Sites
Traces on BBC: What else has silver fox Vincent Regan who plays Phil McAfee been in?
Zac Hanson and Wife Kate Expecting Baby No. 5