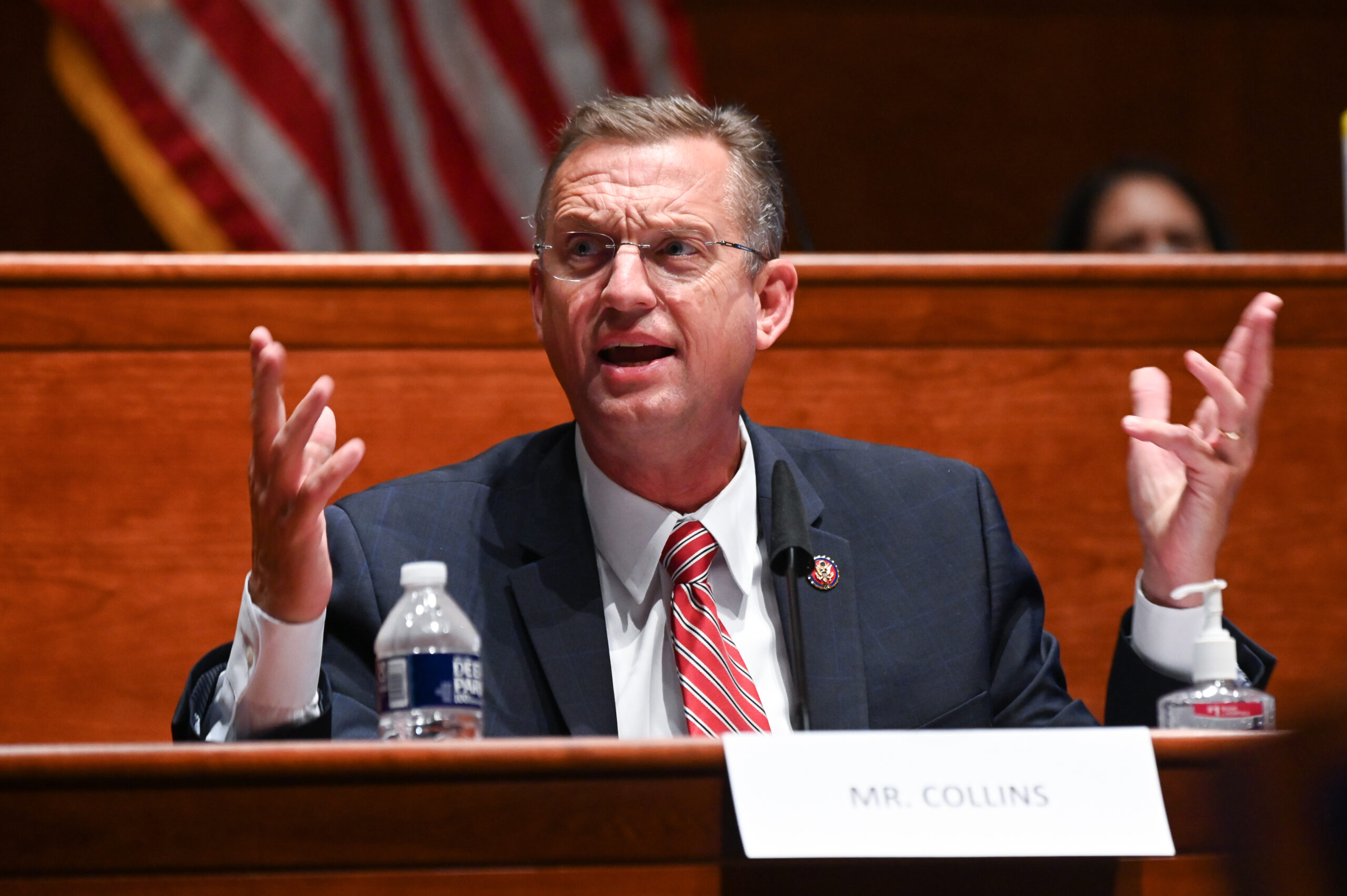 Since the passing of Supreme Court Justice Ruth Bader Ginsburg yesterday, social media has been flooded with tributes to the liberal icon from both sides of the aisle. Even if you didn’t agree with RBG’s political leanings, a decent human would at the very least put out some statement of condolence.

And then there’s Georgia GOP Rep. Doug Collins, who tweeted the following:

RIP to the more than 30 million innocent babies that have been murdered during the decades that Ruth Bader Ginsburg defended pro-abortion laws. With @realDonaldTrump nominating a replacement that values human life, generations of unborn children have a chance to live.

Because what better way to prove how pro-life you are then by celebrating someone’s death? Collins is currently campaigning in Georgia’s special election, where he is going up against fellow republican Kelly Loeffler, who was appointed last year to fill the vacancy left by former Sen. Johnny Isakson. Both Loeffler and Collins will face off against Democratic challenger Rev. Raphael Warnock in the “jungle primary” which will see all three vying for the senate seat (fellow dem Jon Ossoff is running against incumbent republican David Perdue in Georgia’s other senate race.)

Loeffler has come under fire for her anti-BLM stance, which has created a rift with the Atlanta Dream, the WNBA team she co-owns. Loeffler has also been attacked for dumping her stock shares after a coronavirus briefing in March.

People took to Twitter to call Collins out for his gross comments about RBG. His comments belie a deep-seated hatred of women in power, a misogyny so frequently couched in anti-abortion rhetoric designed to villainize and control women. His disdain is palpable, and did not go unnoticed.

This tweet is f’d up even for Doug Collins. White conservative men smell blood in the water. They don’t give a damn about unborn babies. They care about telling women what they can and can’t do with their own bodies. So disrespectful. So brazen. So typical. https://t.co/o6HIrO3bx9

Doug Collins is celebrating the death of a Supreme Court Justice. Unforgivable. RBG deserves better than this garbage. https://t.co/PtEJJQ4w4s

That moment when you’re so “pro-life” you celebrate someone’s death.

Fuck you. You are truly a despicable, disgusting, soulless pig incapable of decency. Your party champions fetuses more than living people. Also when the fetus is born your party wants to deny public assistance and figuratively throw the kids into a garbage can, where you belong. https://t.co/h3Kf3Me1sT

Quick everyone donate money to their local abortion provider and give credit to Doug Collins. Together we can tell him to kick rocks forever. https://t.co/di1YudjxIo

Doug Collins doesn’t give a shit about babies – he’s just a piece of garbage playing to his audience. And he doesn’t represent the Georgia I know. @ReverendWarnock has a chance to win this seat. Please please please donate to his campaign. https://t.co/T0v6wmdJ2b

Let’s see what Doug Collins, U.S. Senate candidate and current U.S. Rep from my great home-state of GA has to say tonight. I’m sure it’s something civil & respectful. I mean even Trump managed to clear that low bar so only the worst of us would say… oh… https://t.co/XvEOSXpko2

If ActBlue is any indication, I’d say the way the GOP has reacted to RBG’s passing has animated Democrats far more than it has the GOP.

Keep being assholes, Doug Collins, #MoscowMitch, Ted Cruz, and the rest of you ghoulish fucks. It’s working out great. https://t.co/wSlf5Cbpcm

Doug Collins and his white patriarchal mindset that would use our Courts as a weapon of control is EXACTLY why we fight for #RBG‘s legacy. https://t.co/jgN1yvjeck

This is not Georgia. This is wrong and despicable. Our country and our state will reject you and your politics this year. https://t.co/7TX1nE24Pi

Justice Ginsburg nobly gave her life to public service, and this is what my opponents had to say tonight. We need to bring back decency, dignity and respect to American political speech. pic.twitter.com/BlwoQj2xpt

If you’re disgusted by what Collins tweeted and by the ghoulish republican response to RBG’s passing, now is a great time to donate to Rev. Warnock’s campaign.