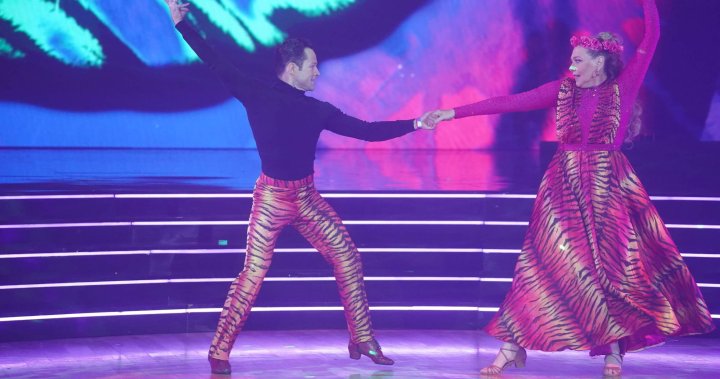 Carole Baskin, made into a household name on Netflix docuseries Tiger King, debuted on reality show Dancing With the Stars Monday night, and in true Baskin fashion, there was drama — though not caused by her.

The family of her long-missing husband, Don Lewis, paid for an ad seeking help in solving his disappearance, and it aired during Baskin’s dancing debut.

For those unaware, Baskin has been under scrutiny ever since Tiger King aired and attention was brought to the fact that her husband went missing in 1997 without a trace.

There have been few clues to help solve his disappearance, and numerous murder conspiracy theories have blossomed online thanks to the docuseries, including one asserting that Baskin murdered her husband and then fed him to her tigers.

Another prominent theory is that Lewis may have flown to Costa Rica and went missing during the journey. Of course, none of these theories has ever been concretely proven, though the internet remains abuzz months after the show ended.

Baskin has repeatedly denied any involvement in her husband’s disappearance, which took place while the pair was still married. Two months before Lewis’ disappearance, he filed for an order of protection against Baskin and alleged that she had threatened to kill him — at the time, Baskin denied his accusation and the order was denied.

Lewis was declared legally dead in 2002. Nobody has been arrested or charged in connection with the case.

The commercial pleading for help aired in Florida cities Tampa and Jacksonville, as well as other markets in the U.S., confirmed industry publication Variety. (Baskin currently lives in Tampa, and her animal sanctuary Big Cat Rescue is also located near there.)

Don Lewis’ daughters Lynda, Gale and Donna, along with his ex-assistant Anne McQueen and family lawyer John Phillips, appear in the ad, which also offers a US$100,000 reward for information about his disappearance. They provided a tip line where people can call in.

“His family deserves answers,” said Phillips at the end of the ad. “They deserve justice. Do you know who did this, or if Carole Baskin was involved?”

“We hit some important places,” said Phillips in the video. “We hope people can help and somebody comes forward and we get justice for Don Lewis.”

“[Tiger King] has a segment devoted to suggesting, with lies and innuendos from people who are not credible, that I had a role in the disappearance of my husband Don 21 years ago,” Baskin wrote about Tiger King‘s accusations after the show aired. “The series presents this without any regard for the truth or in most cases even giving me an opportunity before publication to rebut the absurd claims. They did not care about truth. The unsavory lies are better for getting viewers.”

Baskin inherited millions of dollars and their animal sanctuary after Lewis was declared dead.

After the immense success of Tiger King, interest in Lewis’ disappearance was restoked, prompting police officers in Florida to reopen the investigation. At one point, they claimed, they were receiving upwards of “six tips a day.”

In her DWTS debut, Baskin danced to Eye of the Tiger while wearing a tiger print outfit. Naturally.

— With files from Katie Scott