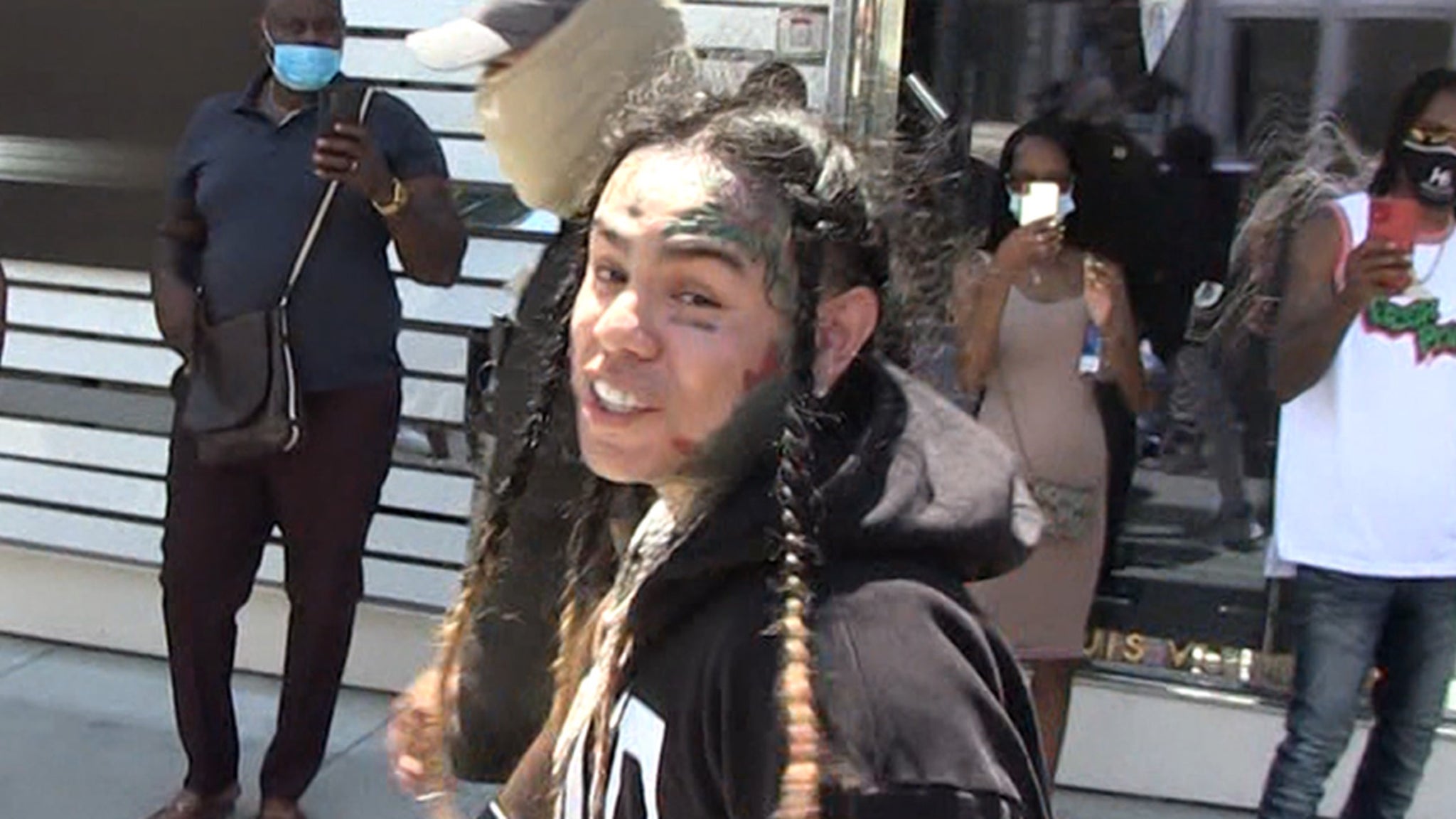 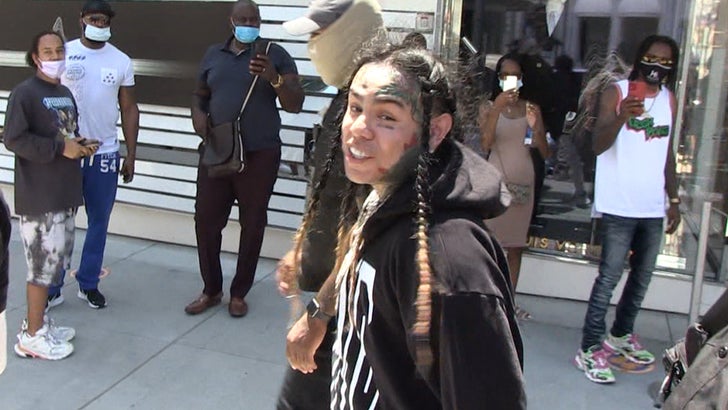 Tekashi 6ix9ine is feeling like Randy Newman … he says he loves L.A. and didn’t disrespect Nipsey Hussle when he visited a mural of the late rapper … near where he was murdered.

We got Tekashi shopping on Rodeo Drive in Bev Hills Friday, where he was surrounded by his security team and flanked by tons of supporters, as well as haters shouting obscenities. You could sense the tension in the streets.

69 tells us everyone claiming he trolled Nipsey’s ‘hood by posing in front of the mural has it wrong … he says he loves Nipsey, which is why he kneeled and paid respects.

Lots of folks are pissed at Tekashi’s stop in Crenshaw because Nispey was famously killed by a snitch, but he says his love for Nip is like L.A.’s love for the Notorious B.I.G.

6ix9ine also shoots down rumors he was robbed while seeing the sights around town. It’s his first time in L.A. since he ratted on his former gang members back in New York, and he’s been met with a mix of anger and adulation everywhere he goes. 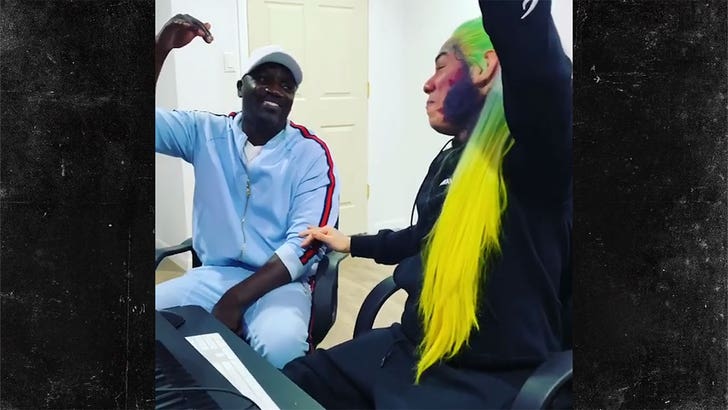 Akon‘s also rolling with Tekashi, but as you can see … they weren’t sticking around with the block getting hot.