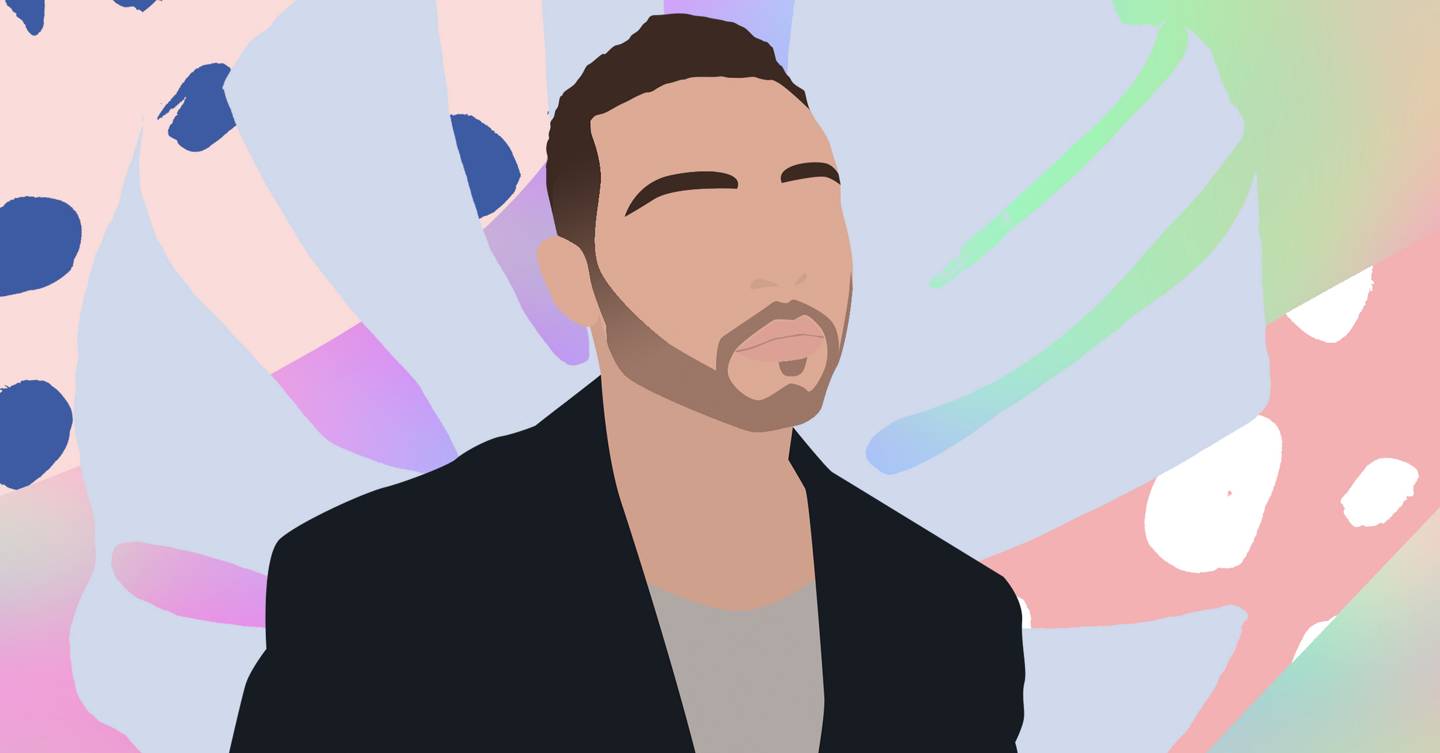 Model and trans activist Kenny Ethan Jones, 26, talks to GLAMOUR’s Elle Turner about the role language can play in the consideration, acceptance and inclusion of trans people.

When you tell people about small acts of ignorance, they don’t realise how it builds up in the bigger picture. That’s why the conversations going on at the moment around acceptance, racism and transphobia are so important. As a black trans man, I’ve experienced negativity in both of these areas. Seemingly inconsequential things like the language you use is a step that everyone can take to remove the stigma especially toward trans people.

JK Rowling’s recent tweets are evidence that the conversation hasn’t moved on as far as it needs to. She responded to an article on “creating a more equal post Covid-19 world for people who menstruate,” by arguing, we should just say “women”, even though this excludes non-binary and trans people. Her books are supposed to be about celebrating individuality, about being brave, and being your authentic self, so to see how she’s using her platform is sad. In the past I thought it came from a place of ignorance, but that tweet – and the essay she published after– indicates that she doesn’t agree with the rights of trans people. It came from a place of hate, transphobia and discrimination, which is hard because I grew up with her books like everybody else.

‘I love you for who you are’: As Emma Watson speaks up for the trans community, activists call for J.K. Rowling to do the same

She’s not alone: there are many people who believe there are only two genders that exist, because there are only two sexes – and honestly, biology is such a spectrum. Biology is the number one thing that transphobic people use to doubt and deny trans people. But intersex people [people born with male and female sex characteristics] exist. That’s proof in itself that the binary model society is so tied to, is limited. The difference between “sex” and “gender” is that sex is the anatomy you’re born with. Gender is the way you identify and present yourself. One is biological, the other – the characteristics we tie to being female or male – is a social construct. Transgender people are often misunderstood because gender is something that’s in the mind. It’s not something that you can physically see and people find that hard to grasp. They hold onto their old biases and belief systems; that trans people don’t deserve to exist.

‘I don’t need a vagina to feel like a woman’: Why changing gender wasn’t about switching one body for another – it was about saving my life

I first told my mum aged 11 years old that my body didn’t feel like me. I started my transition from there. I spent years discovering where my identity sits between my masculinity and my femininity. But it wasn’t until I turned 16 that I started to face the brunt of acts of transphobia. At that time, I changed my name, shaved my head and introduced myself as male.

I’d always experienced shame growing up with periods. Everything period-related was associated with women. I had to deal with not wanting to have period products with me, because it would “out” me as a trans man. When you’re transitioning from female to male and taking testosterone, your periods are meant to stop but mine had continued. When I tried to explain this to my doctor, she really didn’t know what to say. She didn’t understand what was happening, so she couldn’t help me.

This is the reality for trans people; being faced with ignorance. Particularly when it comes to biology. I had many experiences like this. I once went to a clinic to get a check-up for my sexual health and because they didn’t want to ask the ‘awkward’ question of what body parts I have, they gave me both sexual tests and told me to take each. I also wasn’t invited to a cervical screening because I’m registered as male with my GP. They had no clue to inform me it was necessary. There’s no system in place for anyone other than a cisgender male or female [cisgender is where you identify as your birth sex]. I couldn’t get efficient health care going to clinics that weren’t specialised in trans people, so I just stopped going. It’s things like this that make life harder for a trans person, and I wanted to address it.

Two years ago, I became the first trans man to front a period campaign. Pink Parcel approached me and said they wanted to celebrate and acknowledge that it’s not only women who menstruate. At the time I was still struggling with my periods, so it was very close to my heart. It was a tough decision to get involved because I knew that my privacy would be invaded. But, I wanted to help make it a space that was more inclusive for trans men and non-binary people. Ultimately, it came down to my ethos of wanting a better life for trans people. I thought the acknowledgement from a period brand – because it deals with health, biology and gender – was important to support. I don’t think I prepared myself in any way for the reaction (good and bad) that it sparked.

That’s when I really noticed the level of ignorance we still have. People would say: “Why do you want to be a part of this? Why do you have to take space away from women?” The way that women experience periods and the way that trans men experience periods is completely different, but both are valid. When we only use the word “she” around periods, everything is built on the fact that it’s only made for women. It means people like myself are not catered for or included. It plays into things like healthcare and my GP not knowing enough to help me.

When the sanitary towel brand, ALWAYS, took the gender symbol off its packaging at the end of last year, it was an acknowledgement that they were being inclusive and that they were considering us. A lot of people couldn’t understand why they would do that or why it was important, but for a big company like ALWAYS to stand up and support trans people, it sends the message to so many other companies that they should be doing the same.

People need to get over the idea that trans women or trans men are invading feminist spaces, we’re not. Women are always going to be at the centre of conversations about periods, on the basis that there are less trans people in the world, and when you break that down to the number of trans people who experience periods, it’s even smaller. As trans men move on in their transition and take testosterone, their periods stop. But I want us to be welcomed in that space and I want us to be thought about. That’s all you’re doing, by being inclusive with language. It’s not trying to take the conversation away from women, or disrespecting what women go through, or the sexism they face because of it. I’d never wish to do that.

I’m optimistic that we’re moving to a place where there will be some progression, hopefully with some lawful change. In light of everything that’s happened recently, the attitude towards the injustice that minority groups like trans people face is going to be recognised a lot more than it ever was before. Everyone’s a bit more woke and socially conscious of what’s going on. Hopefully we’ll get to a place where acts of transphobia just won’t happen.

Overall society needs to come to a point where trans people are just treated the same as everyone else. Our experiences are a little bit different, but ultimately we are people and we are equal. That’s what I would like to see. That’s what my activism strives to do – to provide the knowledge to patch this understanding. Trans people aren’t a problem, it’s the way that society sees trans people that’s the problem. Until that changes I don’t see being trans getting any easier.