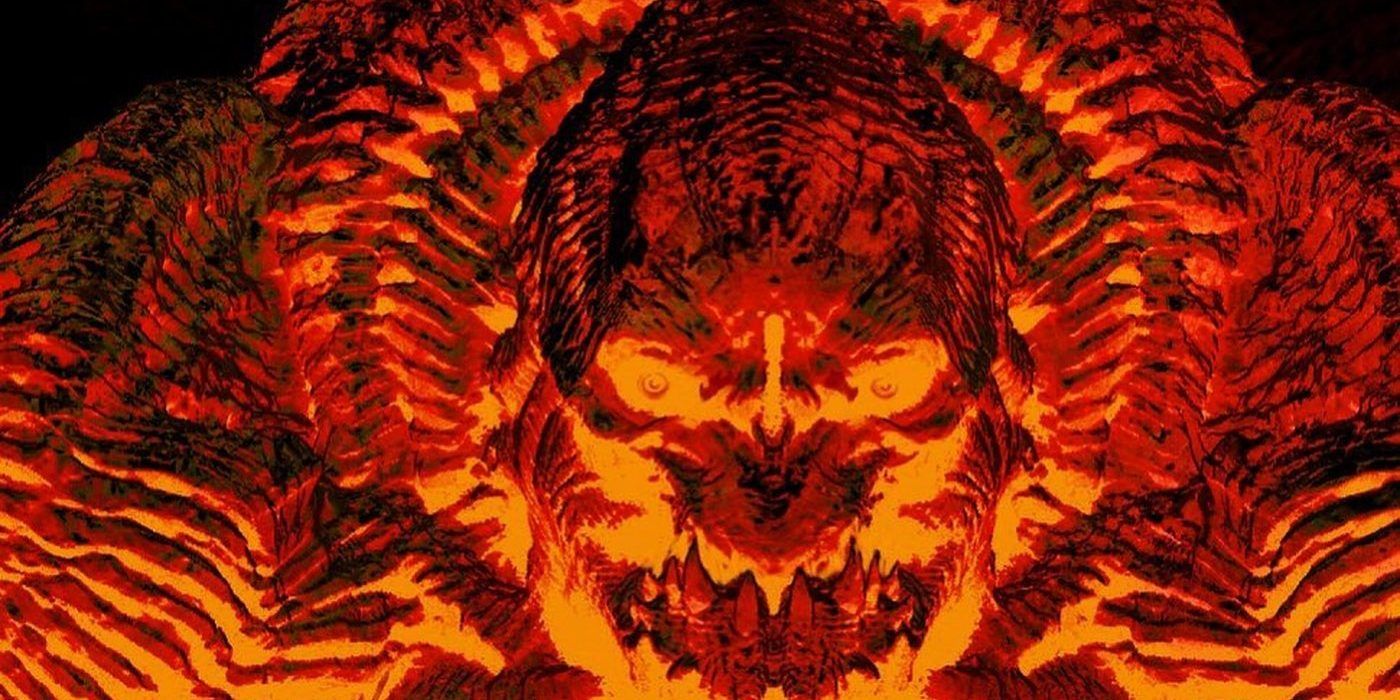 Concept artist Jerad Marantz gives fans a look at an early Wrath design for Warner Bros.’ Shazam!. The action-comedy follows Billy Batson, a foster kid who is begrudgingly chosen by the ancient wizard, Shazam, to receive an array of superpowers. Shazam has spent centuries in a place known as the Rock of Eternity, waiting for a champion who is pure of heart. However, his search is complicated by the fact that his last champion released the Seven Deadly Sins, killing every other wizard on Shazam’s council.

Shazam does not view Billy to be worthy of the powers of Solomon, Hercules, Atlas, Zeus, Achilles, and Mercury. However, he chooses him because the Seven Deadly Sins have once again been released. Thaddeus Sivana (who failed Shazam’s “pure of heart” test as a child) achieved his life-long and spiteful goal of returning to the Rock of Eternity. He steals the Eye of Sin and becomes the vessel of the Seven Deadly Sins—Lust, Gluttony, Greed, Sloth, Envy, Pride, and Wrath. Outside of Sivana (when he is vulnerable), these demons manifest themselves as monsters, harnessing the power of the sins they represent.

Related: DCEU Theory: How Shazam 2 Will Shape The New Multiverse

Arguably the most intimating of these sins is Wrath. At one point in the film, we see Wrath bite the head off of Sivana Industries’ board member and throw his body out of a window. Marantz, a concept artist who worked on Shazam! Recently posted a menacing picture of Wrath to Instagram. The design below is different than the one used in the final film.

Shazam! alludes to how Wrath and the others were released by Teth-Adam AKA Black Adam thousands of years earlier. He does this to avenge the murder of his family. The sins not only do this but kill millions of people and everyone on the Council of Wizards (except for Shazam). Luckily, Shazam defeats the demons on his own and imprisons them within statues in the Rock of Eternity. At the end of Shazam!, Billy (as his superhero alter-ego, Shazam) follows in the old wizard’s footsteps by removing the Eye of Sin from Sivana and imprisoning the Seven Deadly Sins. This may be explored in the DC Extended Universe’s upcoming Black Adam solo film.

The concept art for Shazam!’s Wrath is just as terrifying (if not more so) than the version we see in the final film. Marantz’s hellish color scheme evokes a feeling appropriate for one of the franchise’s oldest and most mythological antagonists. Whether we get to see the creature again in Black Adam or Shazam 2, remains to be seen.

More: DCEU Theory: How Shazam 2 Will Shape The New Multiverse

Josh Plainse is an author, journalist, avid reader, movie and television fanatic based out of Wisconsin. After graduating from the University of Wisconsin Oshkosh with a BA in English, he embarked on a career as a freelance writer, providing content for a number of different websites, including Bookstr.com, Mandatory.com, and Comingsoon.net. Josh works for Screen Rant covering the latest in entertainment while simultaneously pursuing the never-ending dream of becoming an established novelist and screenwriter.

Josh would accredit characters such Goku, Han Solo, Simba, and Maximus Decimus Meridius for not only teaching him how to be a man but instilling within him an affinity for storytelling. It is this incessant obsession which has propelled him to seek opportunities that inform, entertain, and inspire others. Beyond that, he enjoys the occasional Spotted Cow (shout-out to New Glarus Brewing Company), doing push-ups, and wearing jean jackets on Tatooine.