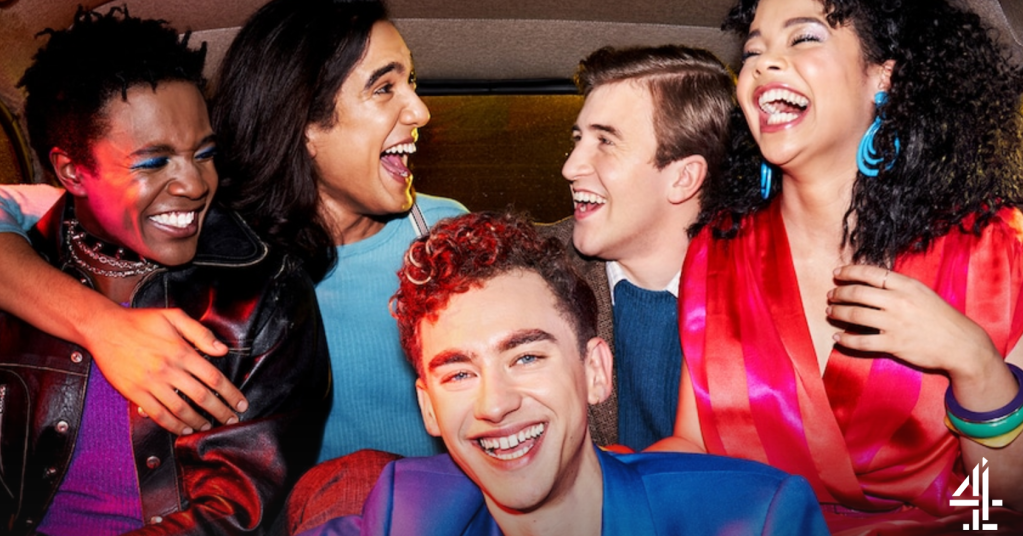 UK TV producers have made a last gasp attempt to stop the next Prime Minister privatizing Channel 4 as the country prepares for Monday’s big announcement, but the noises coming from Liz Truss and Rishi Sunak’s camps are not good.

More than 750 indies including major groups such as All3Media and Banijay signed an open  letter organized by UK trade body Pact urging either Truss or Sunak to “reconsider plans” that would have a “devastating impact not only on production companies, but also on the country’s levelling up efforts.” “Levelling up” refers to current Prime Minister Boris Johnson’s drive to level the playing field between metropolitan areas like London and other regions. Scroll down for the full letter.

The letter flagged research that found privatizing Channel 4 would lose the nation’s indie film and TV sector £4.2B ($4.9B) across a decade as the It’s a Sin network would no longer be prevented from producing shows in-house, which makes up part of its current remit.

Production companies outside London would suffer, it added, as quotas for making shows outside the capital would be “substantially lowered.”

“In the current economic climate of high inflation, the rising cost of living, widespread strike action and public services trying to rebuild from the pandemic, now is the time to focus on more pressing challenges than the unpopular privatisation of a beloved broadcaster,” said the letter, pointing to recent polling finding the sale of Channel 4 is bottom of Conservative voters’ priority lists.

“We recognise that Channel 4 is not perfect, just like every other organisation. However, taking forward privatisation plans in their current form would damage a thriving independent sector, deter voters, and endanger [former UK Prime Minister] Margaret Thatcher’s legacy. We strongly urge you to reconsider these plans.”

The new Prime Minister, who is being appointed by Conservative Party members after Boris Johnson resigned in disgrace in July, will be unveiled on Monday around 12.30PM BST (4.30AM PT).

Pact has repeatedly pushed the government to reconsider since the plans were first forged last year and, while they passed through parliament in May, any new Prime Minister could reverse them through legislation.

The noises coming out of favourite Truss’ camp are not good, however.

She is a free marketeer who, while not fully committing to privatization, said she “prefers to have companies operating in the private sector” when questioned on the subject during one of many hustings several weeks back.

Sunak, who polling shows will likely lose, has also said he will “take forward” Channel 4 privatization.

The lobbying will not stop here and indies are preparing for a renewed bombardment to prevent the new Prime Minister pushing through the legislation that they are unilaterally in agreement will damage the sector.

The open letter in full

Should you become Prime Minister in September, it is critical that you reconsider plans to privatise Channel 4.

You have both declared yourselves as proud Thatcherites, but what better way to honour Margaret Thatcher’s legacy than to uphold the very organisation she set up?

Her aim with Channel 4 was to create a disruptive force that would spark competition and inspire entrepreneurship. She achieved just that, leading to the creation of the flourishing independent TV and film production sector we see today. It is one of few that have rebounded completely from the pandemic, contributing revenue to the Treasury and the economy.

Bringing Channel 4 into private ownership would hurt the sector that Mrs Thatcher helped to build, as it would enable a new buyer to consolidate production in-house and commission far less from the independent companies we represent. Over the next decade, it estimated that this shift to in-house production would lead to a loss of £4.2 billion to our thriving independent film and TV sector.

In particular, the current plans would damage independent production companies based outside London, by substantially cutting the quota for the level of spend required from Channel 4 in the nations and regions. 55% of Channel 4’s spend goes to companies based in the nations and regions, and this will fall to just a 35% quota under private ownership. Channel 4 has also recently opened headquarters in Leeds, but cost-cutting under new ownership could see jobs and opportunities at risk.

Finally, we believe that there are more pressing issues that should be prioritised over the privatisation of Channel 4. Voters and Conservative Party members seem to agree – polling by JL Partners on behalf of WPI Strategy showed that just 26% of Conservative 2019 voters support Channel 4 privatisation. More importantly, only 11% of this small number of Tory voters would put it in their top three priorities for the Government to deliver between now and the next general election. This is the lowest of any policy polled.

In the current economic climate of high inflation, the rising cost of living, widespread strike action and public services trying to rebuild from the pandemic, now is the time to focus on more pressing challenges than the unpopular privatisation of a beloved broadcaster.

We recognise that Channel 4 is not perfect, just like every other organisation. However, taking forward privatisation plans in their current form would damage a thriving independent sector, deter voters, and endanger Margaret Thatcher’s legacy. We strongly urge you to reconsider these plans.

We look forward to working with your Government over the coming months to ensure that Channel 4 can continue to support a thriving independent TV and film production sector.