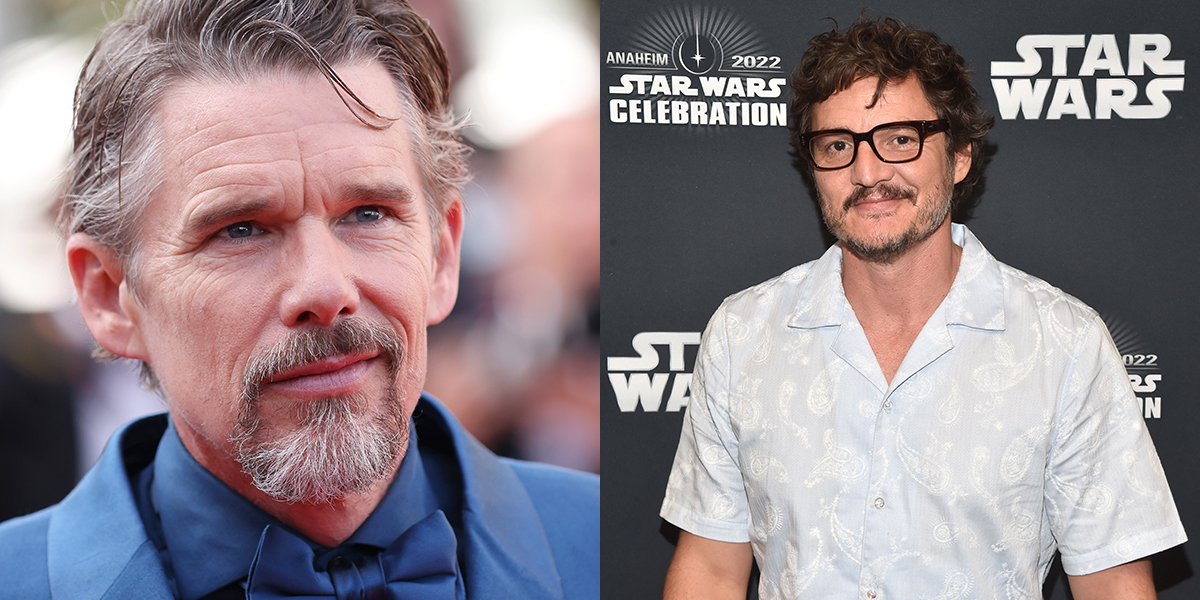 Sometimes, there are things in this world that just mean a lot to you, and these pictures of Pedro Pascal and Ethan Hawke on the set of A Strange Way of Life are included in that. The short film from director Pedro Almodóvar is bringing us a romance between Hawke’s character and Pascal’s character, and so yes, I was already invested in the idea of these two falling in love with each other.

But now, the pictures start to paint a picture of what we can expect from the film, and it is going to be glorious. Almodóvar talked about the film a few months ago and said that it was his answer to Brokeback Mountain, the film by Ang Lee that gave us Heath Ledger as Ennis Del Mar falling in love with Jake Gyllenhaal’s Jack Twist—which was originally slated to be directed by Almodóvar.

For A Strange Way of Life, Almodóvar revealed that Pascal’s character is a gunslinger named Silva, and in these pictures of him with a fun plaid shirt on? I’m in.

For Hawke’s character, he’s a sheriff named Jake (which is maybe why he has this nice little tie on and what looks like a three-piece suit in comparison to Pascal’s plaid look). And we also got a set picture of both Hawke and Pascal standing with Almodóvar on set.

Searching the desert for love

Back when we first talked about the film with Almodóvar’s interview with IndieWire, he talked a lot about his inspiration for the film and how masculinity plays into the story, but he also talked about how one of them is searching for the other.

“So one of them travels through the desert to find the other,” Almodóvar said. “There will be a showdown between them, but really the story is very intimate.” I don’t know about anyone else but that’s all the information I needed to know. These pictures just help me think of all the ways this movie can emotionally wreck me but this quote alone is one that has me incredibly excited for the film.

Both Ethan Hawke and Pedro Pascal our powerhouses when it comes to their performances, and working with a director like Almodóvar? It’s going to be an amazing journey for all of us, and I will need about a million more pictures of Pedro Pascal in this plaid shirt. For research, obviously.