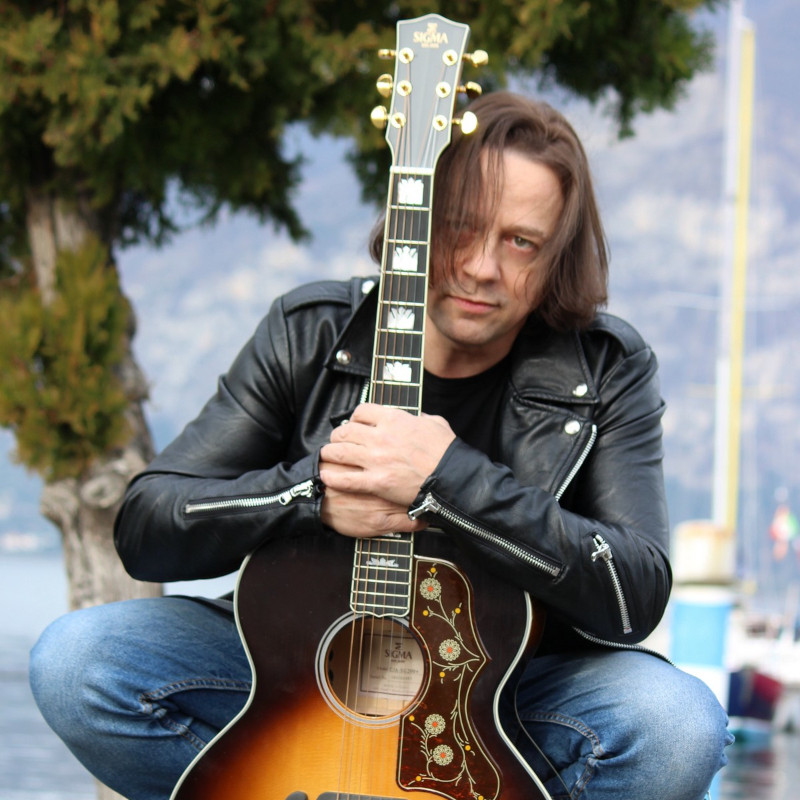 The best collaborations are those that aren’t forced; they’re organic, and they come together through a shared passion as opposed to a mutual financial interest. There’s nothing wrong with two opposites getting into the studio together at all, but when you’ve got a pair that are as connective with their work as Lorenzo Gabanizza and Jeff Christie are, there’s something all the more magical about the music that gets made.

Gabanizza and Christie are teaming up for the new single “I Guess I Am the Only One” this summer, and if you’re a fan of a melodic, swinging country that doesn’t put a lot of emphasis on the frills the genre is generally associated with, it’s a track I think you’re going to be better off hearing. These musicians find their center buried in a slew of fine melodies in this song, and though I’ve gotten increasingly picky about the country I listen to through the past few years – largely thanks to the talent boom within the genre’s best scenes – this is a work that I find as good as anything the mainstream has been celebrating as of late.

When I put on “I Guess I Am the Only One” for the first time just a week ago, I immediately liked the crispness of its master mix, which has been one of the harder elements to come across in a lot of the indie country I’ve been listening to over the past year. I don’t want to say that Gabanizza is a stickler for perfection in the studio, but there isn’t much evidence in this release to support any notion that he doesn’t go above and beyond to create a nice foundation for the story he and Christie are looking to tell with this single.

There’s something very electrifying about the way these guys are employing even something typically mundane like the pace of the strings to give the lyrics more of an emotional footing, and their elegant execution is a quality that I can only wish to hear more of on the FM dial in 2022. The vocal is never removed from the rest of the mix, either; there’s a blending to the details in “I Guess I Am the Only One” that wants for us to get into the music with as much enthusiasm as we would in a live concert, which is always a plus for any studio recording.

I didn’t know that Lorenzo Gabanizza and Jeff Christie were planning this collaboration before I got the chance to hear a pre-release copy of the song, but they’ve got a solid hold on a style that is bound to bring them a lot of interest from those who take it the most seriously. “I Guess I Am the Only One” isn’t totally devoid of cosmetic moxie, but it isn’t dependent on it by any means, and this alone makes it a rather worthwhile listen as far as I’m concerned. This is a great means of Gabanizza and Christie setting the bar high for themselves, and I’m curious to see them try and surpass it in future releases.

Ne-Yo Claims Ice-T Once Gave Him Permission To ‘Squeeze’ Wife Coco’s Butt
The Sandman Finale Sets Up A Future Showdown. But Does It Lack Conviction?
Chris Webber Partners With Quavo, Royce 5’9 & Raekwon For Cannabis Launch
Are Amy Pond and Rory Williams Coming Back for the ‘Doctor Who’ 60th Anniversary Special?
A Lady for a Duke