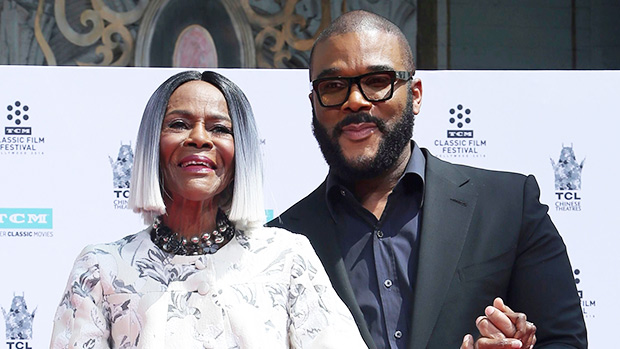 “I’ve never said this publicly, but I took care of Ms. [Cicely] Tyson for the last 15 years of her life,” Tyler Perry told AARP Magazine. Tyler, 52, worked with Ms. Tyson on several films, including 2005’s Diary of a Mad Black Woman, 2007’s Why Did I Get Married? and its 2010 sequel, Why Did I Get Married Too? Ms. Tyson died in 2021 at the age of 96, and Tyler told AARP that he made sure the last few years of her life were spent in comfort. “She was a proud woman,” he said, “and the only reason I mention this is because she wrote it in her book. This woman had done so many amazing things, but she wasn’t well compensated for it.”

“She made $6,000 for Sounder, you know?” he said, referring to the 1972 film that earned Ms. Tyson an Oscar nomination for Best Actress. Perry “wanted to make sure she knew that there were people who valued her. So, she did one day of work on my 2007 film, Why Did I Get Married?, I paid her a million dollars. I loved working with her. And it makes me feel great that I was in a position to give this incredible woman some security in her latter years.”

Tyson’s death was announced through her manager, Larry Thompson. “With heavy heart, the family of Miss Cicely Tyson announces her peaceful transition this afternoon. At this time, please allow the family their privacy,” he said in a statement. “I have managed Miss Tyson’s career for over 40 years, and each year was a privilege and blessing. Cicely thought of her new memoir as a Christmas tree decorated with all the ornaments of her personal and professional life. Today she placed the last ornament, a Star, on top of the tree.”

Tyler Perry was one of the first to publicly mourn her death. “She was the grandmother I never had,” he said in an online statement, “and the wisdom tree that I could always sit under to fill my cup. My heart breaks in one beat while celebrating her life in the next. To think that she lived for 96 years and I got to be part of the last 16 brings me great joy. She called me son. Well, today, your son grieves your loss and will miss our long talks, your laughter from your bell, and your very presence.”

Paramount Looking To Put ‘Smile’ On Moviegoers’ Faces This Weekend – Box Office Preview
Bloodlands on BBC One: What does the term Goliath mean and why is the killer called it?
Regal Closes 12 U.S. Cinemas As Parent Cineworld Grapples With Bankruptcy
Jack Ryan Season (Finally!) Gets a Premiere Date
Leo DiCaprio and Gigi Hadid Spotted at Same Paris Hotel During Fashion Week