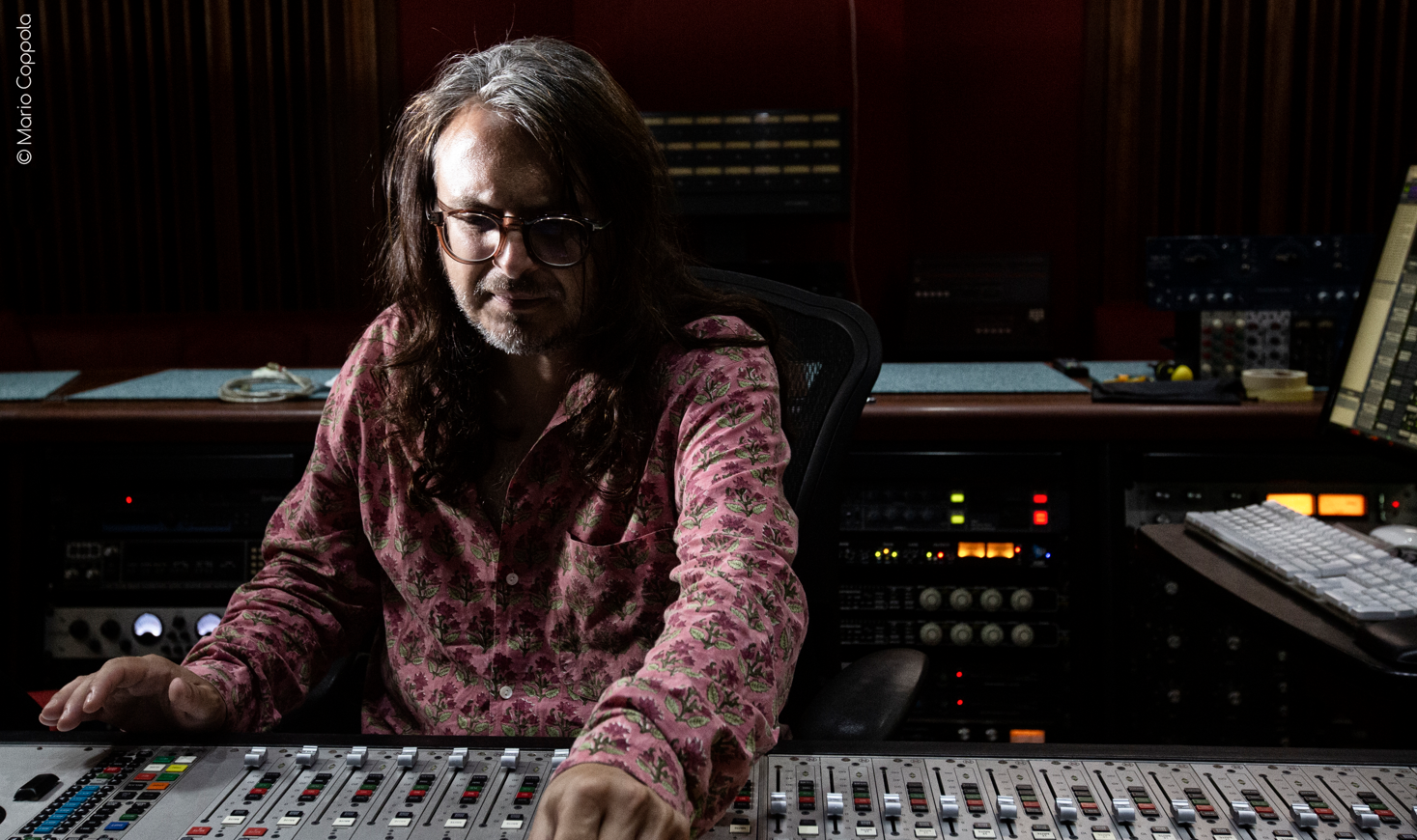 “Bambara’s Symmetries”, the first track on Louis Siciliano’s latest release entitled Ancient Cosmic Truth, wastes little time making an impression on listeners. Siciliano’s fiery and inspired musical instincts find fertile ground in this up-tempo setting and the musicians complementing his vision are sympathetic to his creative direction. It results in one of the more stellar EP releases you’ll hear and packs more power and imagination into four songs than many artists are able to muster for much longer collections. The production is, likewise, superb. The mix fully represents each of the five musicians responsible for this thrilling musical journey rather than spotlighting individual players. It’s a release that’s vigorous, uncompromising, yet accessible.

It is impossible, really, to dismiss the inviting melody underpinning “Bambara’s Symmetries”. Beginning the EP with this track is an absolutely smart move as it shows listeners Siciliano’s music at its most welcoming, never throwing any gauntlet down for the listeners, and instead luring them into the maelstrom to follow with beguiling musicality. Giving the melody to trumpet player Randy Brecker and saxophonist Umberto Muselli is the crucial touch that gives “Barbara’s Symmetries” much of its character and they play with loose-limbed precision that combines feel and skill. He couldn’t open the EP in a better way.

He has you at this point and decides to take some chances. “Translucent Dodecahedron” has a science fiction touch, largely thanks to its title, but the music upends traditional jazz playing in favor of a sort of bebop gone mad. Make no mistake, there’s abundant evidence of Siciliano’s compositional sense strewn throughout the arrangement. He manages the suggestion of oncoming chaos scattered throughout the song in masterful fashion. It has a bright sound that reflects the exemplary production values governing the release as a whole. The assertive use of trumpet and saxophone throughout the track is one of many colorful components raising the song to another level.

“The Secret of Mansa” emphasizes feel over musical thunder and the tracks’ introspective demeanor gives us a welcome shift in tone. It isn’t completely removed, however, from the same musicality defining the earlier songs. His focus shifts during “The Secret of Mansa” without ever losing the essential soul defining the EP. Everything is in a perfect place over the course of this track but, without question, Muselli and Brecker’s playing reaches a zenith with this track that’s difficult to forget.

Drummer Claudio Romano and percussionist Alex Acuna are on point during the entire EP. The finale “Ancient Cosmic Truth” finds them reaching a new peak. They open the song in thunderous fashion and the interlocking rhythms create a propulsive thrust that nearly dominates listener’s attention. Vocals are a new addition to Siciliano’s compositional aims with this song, though they aren’t always front and center during the performance. It’s a wild and unbridled final stab at greatness and the band achieves it with room to spare. Louis Siciliano’s Ancient Cosmic Truth shoots for the stars and will leave any jazz lover a little breathless.

Former Sex Pistols Star Fails In Ireland Eurovision Bid
Are You Ready to Free the Nipple This Spring?
Harrison Ford Rebuffed Rumors He Didn’t Know Who Jason Segel Was, And His Reaction To Forgetting Sarah Marshall Is Not What I Expected
‘American Pain,’ Premiering on CNN Tonight, Documents Twin Brothers Who Became Florida’s Opioid Kingpins
Korean Content Streamer KOCOWA Adding Films And A ‘+’ To Its Previous TV Fare