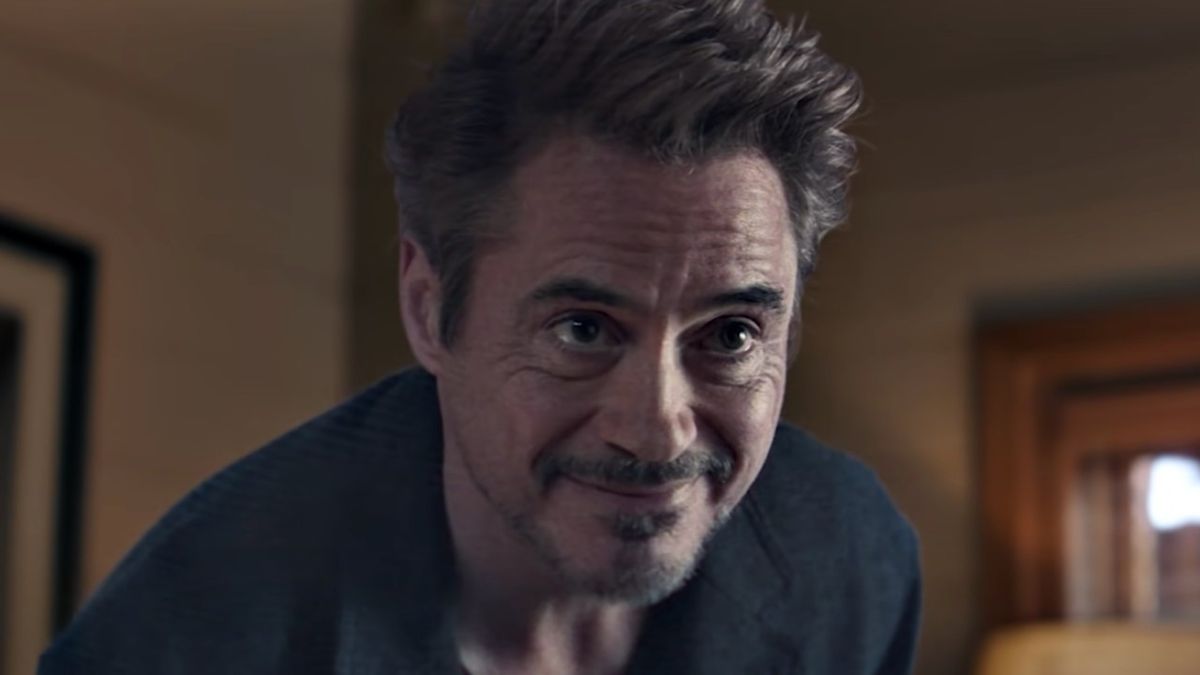 Robert Downey Jr. isn’t afraid to take a chance with becoming the characters he takes on; his roles in Chaplin and Tropic Thunder proved that. As Downey Jr. prepared for his next role, the Avengers actor decided to let his kids get in on the act. They took part in RDJ’s physical transformation by shaving his head. Viewers might’ve doubted it happened if there wasn’t a video to show the process.

The former MCU star took to his Instagram account to share a sweet moment between him and his kids. Robert Downey Jr. is set to start production on the HBO Max series The Sympathizer. Of course, becoming a character is a mental and physical transformation. Playing a prisoner of war is no different, but he got his young children involved in his physical transformation. RDJ decided to let his kids shave his head for his upcoming role. Check out the video clip to see how things played out as the movie star’s kids used various tools to give their father a bald head.

The ending channeled the Halloween spirit. The mischievous look in his daughter’s eyes said everything about the moment. Of course, getting into holiday shenanigans is nothing new for Downey Jr. as he dressed up as the Easter bunny earlier this year. Turning Downey Jr’s head into a painted jack-o-lantern would be a great solution for any kid. Craving pumpkins is hard, as seen early in the video, so bargaining with the father of three for a makeshift carved pumpkin over money, toys, etc. worked out overall. RDJ was down for paying his kids in genuine fun to celebrate All Hallow’s Eve like any dad.

But let’s talk about Downey Jr. and his new bald look. The Doolittle star didn’t look too bad with a clean-shaven head. He has a great head shape for pulling off a shiny dome. With Henry Cavill returning as Superman, RDJ would be a nice Lex Luthor if Jesse Eisenberg decides to pass on the Man of Steel sequel. For first-time barbers, his children did a decent job from the first shave to the star’s clean and shiny scalp. If the Downey kids don’t follow in their famous father’s footsteps, they could open up a barbershop in the future.

The HBO Max series will feature RDJ in an undisclosed role, as well as serving as executive producer. Based on a Pulitzer Prize-winning novel, The Sympathizer will follow a North Vietnamese mole’s life from the Vietnam War to his days in Hollywood to his return to his home country. It is unknown who will join RDJ in the series and when it will premiere.

Just because he’s doing a TV series doesn’t Robert Downey Jr. is done with the silver screen. He will return to movie cinemas in 2023 for the star-studded biopic Oppenheimer. While viewers wait to see what’s coming next in Downey Jr., you can revisit his time as Iron Man by watching the Marvel movies in order. The Iron Man star wasn’t in any films this year outside of appearing in the Robert Downey Sr. documentary Sr. Check out the upcoming movies arriving in theaters during the last months of 2022.

A Million Little Things: Things We Must See Before It’s Over!
15 Types Of Chains For Men and How You Should Wear Them in 2023
The Latest Gucci Drop Is the Perfect Way to Celebrate Valentine’s Day
Magnify Media Sales Chief To Exit As ITV Studios Takes Over Catalog
Zachary Levi Says He Agrees That Pfizer Is a Danger to the World