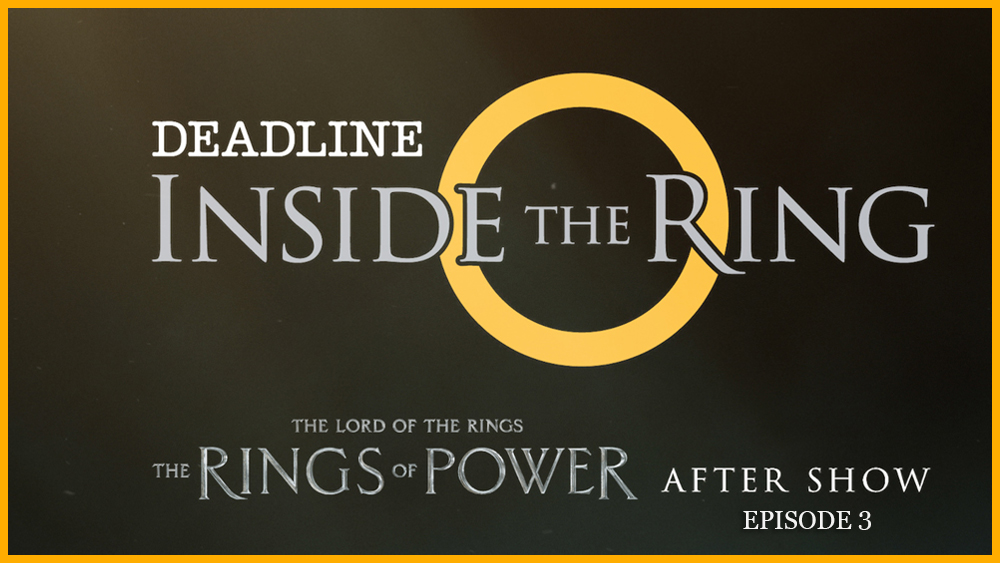 SPOILER ALERT: This video contains details & exclusive behind-the-scenes looks from the third episode of Prime Video’s The Lord of the Rings: The Rings of Power, which dropped on September 8. A new episode of Inside the Ring will drop every week of Season 1 of Rings of Power. Check out past episodes here.

“I love my opening line of my character, which is ‘One of the Eldar on my ship, strange tides indeed,’ ” The Lord of the Rings: The Rings of Power’s Lloyd Owen says of the introduction of Numenorean captain Elendil in Episode 3 of Amazon’s Prime Video series.

The Miss Potter alum was speaking to us for the latest edition of our video series Deadline’s Inside the Ring: LOTR: The Rings of Power after show. Watch it above.

Plus, we have some disco with that Harfooty feeling, and an Easter egg from the first episode of The Rings of Power.

This week’s episode of The Rings of Power finds Halbrand and Galadriel saved from the perils of the deadly sea by Owen’s Elendil. The swaggering seaman brings the duo to the glorious and legendary island kingdom of Númenor for an audience with the Queen Regent and her court.

Back in Middle-earth, the presence of The Stranger is revealed in fiery fashion to all of the soon-to-be-migrating Harfoots.

As more of the orcs’ evil designs are revealed in the Southlands, tensions quickly grow in Numenor as a strident Galadriel demands the aid of the elf-wary kingdom to carry the fight back to Middle-earth. Amidst all that, Halbrand’s true and perhaps royal past becomes clearer as old histories are unveiled and new alliances are forming out of old bonds.

The Lord of the Rings: The Rings of Power is led by showrunners and executive producers J.D. Payne & Patrick McKay. They are joined by EPs Lindsey Weber, Callum Greene, J.A. Bayona, Belén Atienza, Doble, Jason Cahill, Gennifer Hutchison, Bruce Richmond and Sharon Tal Yguado. Producers are Ron Ames and Christopher Newman. Yip is co-executive producer and directs along with Bayona and Charlotte Brändström.

Strictly Come Dancing’s Will Mellor on devastating death of his dad and how it changed him forever
20 Of The Best Cargo Pants For Men That Deserve A Place In Your Capsule Wardrobe (Updated 2022)
Moonage Daydream, the new David Bowie doc, takes fans on a weird, wild ride
Shop The Best Bag Trends From Winter 2022
‘House Of The Dragon’ Recap: Rhaenyra Marries After Bloodshed & Criston Declares His Love