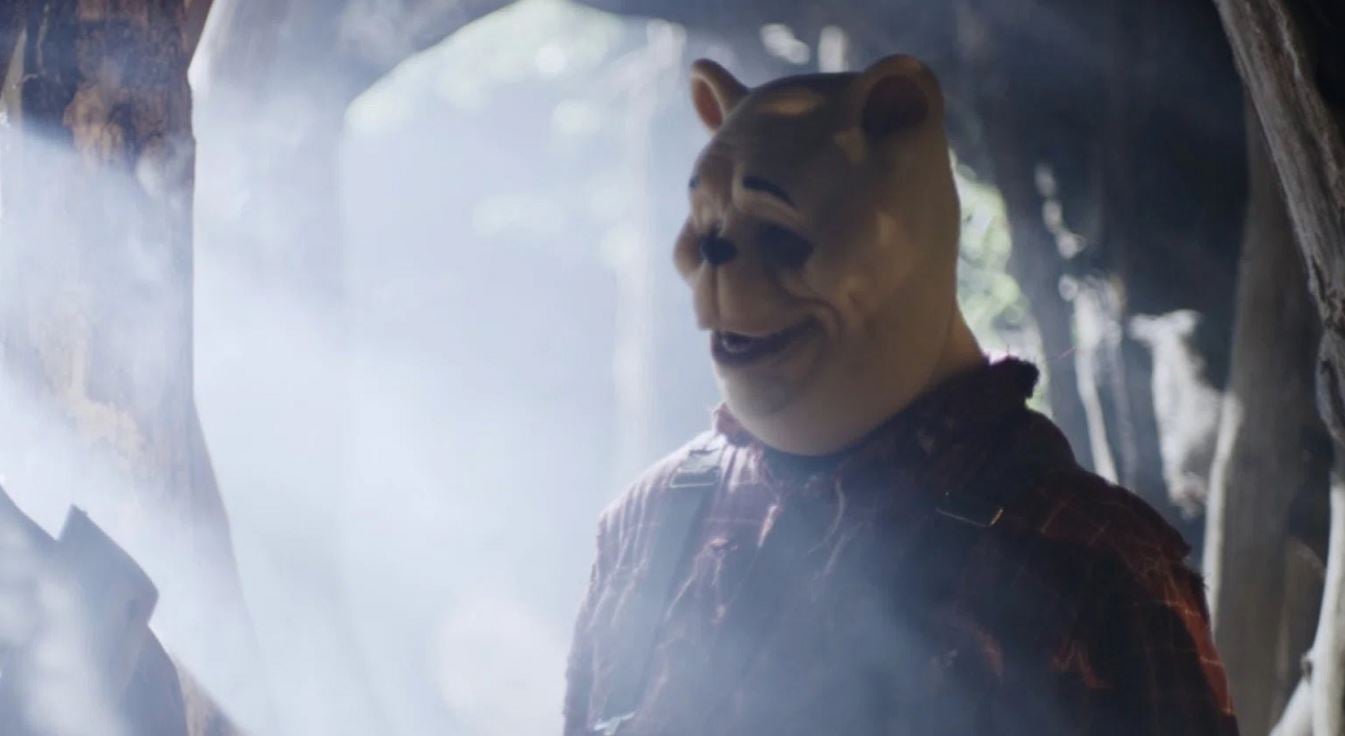 Have you ever thought to yourself, “What if Winnie the Pooh murdered people?” Well, now it’s real! Seriously, Pooh bear’s thirst for honey has become a thirst for blood in Winnie the Pooh: Blood and Honey, which asks us the important question of what would happen if Christopher Robin’s friends went wild. It’s a frightening look at Pooh, Piglet, and the stuffed animals that Christopher played with in his childhood—except for Eeyore, who seems to be dead.

Did I, in my adult life, think I’d ever see Piglet just straight up murdering a woman in a pool? No. I did not. Will I make my niece, who is currently two years old and loves Winnie the Pooh, watch this with me someday? Absolutely.

The premise is that Christopher Robin wants to show his new love the place he spent his time growing up. He wants to introduce her to his old friends, but when he gets there, he senses that something is wrong, and it all seems to go downhill from there. And frankly, I don’t blame Pooh and company! Their lives revolve around when this kid decides he wants to show up! I’d be angry, too!

So as you can see, gone are the days when Pooh was a cuddly little bear who just missed his friend. Shoutout to Christopher Robin, a movie that emotionally wrecks me every time I decide to watch it. (And frankly, the movie that made me willingly spend too much money on this specific Pooh stuffed animal and I refuse to give it to my niece just because they’re impossible to find now. Sorry, Pooh bear is mine!)

Instead, we have Pooh bear looking like a man in a warped Pooh costume, and honestly, if that’s what this ends up being? I’m oddly into it. Quite frankly, I’m into it either way, because seeing Piglet and Pooh tag-team murder some people sounds hilarious.

One of the more delightful aspects of Winnie the Pooh as a whole is that it reminds us that it is okay to still cling to parts of our childhood. I don’t feel bad that I have a Winnie the Pooh stuffed animal on my bed because Pooh taught me to embrace that childish magic well into my adulthood because it keeps my dreams young and alive.

Now, this movie is definitely preaching a different message. This time, it’s best to let your childhood toys die, otherwise they might come back to murder you for leaving them at all. The film is also described as follows: “In this violent new take on a childhood classic, beloved characters Pooh and Piglet turn wild and go on a brutal rampage after being abandoned by Christopher Robin.” Take that as you will.

So, if you dare, Winnie the Pooh: Blood and Honey is coming. And this time, you won’t want to be Christopher Robin exploring deep in the Hundred Acre Wood. Best to leave Pooh and co. behind. If only my boy Tigger were in the public domain. Then he could have been the hero.