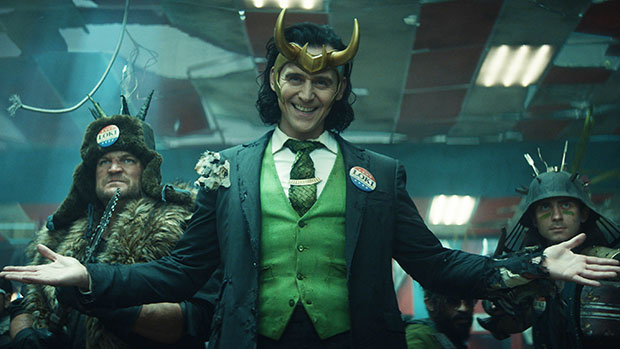 Loki was introduced in the Marvel Cinematic Universe in 2011, but it took a decade for Thor’s villainous brother to get his own solo project, which was the 2021 Disney+ series Loki. The show was a huge hit and was renewed for a second season which is now in production. Loki follows the God of Mischief, played by Tom Hiddleston, after the events of Avengers: Endgame where an alternate version of Loki from 2012 stole the tesseract and created a new timeline. Season 1 dove deep into the idea of the multiverse, which played a major role in Phase 4 of the MCU, including in Doctor Strange and the Multiverse of Madness.

At the 2022 Comic-Con, Marvel Studios President Kevin Feige confirmed that season 2 of Loki will be part of Phase 5 of the MCU. Other Phase 5 projects include the films Ant-Man and the Wasp: Qunatumania, The Marvels, and more, plus other shows like Secret Invasion and Daredevil: Born Again. We’ve rounded up everything you need to know about Loki season 2, including the cast, release date, and much more.

Where is ‘Loki’ Season 2 Filming?

Filming for Loki season 2 began on June 13, 2022 at Pinewood Studios in the United Kingdom. In July 2022, the cast was spotted at the Chatham Historic Dockyard in Kent, England. The following month, on-set photos showed Tom Hiddleston filming with Sophia Di Martino, who plays an alternate version of Loki named Sylvie. It’s unclear when season 2 will wrap production.

When Will ‘Loki’ Season 2 Come Out?

Marvel has confirmed that Loki season 2 will be released during summer 2023 on Disney+, though an exact release date has yet to be announced. It’s expected to premiere around the same time that The Marvels comes out in theaters on July 28, 2023. The second season will feature six episodes just like season one. The episodes were released weekly from June 9, 2021, to July 14, 2021 for season one. The show streams exclusively on Disney+ alongside all Marvel projects.

Who is in the Cast for Season 2?

The following cast members appeared in Loki season 1 and are confirmed to be returning for season 2.

Rafael Casal has been cast in an undisclosed “major role” in the new season. It’s possible he could be the new villain. Wunmi Mosaku is expected to return as TVA agent Hunter B-15. It’s unclear if Richard E. Grant, who plays an elderly variant of Loki named “Classic Loki,” will be back. The same goes for Jonathan Majors as He Who Remains, the creator of the TVA. A variant of He Who Remains, named Kang the Conqueror, will appear in Ant-Man 3 and is expected to be the next big villain in the MCU.

‘Emily In Paris’ Season 3: Everything We Know & What We Can Expect

Who is the Creative Team Behind Season 2?

Kate Herron, the showrunner and lead director for Loki season 1, isn’t returning for season 2. “I would say that when I joined Loki, it was always going to be those six episodes,” she told The Hollywood Reporter about her departure from the show in July 2021. “We were treating it like a movie, and we were running it like a movie. We weren’t doing it in the showrunner system. So it was a lot to direct these six episodes, and I gave it all of my energy and everything I had in my soul and in my heart. I threw everything I loved about Marvel at it. So I just feel like my part is done, but I’m really excited to see where it’s going to go next,” she added.

Season 1 head writer Michael Waldron has signed on to executive produce the second season. Eric Martin will serve as the head writer while Justin Benson and Aaron Moorhead will lead the directing team following their work on the Marvel series Moon Knight.

‘Loki’ Season 2 Plot: What Will Happen?

The second season of Loki is expected to pick up after the events of the season one finale, where Loki ends up at TVA headquarters and comes across Mobius and Hunter B-15, who have no idea who he is. Loki also sees a huge statue of He Who Remains at the center of the library instead of the statue of the Time Keepers. This is after Sylvie kills He Who Remains, which unleashes a multiverse with alternate timelines that the TVA cannot control.

The overall plot of Loki season 2 has been kept under wraps, as is the case for all Marvel projects. But some of the cast and crew have dropped some hints about the next season. Michael Waldron previously told Deadline, “It felt like we had new emotional ground to cover with Loki. That’s the only way into season two. We absolutely found that. It’s a great continuation of that story that feels different from season one and hopefully will subvert expectations.” He also teased a return from Kang, saying, “In creating the show in the first place, the only way it’s worth doing to me is that we can find a new story to tell with this character.”

Tom Hiddleston previously spoke about season 2 in an interview with Total Film. “What can I say? It’s very much continuing to excite and challenge me. At the end of season 1, the story isn’t over. I think that’s really clear,” the British actor said. “Loki’s almost more unstable, and as turbulent and passionate and chaotic as he’s ever been. And maybe some of that needs resolution. There’s stuff to unpack.”

Gugu Mbatha-Raw also teased what’s to come for her character, Ravonna Renslayer. “I feel like there’s so much potential, especially when you’re dealing with time, as Renslayer does, you know?” she told Digital Spy before season 2 filming began. “I sort of keep an open mind. I’m sort of open to the next chapter. We’ll see. I would, of course, be open to (a movie). I don’t know where it’s all going at this point, but we’ll see.”

Loki fans have speculated that at least one episode in season 2 will take place during the 1970s. That’s because there were set photos that leaked of Loki and Agent Mobius dressed in tuxedos in a 70s setting. Time travel and the multiverse will definitely keep being a major factor in the next season. HollywoodLife will continue to keep you updated on Loki season 2 right here.

9 possible reasons you always wake up soaked in sweat
Rihanna to headline 2023 Super Bowl halftime show
Mom jeans still reign supreme in the world of denim, so here are the pairs you need to know about
Maisie Williams Tears Up Recalling “Traumatic” Relationship With Her Estranged Father
EastEnders star Max Bowden becomes first-time dad as ex gives birth to baby