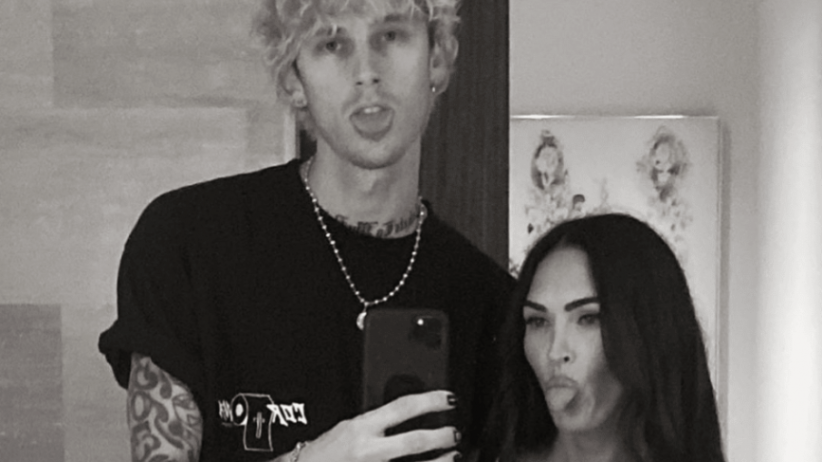 Just days ago, the internet was rife with rumors that Megan Fox and Machine Gun Kelly were breaking up.

They have been keeping a lower profile in recent weeks. Nobody’s been announcing “I am weed” or anything.

But anyone panicking that they’ve split can relax.

A new report says that they’re still together, they’re just busy. In fact … they’re all wrapped up in wedding planning.

An inside source spoke to Us Weekly about where Megan Fox and Machine Gun Kelly stand amidst recent speculation.

“Everything is just fine between them,” the insider assured.

The source then quipped that there is “No trouble in paradise.”

“But,” the source announced, “they are still very much together.”

Characterizing the relationship, the insider noted that “They really are two peas in a pod.”

“And,” the source detailed, “when they have time to spend together, they really are inseparable.”

So why have they seemed so muted lately? At least, when compared to previous buzz?

“They’re in the midst of wedding planning,” the insider explained.

“They could be married by the end of this year,” the source shared.

“Or,” the insider continued, “by early next year.”

So they’re not sending out any save-the-dates just year. But they have a pretty clear vision for their nuptials.

Over the weekend, Machine Gun Kelly was sure to quash those rumors, albeit indirectly.

He didn’t refer to the whispers of a breakup while up on stage.

Instead, he simply referred to Megan as “my wife.” Unless you’re Kanye West, that pretty much clears the air.

But reports make it pretty clear that they are not actually, formally married just yet.

The two met in June of 2020 while filming together.

Apparently Megan and Machine Gun “I Am Weed” Kelly had a whirlwind romance.

Their interviews were, frankly, nauseating to a lot of Megan’s fans and longtime defenders.

Why? Because her statements were kind of cringe. Not bad. She’s not a bad person.

Again, Megan announced that they “drank each other’s blood.”

Machine Gun Kelly also shared that he got an engagement ring that would “hurt” if removed.

Absolutely an edgy 15-year-old’s idea of romance. But you know what? They’re living their best lives.

Mike Tindall admits on podcast he has ‘loads of regrets’ over the Queen’s death
North West Channels Dad Kanye By Covering Face In Paris With Kim Kardashian: Photos
Community Finally Fulfills the Six Seasons and a Movie Prophecy
Grammy-Winning ‘Gangsta’s Paradise’ Rapper Coolio Is Dead At 59
Adam Levine Returns to the Stage After Cheating Scandal With Support From Wife Behati Prinsloo