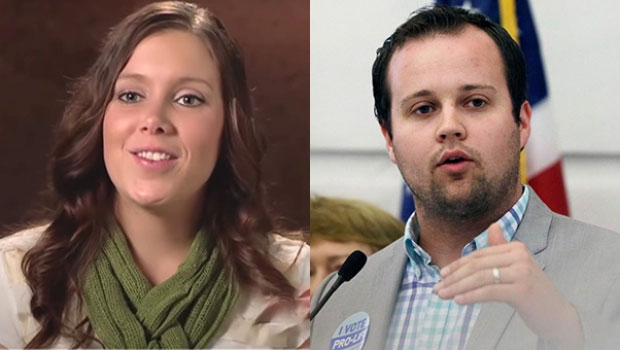 Amy King has a message for Anna Duggar: “I feel for you.”

“You’ve been taught since you were a child that marriage is forever and you prayed for God to send you a partner. You’ve constructed a life and a family with him,” she wrote in the caption of a photo of herself and Anna hugging at Anna’s wedding. “You didn’t choose any of this, and your kids certainly didn’t either. I’m not coming after you with some sort of tough love thing. This is what’s simply on my heart and I can’t help but to express it.”

She continued, “I cried as I read the letter your own father wrote in support of your husband this week. It’s no wonder you’re struggling to know what to do to protect your own kids… you’ve obviously never had an example there. That’s awful and I’m so sorry for that.”

Amy went on to explain how her mom “showed me how to stand up and speak up” and urged that there was “no shame in divorcing Josh.”

“Someday your kids will be old enough to understand what kind of guy their father really is. You can’t protect them from the truth for forever!” Amy continued. “I’m saying all of this publicly so that when they do grow up, they will also know that they had family members shouting from the rooftops that they were worth protecting all along. Your children look up to you so much… Please be the role model they need in their life. Dillon and I are more than willing to help you.”

Amy shared that Josh has “chosen how history will remember him” and said that “as a Mama, your instinct to protect your kids always has to be stronger than your fear.”

“The only people you would upset by leaving are the ones willing to sacrifice you and your children’s safety to protect Josh and his secrets,” Amy concluded, signing off as “a Mama who won’t turn a blind eye.”

Amy’s message for Anna comes eight days before his sentencing.