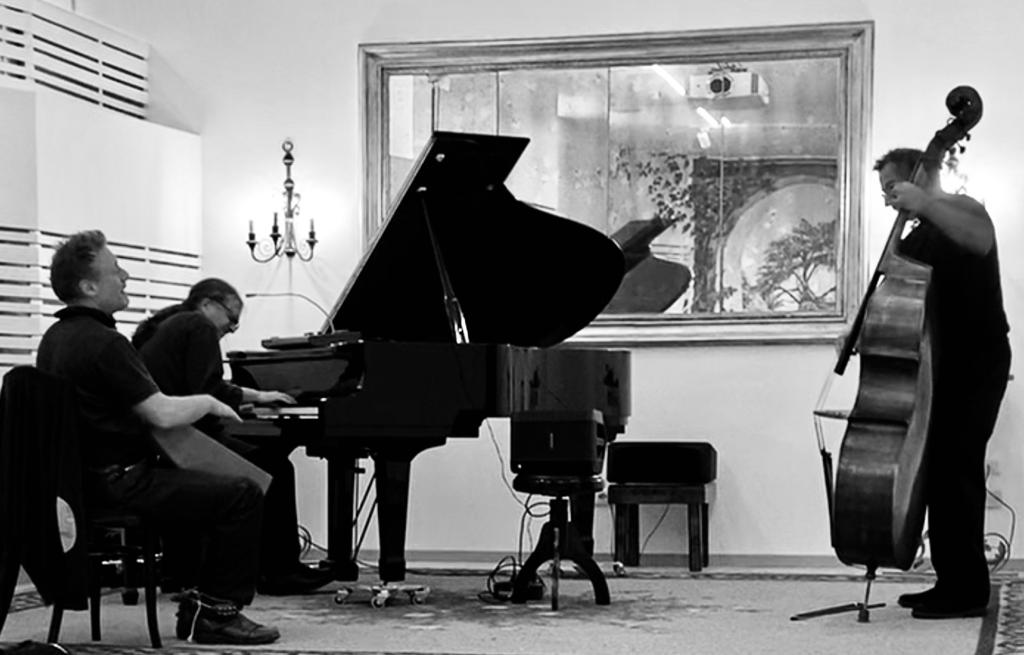 The flashiness of a record is never quite as important as the substance of its tracklist, but there’s room to appreciate both in Mumex Trio’s debut album Folds of Time. With immensely virtuosic skill, this band – made up of Louis Siciliano, Roberto Bellatalla, and Mauro Salvatore – presents music inspired by the adventurous side of life, and while the material itself is very complicated, the play comes from a place of startling simplicity. Mumex Trio doesn’t set out to reinvent the wheel with Folds of Time, but they arguably present such an experimental look in tracks like “The Legend of Mansa” and “Traveling With Wayne” that it’s hard to review their work without using words like revolutionary. They don’t live within any artistic parameters other than their own, and for this reason, they’ve been able to create a near-masterpiece.

Right from the start of “Traveling With Wayne” forward I was in love with the mixing here, primarily because of how concert-like it feels from top to bottom. We can feel the quake of the bassline in “The Legend of Mansa” and the title track the same, even though it’s coming at us from completely different directions in the two songs. Never does Mumex Trio allow themselves to become complacent; whether it’s something devastatingly neurotic like “La Roue De La Fortune” or a more controlled chaos as we’d hear in the aforementioned “The Legend of Mansa,” it’s always being offered to the audience with just the slightest hint of elegance beneath the arrangement.

The brash physical nature of the bottom-end in the title cut could have been enough to break a lot of piano melodies, but for whatever reason, the contrast facilitates a lot of catharsis on the front end here. As is the case with “Traveling With Wayne,” Mumex Trio is proving right off the bat that they aren’t going to toy with pomp and theatrics, but instead the most challenging melodic faceting they can dream up inside of the same studio together. The chemistry is alluring all on its own, but the way they’re using it makes me hope that this isn’t the only time they sit down to collaborate on smart crossover jazz together. If it were, I actually think it would be a shame for their scene and the underground jazz movement in general.

It might be the most progressive and meticulously constructed free jazz works that I’ve come across in the better part of the last two years, but there’s no denying the focus Mumex Trio gives even the most intricate of components in Folds of Time. They’re pushing each other as much as they are limitations of their art, and instead of sounding jumbled where a lot of players would typically fall apart under the pressure, they seem to thrive with this kind of material in front of them. Records like Folds of Time don’t come around every day, and if I don’t get the opportunity to see these three come together on the stage sometime, this album will feel like a terrible tease for jazz aficionados everywhere.