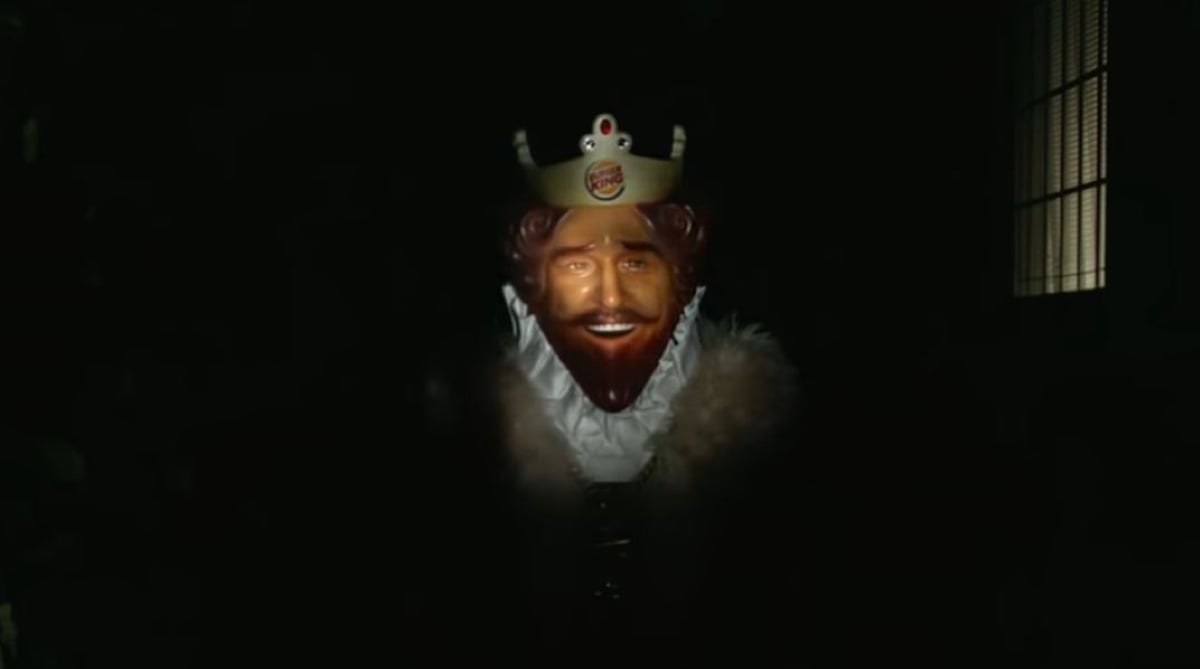 In today’s episode of “headlines I didn’t think I’d be writing,” a wrestler named Leroy Patterson (who you may have seen purposefully diving onto thumbtacks on America’s Got Talent) has made it his life’s mission to collect every copy of Sneak King in existence.

When I first came across this story on Kotaku, there were three thoughts running through my head, 1) WHY would you want to plummet yourself onto thumbtacks?!, 2) Sneak King, like, the Burger King game?!, and 3) do people know what the Burger King game is?

It’s that third thought that has led me here today, that, and my sudden fascination of knowing that there is a man out there who decided that if there is one game he must own every copy of, it’s Sneak King.

What is Sneak King?

Well before a certain chicken establishment made a dating sim with an anime eye candy version of their mascot (and, later, a short film starring Mario Lopez), Burger King entered the video game arena with their royal, plastic masked mascot. There were three games released back in 2006, but the one everyone remembers most is Sneak King, a game for the Xbox 360 where you, um, sneak around to give people food fresh off the value menu?

You might be wondering why you were tasked with sneaking burgers over to hungry construction workers who probably would’ve just gone to Burger King during their lunch break. That’s something that’s haunted me since 2006, mostly because I worked retail at the time, and the way I discovered this game was when someone walked into the store to trade it in.

Imagine our faces when we realized that Burger King had created a video game that would, eventually, fill bins at video game stores from people trading it in for, like, a dollar.

How is Leroy’s journey going?

Two days ago, Leroy posted on Reddit that he currently has just over 2,700 copies of the game.

I mean honestly, I don’t quite get the appeal of trying to own every copy of a singular game in general, let alone Sneak King, so… why?

Well, in Leroy’s own words, “As I’ve answered many times, started with one of each of the BK Games, then found 50 Sneak Kings at a dollar store, started collecting as a joke, had around 200, thought it’d be funny to start a YouTube channel, bought some big bulk lots of them, and now we are where we are!”

With its own take on the Burger King mascot as music that sounds like an episode of Pawn Stars plays in the background.

Teaming up with his friend and fellow wrestler, Bobby Ramos (does he also get up close and personal with thumbtacks?), the two are working to get every copy of the game that’s out there. While 2,706 copies is an impressive number (1,000 of those copies came from ONE collector in California), Leroy’s got his work cut out for him if he’s going to get them all. According to Kotaku, an astonishing 2.7 million copies of the three Burger King games have been sold (according to numbers from back in 2007), and with Sneak King being the more popular of the trio, that means there could be upwards to a million copies of “stealthily feed the hungry with a nightmarish mascot.”

I imagine those sales numbers are from when they were bought through Burger King, there’s no telling how much it’s gotten around via being resold at used game prices.

This might be more difficult than slamming your head into a collection of thumbtacks, but at least it won’t be as bloody?

Pachinko: What We Know About the Apple TV+ Adaptation
History Channel Sets Abraham Lincoln Documentary To Air Presidents Day Weekend
‘Hair training’ is the TikTok-approved method of teaching hair to clean itself – but does it work?
Disney World’s Genie+ Is Making Another Change, And This Time Disney Princesses Are Involved
Khloe Kardashian Stuns In Tight Blue Dress For Gorgeous Pics After Tristan’s Scandal