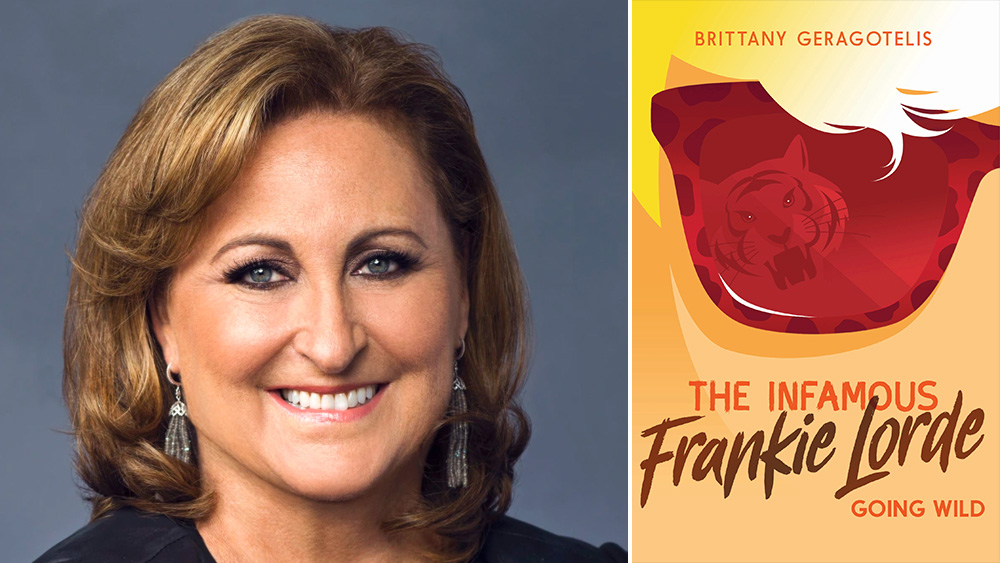 Written by Brittany Geragotelis (Life’s A Witch), the three-volume Frankie Lorde book series, which explores girl empowerment themes, launched in 2020 with “Stealing Greenwich”. The second book, “Going Wild”, came out this year and the third book is scheduled to be released in September 2022.

The Infamous Frankie Lorde book series tells the aspirational story of Frankie Lorde, an ordinary 13-year-old with an extraordinary passion for justice. She’s out to right the wrongs she sees around her, using all the skills she learned as the globe-trotting, cultured, and daring daughter of a notorious thief, to make up for the past. With her new friend Oliver by her side, Frankie takes down bad guys, from terrible landlords to exotic pet brokers, evil tech giants to climate change deniers. Frankie Lorde is on a mission: make the world a better place.

“When I first came across the Frankie Lorde book series, it was immediately evident that it had all the elements to be turned into an exciting live-action movie. Frankie is such a relatable character who is destined to become a hero to the middle school set,” said Zarghami. “We are thrilled to be working with Trustbridge on developing the book series and can’t wait to see Frankie jump off the pages and onto screens around the globe.”

MiMO Studios and Trustbridge will serve as executive producers on the movie.

“We’re all excited about the Frankie Lorde series,” said John String, the head of Trustbridge Global Media U.S. “This is the start of what we expect will be a very long and very successful partnership with Cyma Zarghami and her team.”

Based in New York City, MiMO Studios is a developer and producer of TV-length movies that encourage co-viewing among members of the entire family and inspire positive values through diverse characters and storytelling.

Trustbridge Global Media was formed in 2016 by Trustbridge Partners to build a global children’s content business focused on the creation, development, and distribution of quality literature and entertainment that will endure for generations. The company has operations with interests in book publishing, digital content, film and other media.