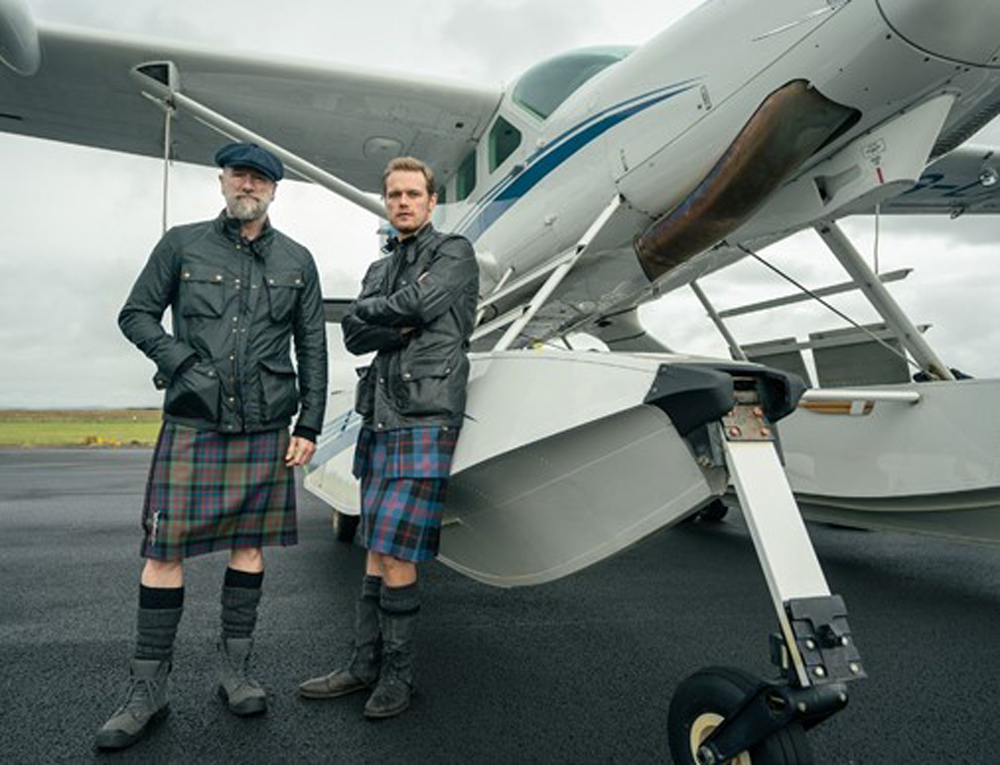 Outlander stars Sam Heughan and Graham McTavish are ready to hit the road again – this time in New Zealand. Starz has renewed their hit travel docuseries Men in Kilts: A Roadtrip with Sam and Graham for a six-episode second season. Developed by Heughan and McTavish, Men in Kilts is produced by Boardwalk Pictures, in association with Sony Pictures Television.

In season 2, the traveling duo will take in the Scottish influence of New Zealand, while diving into its own history.

In Season one, the two reunited for an epic adventure in Scotland, exploring their heritage and meeting people who truly showcase what it means to be Scottish. The half-hour, eight- episode first season of the series offers the duo’s one-of-a-kind perspective on everything from Scottish clans and the Battle of Culloden to whisky tasting and folk dancing. Whether hanging off the edge of a cliff, wrangling a flock of wild sheep or discovering the true legacy of their Outlander characters, both men dive headfirst into each and every experience.