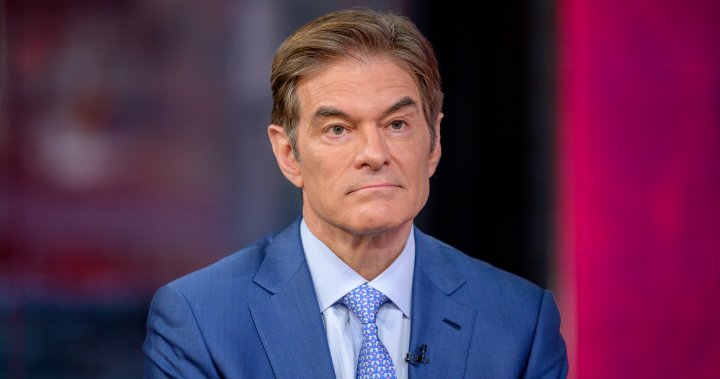 Dr. Mehmet Oz, the celebrity heart surgeon best known as the host of TV’s Dr. Oz Show, is planning to run for Pennsylvania’s open U.S. Senate seat as a Republican, according to two people familiar with his plans.

Should Oz run, he would bring his unrivaled name recognition and wealth to a wide-open race that is expected to among the nation’s most competitive and could determine control of the Senate in next year’s election.

Oz — a longtime New Jersey resident — would enter a Republican field that is resetting with an influx of candidates and a new opportunity to appeal to voters loyal to former President Donald Trump, now that the candidate endorsed by Trump has just exited the race.

Oz, 61, in recent days has told associates and Republicans in Pennsylvania of his plans, according to the two people who spoke to The Associated Press. One person was told by Oz directly, while the other was briefed on a separate conversation. Both people spoke on condition of anonymity to discuss private conversations.

Publicly, Oz has only said through a TV show spokesperson that he had received encouragement to run.

The announcement could come Tuesday night on Sean Hannity’s show on Fox News, which Hannity previewed by saying that Oz would appear on it and that “he has a huge announcement. Hint: think midterm election.”

Dr. Mehmet Oz, the celebrity heart surgeon best known as the host of TV’s Dr. Oz Show, is planning to run for Pennsylvania’s open U.S. Senate seat as a Republican, according to two people familiar with his plans who spoke to @AP. https://t.co/OuPDQPKthb

As one of the nation’s biggest presidential electoral prizes, Pennsylvania put Democrat Joe Biden over the top in last year’s election. His 1 percentage point victory put the swing state back in Democratic hands after Trump won it even more narrowly in 2016.

Oz may have to explain why he isn’t running for office in New Jersey, where he has lived for the past two decades before he began voting in Pennsylvania’s elections this year by absentee ballot, registered to his in-laws’ address in suburban Philadelphia.

His longtime home is above the Hudson River in Cliffside Park, New Jersey, overlooking Manhattan, where he films his TV show and practices medicine. Oz became a household name after gaining fame as a guest on Oprah Winfrey’s show.