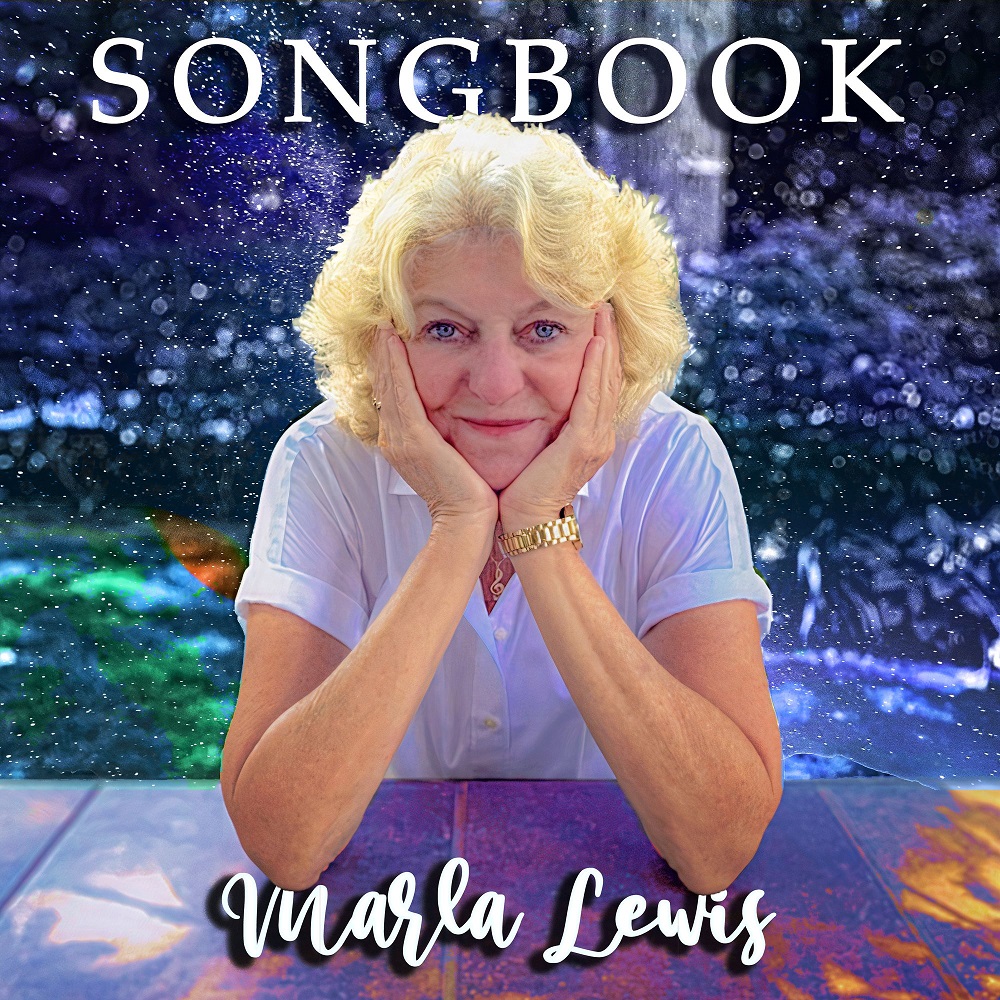 Marla Lewis is anything but predictable. The idea that someone with an established reputation as a performer of children’s material would take an one hundred eighty degree turn into smooth jazz would likely produce an incredulous reaction from any sane listener. Lewis, nonetheless, proves she is a bit of a stylistic chameleon with the ability to inhabit the jazz landscape of Songbook’s tracks as convincingly as she wrote and recorded for kids. The album starts with “Blue Horizon” and the song establishes a musical identity Lewis rarely deviates from.

The basic configuration for these songs is vocals, guitar, upright bass, and drums. Some songs put horns into play, woodwinds and piano as well; backing and double-tracked vocals are crucial as well. Guitar and piano lead the way much of the time and the first song is no different. There are some lead breaks scattered throughout the release, melodic passages as well, but I am taken by the instrument’s largely compositional approach. Lewis understands the dictum “serve the song” quite thoroughly.

Some may find “The First Day” to be maudlin but I admire the straight-forwardness of its message. You won’t find the overwrought language I associate with purple songwriting but, instead, a conversational lyric about empowerment. Horns bring a great deal to this song and its chorus has a great moment with its payoff line. One of the album’s livelier numbers is “That’s All I Want” and the album’s first hint of vocal reinforcement. Including additional voices to put over the song title with listeners lightly underscores the speaker’s message and, once more, the melodic virtues of the track shine bright.

“Kill the Lights” will have many fans. This is arguably one of the album’s most complete tracks, no small achievement on an album full of such moments, and it’s easy to hear why. The lyrics are my favorite on this collection, they are pointed without ever sounding too angsty, and Lewis dramatizes them with exceptional care. I believe another of the album’s later songs, “Your Secret’s Safe With Me”, is one of its most successful. It’s another languid tempo but the song can hang its hat on fluid, melodic lead guitar that almost functions as a second singer.

“April Fool’s Rag” allows Lewis to spread her musical wings a little more than before. I do think there is a slight misstep in the way the vocals are treated, it dilutes their effectiveness rather than enhancing it, but the phrasing is spot on. The six string playing is exceptional. Marla Lewis isn’t like any school teacher I had as a kid, that’s for sure. This is his first release venturing into the world of jazz and adult subject matter but you \don’t hear any nerves. Songbook, instead, sounds like an artist who has discovered her true path. I admire her chutzpah. This is a creative soul who follows her muse wherever it may lead her, and the call of this music is clear. She doesn’t sound like some sort of neophyte fumbling her way to an understanding of this style but, rather, a confident performer at the top of her form.

The music of Marla Lewis has been heard all over the world in partnership with the radio plugging services offered by Musik and Film Radio Promotions Division.  Learn more https://musikandfilm.com