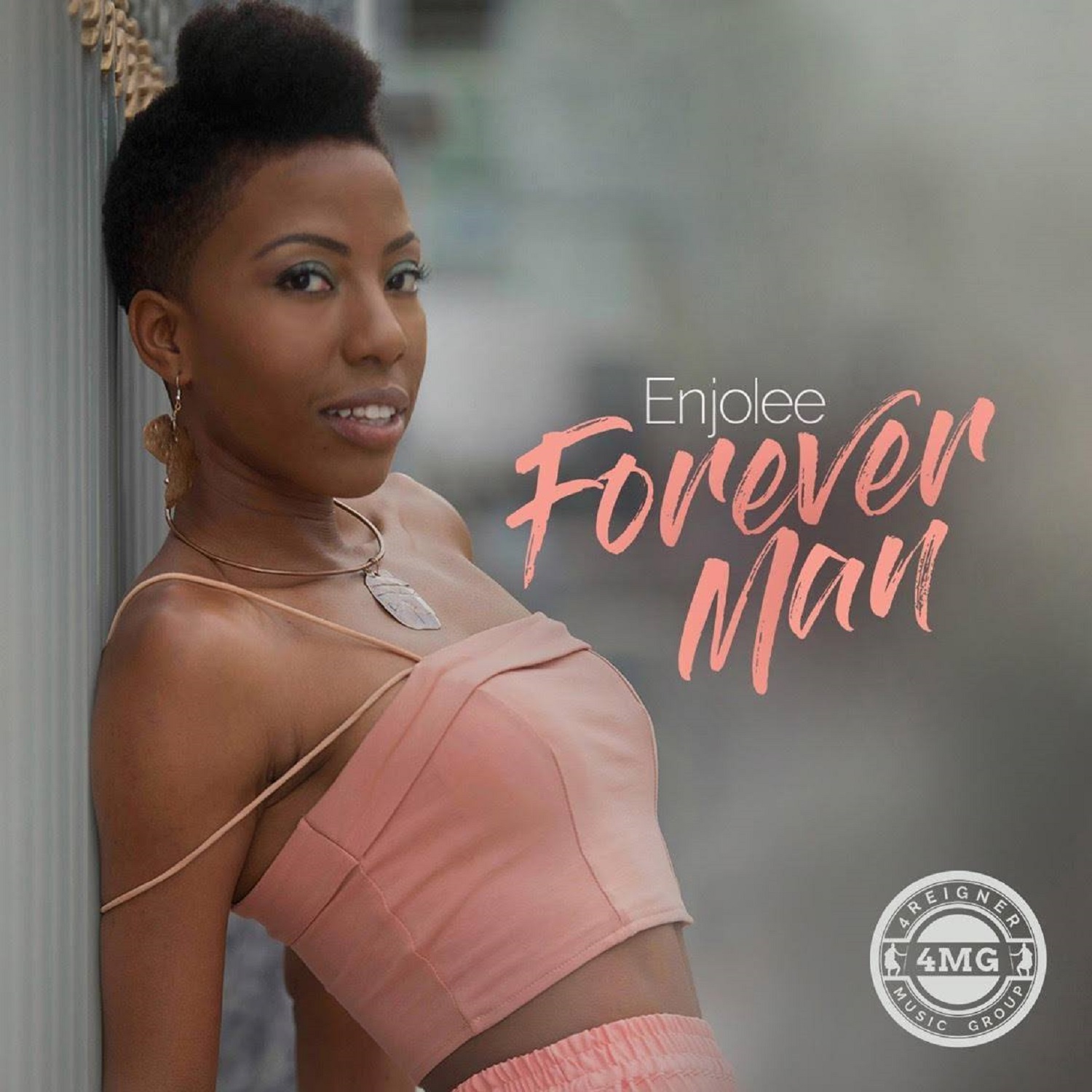 If you’re as gifted a singer as Enjolee is, all you really need to win over the audience is the sort of bright, bubbly vocal performance she submits in her debut single “Forever Man.” Although structurally on the simple side of the spectrum, “Forever Man” doesn’t feel like a track that underutilizes the capabilities of its performer. On the contrary, for this being her very first widespread release, it showcases her talents at their rawest and most unrefined state, thus presenting what could be one of the more remarkably unforced talents I’ve had the pleasure of reviewing this summer.

There’s a very summery feel to this backdrop that draws me closer every time I listen to “Forever Man,” but I wouldn’t say this is because of the beat alone. The collective swing of the instruments has a big effect on the way we’re made to interpret this narrative, and by creating as big a groove in the music as she does her own vocal harmony, there’s never any debating whether or not Enjolee is comfortable sharing the spotlight with something arguably as potent as she is. Without sounding like she has a lot to prove, she demonstrates something to the audience that other artists would just as soon have spent an entire album trying to address.

The youthful spunk to the rhythm of this track makes me want to believe in the emotionality of the words Enjolee is singing to me, but it should be noted that every ridge in the groove originates with her delivery of the verses. She isn’t waiting around on the percussion; she’s setting up the beat with her voice, and thereby assuring us of her swagger with a stinging execution to back it up. Some of her peers are notoriously all talk, but this is one rook you can trust to bring the real thing.

Enjolee’s personality translates in these lyrics seamlessly, and I get the impression she wants to experiment with the foundations of conventional pop songwriting as much as she does the developing lexicon of modern progressive R&B. She doesn’t strike me as someone particularly interested in limiting her output to the commercial interests some third party would box her artistry within, and in “Forever Man,” she makes it rather obvious that wearing her heart on her sleeve is going to be a big part of her mission in music moving forward.

This has been quite the competitive year for pop music, and in the wake of what we saw in 2020, I think we’re all going to benefit from the creative surge. There’s no denying that Enjolee chose one of the harder moments in the history of this genre to make her debut, but with the level of charisma she’s lashing the audience with in “Forever Man,” I don’t believe she has any reason to feel intimidated about the road she has ahead of her. This is a solid sound, and one she can truly call her own – even if it is still evolving into the best product it can become.

The music of ENJOLEE has been heard all over the world in partnership with the radio plugging services offered by Musik and Film Radio Promotions Division.  Learn more https://musikandfilm.com