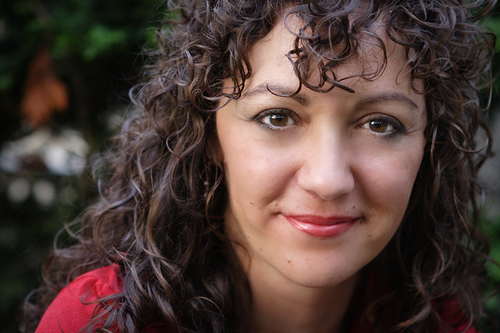 Like a beacon of light in a weary world, Krisanthi Pappas’ catchy single “Hug a Million Times (A Million Hugs” shines a bright ray of hope for many who are only just now beginning to pick up the pieces after one of the worst years in recent memory. We’ve got plenty of music out of the last year and a large chunk of it reactionary to the pandemic, if you google some of the biggest releases last year, most of them with large chunks of work dedicated to the feelings of sadness and anger over the state of the world, sometimes in an almost prolific way depending on when it was recorded, the feelings everyone felt were overwhelmingly negative, and who could blame them for feeling that way. You know when you’re going through a hard time and confiding to a friend and they say “it could be worse” and you kind of get mad knowing that’s not what you wanted to hear, even if you can’t articulate exactly what you wanted?

This song isn’t “It could be worse”, it’s “It’ll get better and count your blessings while you can”. The way Pappas sings the titular lines about hugging the ones she missed feel so rich and textural, it never feels static especially with how each time the chorus comes around the sounds get bigger and bigger, but never overwhelming. It’s an almost annoyingly catchy song and I mean that in the best way, from its simple four-chord structure that recalls the opening of an upbeat 70s sitcom, which makes a lot of sense when you take into account the amount of iconic 70s musical acts that Pappas has been a part of. The standard chord structure lends itself well with how effectively it’s used and thanks to the expert layering and stellar vocals from Pappas it’s something so memorable and will hopefully be a wonderful highlight in her already impressive career. Pappas has worked in TV as an award-winning songwriter and she clearly has her work cut out for her.

There’s a certain general feeling to the whole song that I won’t lie, made me wish we could have gotten more distinct and personal feelings on a less-than-surface level way. It’s not that the song feels shallow, I just love getting a peek inside an artist’s head, and with such an impressive background that’s literally garnered her awards, there’s plenty I want to know about Pappas on a more intimate level. Pappas has a true joy for live performances, especially when you see what massive crowds she’s played in front of (look it up, you’ll be stunned) and I can easily see this becoming a fantastic crowd-pleaser for those looking for a pick me up when concerts become normalized (whenever that is, hopefully soon). I’m not sure where Pappas will go from here, but I know it’ll be fantastic. She should be insanely proud of the work that she’s crafted and I know any listener will eat it up happily. Keep the light going, Pappas. We need it.

The music of Krisanthi Pappas has been heard all over the world in partnership with the radio plugging services offered by Musik and Film Radio Promotions Division.  Learn more https://musikandfilm.com