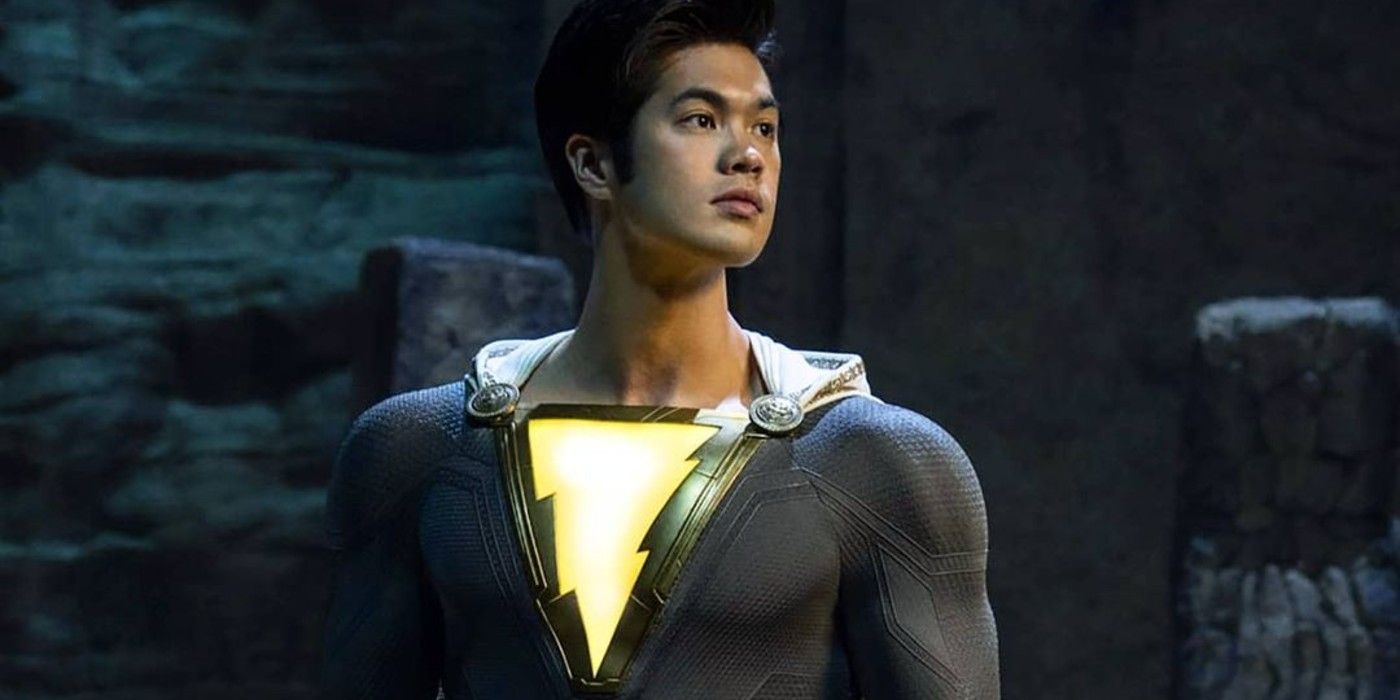 Shazam: Fury of the Gods star Ross Butler teases new costumes for the upcoming DCEU sequel. The normally gritty DC Extended Universe took a much lighter turn with 2019’s Shazam, a bubbly movie that introduced young hero Billy Batson (Asher Angel) to the broader universe. Directed by David F. Sandberg, Shazam told Billy’s origin story: After a run-in with an ancient wizard (Djimon Hounsou), Billy gains the ability to turn into an adult superhero (Zachary Levi) whenever he says the word “Shazam.” The film was a moderate success at the box office, and a sequel was greenlit soon after.

While plot details for Shazam: Fury of the Gods are still being kept under wraps, one thing is certain: There will be more Shazam family team-ups. Billy spent much of the first film gradually becoming accustomed to his foster family, and he transferred some of his Shazam powers to his siblings during the climactic battle. Shazam 2 will further explore Billy’s ties to his new family, as well as their own heroic evolutions. This time around, the battles won’t be a solo effort.

Related: Mr. Mind Should Be Shazam 2’s Main Villain (But Not The Only One)

Butler, who plays the superpowered version of videogame-obsessed Eugene Choi, shared a poignant social media post this past weekend in honor of Asian American and Pacific Islander Heritage Month. “I am proud to be a part of an ever growing community of Asian American entertainers and story tellers dedicated to preserving what makes us unique, redefining what is assumed of us, and setting a new standard,” he wrote alongside a picture of himself from the first Shazam in his full superhero costume. He made sure to note at the end of his caption that the suit is from the first movie, and that he “Cannot WAIT to reveal the fresh updated ones we got made for Shazam 2!” You can see Butler’s full post down below.

Shazam: Fury of the Gods is currently scheduled for release in June 2023, yet production is expected to begin this month. With that in mind, Butler has likely already been fitted for his new superhero costume, and it sounds like it will be a major upgrade from the first Shazam. As the movie itself is still so far away from release, though, it remains to be seen when fans will actually get to glimpse these new, updated costumes. If they’re lucky, this fall’s DC FanDome could reveal some peeks.

Seeing Billy and his siblings team up in their full, godly forms will definitely be a highlight of Shazam 2, and it will be interesting to see how they’ve changed in between movies. With the villains poised to be demigods Hespera (Helen Mirren) and Kalypso (Lucy Liu), it’s certain the Shazam family will need to be a united front if they want to win. At the very least, it sounds like they’ll look great while fighting these formidable opponents.

Rachel LaBonte is a news and features writer for Screen Rant with a deep passion for movies and television. A recent graduate of Emerson College, she majored in Media Arts Production while specializing in screenwriting. She’s been a writer ever since high school when she realized she was rather good at it and joined as many entertainment news clubs as she could while in school. Most notably, she wrote for Emerson’s website Emertainment Monthly, and one of her film reviews won an Evvy (Emerson’s student awards) for Best Review. Her deep love of movies led to her working at a movie theater for five years, which she loved despite the angry customers. An avid reader who constantly buys books before reading the ones she already owns, Rachel is a huge fan of superheroes (especially of the Marvel variety) and wizards and will likely never be able to catch up on all the movies/TV shows she longs to watch.