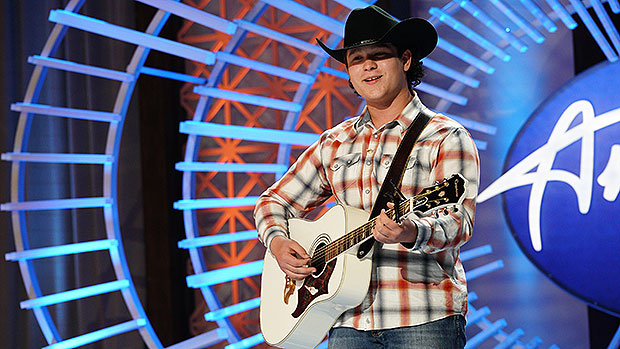 Caleb Kennedy is one of the youngest contestants on ‘American Idol.’ This country crooner is one to watch this season. Here are 5 facts to know about Caleb.

Caleb Kennedy has made quite a name for himself on American Idol season 19. The country singer is just 16 years old, but his talent is enormous. Caleb has already made the top 9 and has his eye on the Idol prize.

The young singer hails from the small town of Roebuck, South Carolina. From his talent showcase on American Idol, it’s clear he’s going to have a future in the music business. HollywoodLife has 5 key things you need to know about Caleb.

1. Caleb performed an original song for his ‘Idol’ audition.

Caleb sang his original song “Nowhere” for the Idol judges. He revealed to Luke Bryan that he’s writing songs “every day” and always has something going through his head. Katy Perry told Caleb that he has “something real special.” Lionel Richie said that Caleb has already mastered a “storyteller’s voice” at 16. All 3 judges voted “yes” to send him to Hollywood. He performed the finished version in a later episode.

2. His parents’ divorce was tough on him.

“I kind of just lost myself and writing songs kind of helped me find who I was again,” Caleb said in his audition video. His mother, Anita, and stepdad, Marvin, sent him a special message during his audition.

After his audition, Caleb took off his hat and revealed his mullet. Luke was all about it. During the top 12 live reveal show, Caleb performed without a hat on. “At first, I didn’t recognize you because he didn’t have the hat on,” guest judge Paula Abdul said. “Now I see the full mullet. I like it.”

4. Caleb has a special bond with his mother.

“I’m very close with my mom,” Caleb said. I love my mom very much. She’s believed in me ever since I started.” His mom also acts as his manager. She books all his gigs.

He played junior varsity football at Dorman High School. Caleb participated in summer football drills. However, he had to give up football to pursue American Idol, according to The State.