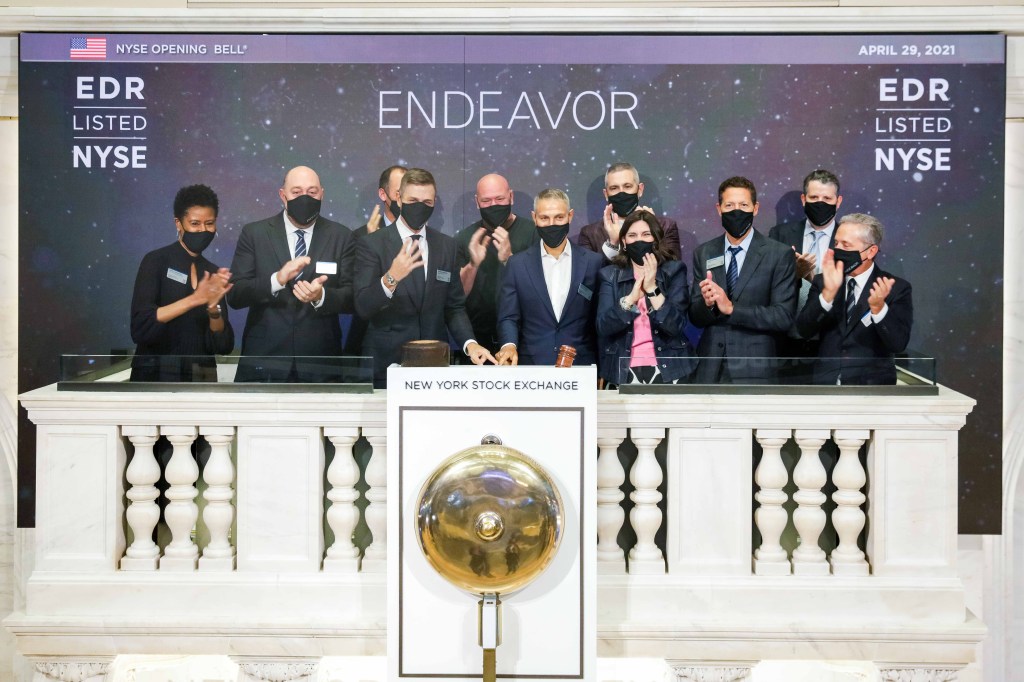 Shares of Endeavor Group Holdings surged over the past two days as the company hit a market cap of $18 billion — nearly double its initial $10 billion valuation in SEC documents pre-IPO.

Volatility’s very common with initial public offerings. But as Wall Street assesses the company’s business and prospects, another set of investors including fans of the popular UFC, and of Endeavor board member Elon Musk, have begun to populate chatrooms with questions and advice.

“All in EDR stock…. Who needs diversity when you have Daddy White and Papa Musk on your side,” urged one post on Wallstreetbets – the Reddit chatroom that launched the GameStop and AMC Entertainment meme stock frenzy. Replies ranged from from: “Elon told me it’s going to $100” to “What is EDR?” to “Ultimate Fighting Championship. You know, THE UFC. EDM owns them now and just went public. EDM is HUGE…owned by Ari Gold from Entourage.”

A post on the more sedate Reddit Stocks chatroom noted the IPO and its $24 offering price, asking for thoughts.

“Geeze the UFC alone is going to be worth more than $10B this might be a great long term investment,” was one.

Another: “It’s overvalued, it’s riding on hype, and once all the bros start seeing their initial buy-in dip, they’re gonna dip too. (Not financial advice.)”

And another: “I think it has been surprisingly un-hyped. Most people I know had no idea Endeavor went public, and that includes a lot of stock traders and UFC fans.”

It’s not at all clear if or how the meme stock effect that hit in force early this year then faded will have any impact on Endeavor. Execs from CEO Ari Emanuel to president Mark Shapiro talked up the company Thursday as a unique play on entertainment and reopening and a less complicated story than the first time it tried to go public without full ownership of crown jewel UFC.

Wall Street was cautious ahead of the listing, ticking off things like Endeavor’s high debt and its multiple classes of stock that leave outside investors with no control.

“IPOs tend to be volatile following their offerings, and that’s been especially true over the last year, perhaps due to increased trading from retail investors. Speculatively, it could be that retail investors, some of whom may be UFC fans, are getting involved in the stock, but that’s just one guess,” said one Wall Streeter. 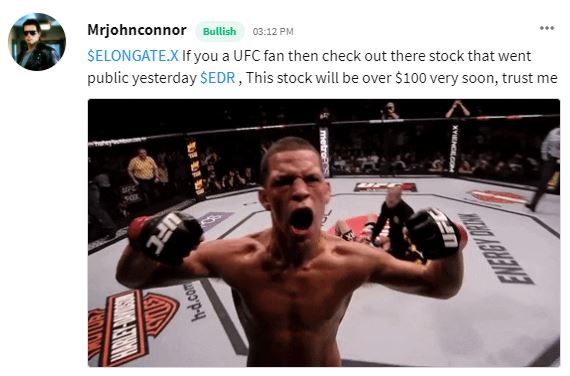 Zach Roloff: Hmm … Maybe I Should Buy the Family Farm!
Even though life is getting back to normal, cases of depression are on the rise. Here’s how to cope with the brutal psychological fallout of the pandemic
Patina Miller Shares Her Mother’s Day Gift Ideas to Spoil Mom
Trevor Noah Asks Tough Questions About Israel and Palestine on The Daily Show
Watch The Simpsons Online: Season 32 Episode 20