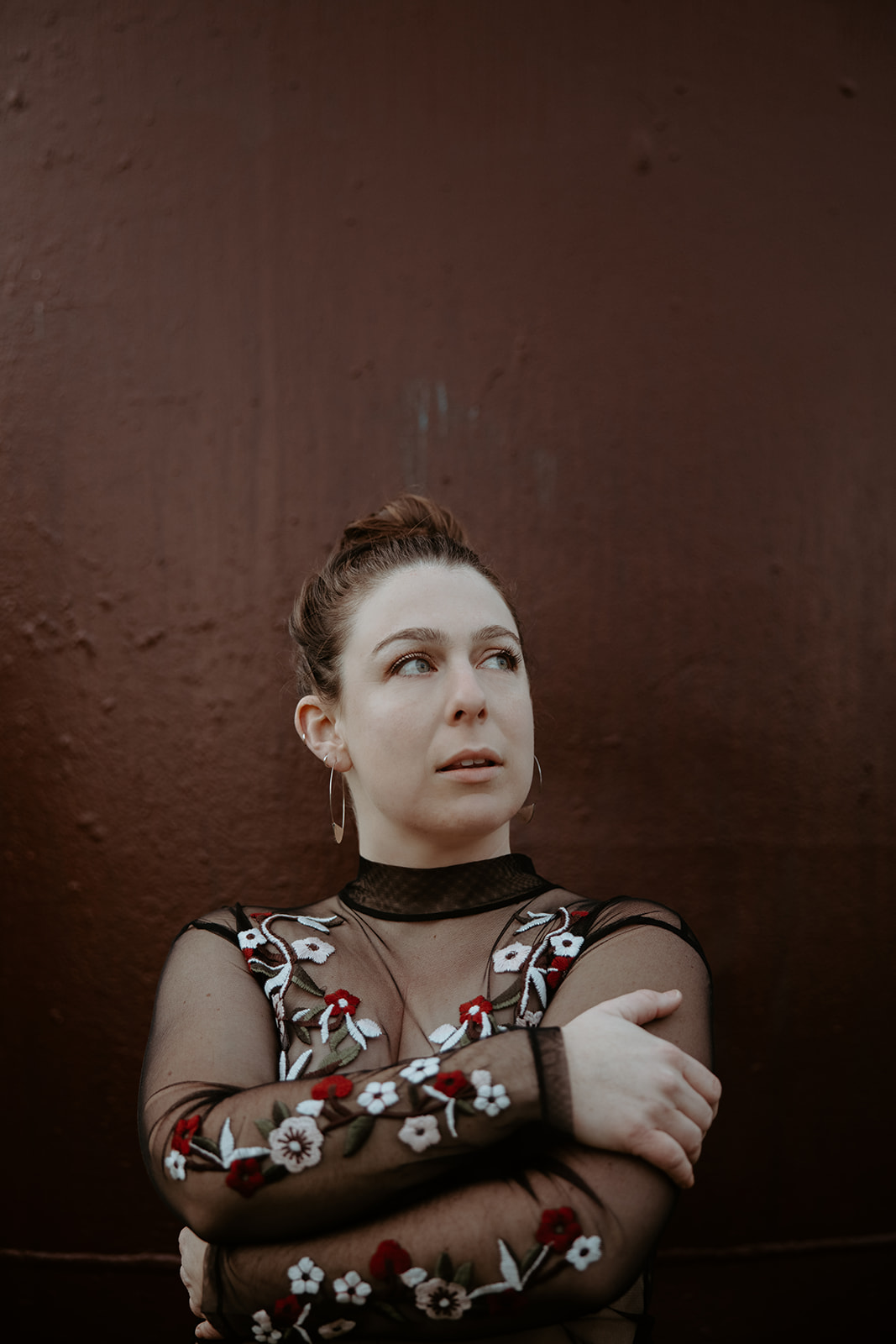 Melanie Rogers’ “Fever” is one of the year’s most evocative and emotionally provoking singles so far in 2021. It’s the most powerful artistic example yet of the full 180-degree turn Rogers has made from her years singing religious orientated or Contemporary Christian material. She has performed for thousands in such settings and her mainstream musical career promises to be even more successful. She had a recent parting with the church that has left her at a critical juncture in her life and, I believe, “Fever” documents her growing sense of liberation in some respects. The vocal is a commanding listening experience and often dripping with emotion, but she never overdoes it. The same gifted musical presence who learned piano at five years old before picking up the guitar at age eleven is present here, at full maturity, inhabiting every line with presence it takes others decades to cultivate.

She gives herself note-perfect lyrical material to work with. Her autobiographical songwriting debut chronicles the downward trajectory of a couple drawn to each other yet lacking any foundation eventually sputtering and crashing into the side of a mountain. It isn’t revolutionary in terms of subject matter, we’ve heard songs cover this territory before and will again, but Rogers provides her own individual take on what it did to her life. She is a keen observer of experience who never shrouds the lyrics in the concrete details of her personal life but, instead, hits upon a universal note many listeners will respond to.

There’s limited instrumentation in “Fever”, but there are highlights nonetheless. I am a big admirer of the guitar playing throughout the track. It wears a handful of faces but remains compelling in any guise. The drumming has a hard natural snap that leads me to believe she is working with other musicians rather than computer-programmed supporting music. “Fever” achieves a seductive live sound without ever going to obvious pain attempting to do so. It unfolds in a relaxed way for listeners while still peaking at all the right times.

It never goes on too long either. She didn’t rely on her artistic instincts alone making this single, but then the to-the-point musical attack of “Fever” is a good indication nonetheless that she understands the merits of concision. The warm sound and inherent beauty of Rogers’ voice gives her melancholy lyric an entertaining sonic veneer, but she balances it by never losing touch of that loss she dramatizes for listeners. This is only one of the first of what is likely an assortment of memorable achievements that will distinguish Melanie Rogers’ musical career and we’re lucky to come in, essentially, at ground zero of her career.

Her songwriting debut will win many over. She has a born facility for the art and clearly understands how to best shape her lyrical ideas around the limits of her voice. “Fever” burns with the hot flush of infatuation but even brighter with the scars left from lessons learned. Her honesty and vulnerability will touch all but the most jaded of listeners.

These supersized products makes shopping for beauty so much more sustainable
‘The Banker’s Wife’ TV Series Scrapped By Amazon Due To Covid-Related Circumstances
5 Things You Might Not Know About Aidy Bryant’s Husband, Conner O’Malley
Watch Last Man Standing Online: Season 9 Episode 18
Training Day’s Eva Mendes Opens Up About Her Past Insecurities As An Actress In Candid Post