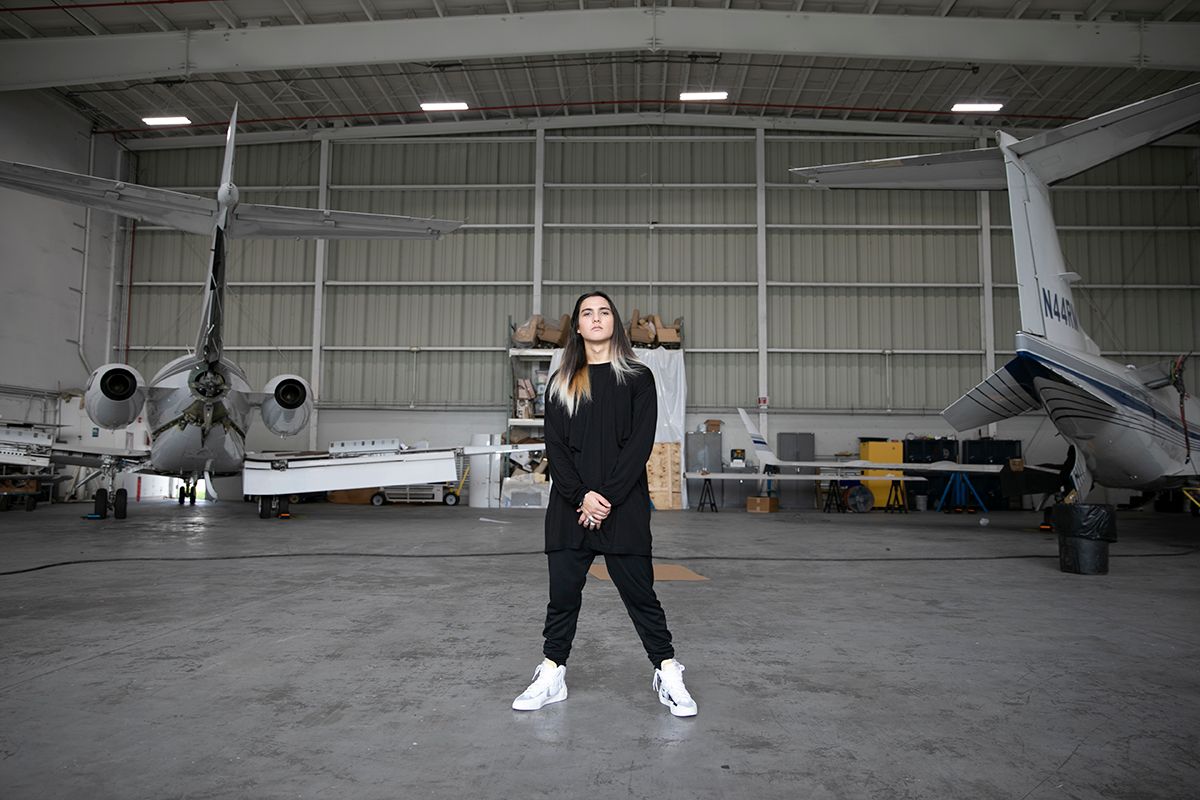 By now many are aware of the humble origins of Eminem. Young man with a passion, works hard on his craft and invests in himself, comes close to stardom but not quite until he’s discovered and is now in control of his own work and his own legacy. Whereas he came from a rough childhood, newcomer and wunderkind Dici will most likely skip step four, and in a handful of years, I can easily see him working at the height of his craft and carving a new niche in the rap game. At 17 years old the Italian born Miami resident has made the best out of our time indoors than most people I know.

A fan of hip hop and rap, after seeing an interview about the hustle game by mega producer Kenny Beats, it inspired him to buckle down and record his first self-titled EP with nothing more than his computer and his gaming headset. If that’s not a testament to Gen-Z’s resourcefulness , I don’t know what is. Sometimes a part of those limitation is present in the production, the beats are fairly standard in presentation and not a whole lot of multilayering, but chalk that up to him learning how to create all of this himself, and even with that said the beats he has created are wildly catchy and fit his fast talking charisma perfectly.

In some cases it might be easier to listen to this as a demo of what’s to come than a solidified statement on his artistry. He’s growing and will continue to grow and with this level of raw talent on display and a hearty work ethic he should be on the radar of anyone looking to develop talent. Sometimes his lyrics might feel out of his depth when you take into account that he’s 17. I’m by no means a prude or squeamish, as a huge Hip-Hop and Rap fan, suggestive content is nothing new, but when you’re hearing a 17 year old brag about his sexual exploits it can feel slightly too mature for him, for now at least. He wears his influences very much on his sleeve, but it never feels like a knock off due to his impressive and naturalistic flow and his energetic voice.

He goes fast and hard on many of these tracks like his larger than life intro “4door”, but I actually found myself preferring it when he slowed down a little bit to really let the power of his words linger without compromising style on the track “305-INTERLUDE.” I think many will ultimately find this album as nostalgic as it is catchy, mostly because it has the power to remind older artists and even inspire younger artists, to remember why they’re chasing their dreams in the first place. I can guarantee you if you put him in a room with a seasoned producer, this kid would come out with gold and become an even stronger artist. Just like Eminem, he’s the underdog and it’s his world now.