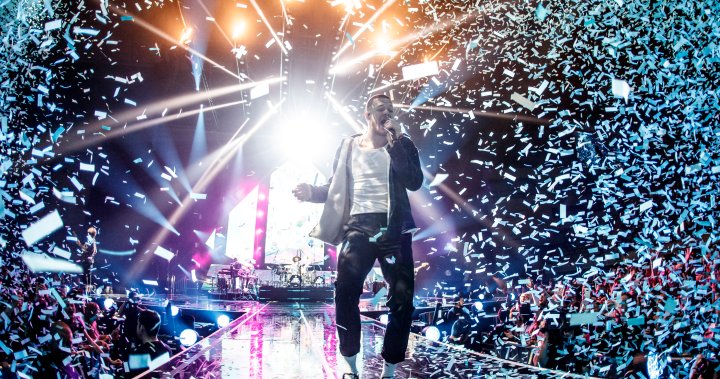 Call it the revenge of the boomers.

Music publishing is both the new gold rush and a speculative play involving a specific commodity — in this case, the continuing ability of great songs to reliably generate money.

Hold on. Back up. What is music publishing and why is it such a big deal?

It’s … complicated, but what we’re focused on here is the actual music created by an artist — the dots that you can put down on paper as sheet music. In fact, that’s where the term originated 150 years ago. You wrote a song, put it on paper, and then acquired a publisher who would then print out the song on sheet music.

It was then the publisher’s job to flog your song to music stores and performers as sheet music in exchange for a percentage of the overall sales. The artist and the publisher shared the exclusive copyright on the song (quite literally “the right to copy”) and you split the proceeds.

Any performer will tell you that the big money is owning the publishing because anytime the song is used — everything from radio airplay to public performance to someone covering it — you get paid. And you own that copyright for your entire life plus the following 50 years after you shuffle off this mortal coil (up to 95 years in other countries like the U.S.) before it slips into the public domain. That means anyone can use the song for free. Until such time, though, publishing generates money.

Commentary:
Alan Cross explains why so many artists are selling their song catalogues to companies

Over the last year or so, a number of companies have spent billions of dollars acquiring the publishing rights to the songs of dozens and dozens of artists. Bob Dylan got up to US$400 million for the music from his six-decade career. Three-fifths of Fleetwood Mac have cashed out in deals totaling over US$200 million. Even arch anti-corporatist Neil Young parted with 50 per cent of his life’s work for US$150 million.

And it’s not just heritage artists, either. The Killers parted with the publishing of everything they’ve recorded up to 2020. Shakira recently got a fat cheque for 145 of her songs. Imagine Dragons sold off their publishing for a reported US$100 million. Disturbed, OneRepublic songwriter Ryan Tedder, Beyonce, Tom DeLonge (ex-Blink-182), Skrillex, Chainsmokers, Ariana Grande, Kendrick Lamar, and Justin Timberlake have all sold off some or all of their publishing catalogues.

Why are artists doing this? They have their reasons. With royalty cheques getting smaller and COVID-19 cutting off all access to big-money touring opportunities, they’ve decided that they’d rather enjoy all that future money now. It’s good for the lifestyle and it’s also good for estate planning.

But what are the motivations of the buyers? Companies like Primary Wave, Concord, Round Hill, and others believe in the enduring and predictable ability of great music to turn a profit. Owning the publishing of popular songs, they say, will give them the ability to “unlock the value” in them so that they will generate cash for years to come. But what exactly does that mean? And how are they going to do it?

Great question. What we do know is that they’re going to have to work very hard to make back their investments so that they can eventually turn a profit. It’s safe to say that they’re gonna need to flog the hell out of this music for years and decades to come.

Older songs are going to start turning up everywhere that can generate free cash flow. And it won’t be just TV shows, movie soundtracks, or commercials. Think TikTok, Peleton workouts, hologram concerts, and opportunities yet to be invented.

Now consider this possible unintended consequence: will this new emphasis on older music have a detrimental effect on new music? As Marc Hogan at Pitchfork points out, while thousands of songs are released every year, only a tiny fraction of them ever become enduring hits. You’re better to invest in tried-and-true classics than risk anything on new music. When these companies stop buying and start working this music in the marketplace, might it begin to become the dominant music in culture, crowding out up-and-coming artists?

It used to be that current artists only had to compete with their contemporaries and peers for attention. Now it’s increasingly clear that new acts will have to fight against all the great songs from the past 60 years. We’re already seeing accusations of classic artists pushing out new music on streaming services.

The long-term concern is that the greatest music of the 20th century will be burned out by overexposure while at the same time smothering the next generation of stars in the crib.

The music industry has to shoulder a lot of blame for this. Since the turn of the century, the emphasis on artist development has dropped drastically. The focus now is on individual songs, not albums or building long-term careers. New artists aren’t being allowed to mature, scale up, and build fanbases over time. It’s often one song and you’re out. How do you build loyalty to an artist when attention spans are so short and evanescent? And how does a new artist ever get to build a career?

This trend in buying up publishing can only get crazier now that Wall Street has taken notice. While companies like Hipgnosis and Primary Wave are run by dyed-in-the-wool music industry veterans, Wall Street will inevitably look at music as just another commodity to be exploited by any means necessary. What’s the difference between futures in, say, Eagles songs and pork bellies? Who cares, as long as they make money.

Perhaps this is a COVID-era thing. When things get back to normal and new artists get back out on the road, their fortunes will turn around. Or perhaps not.