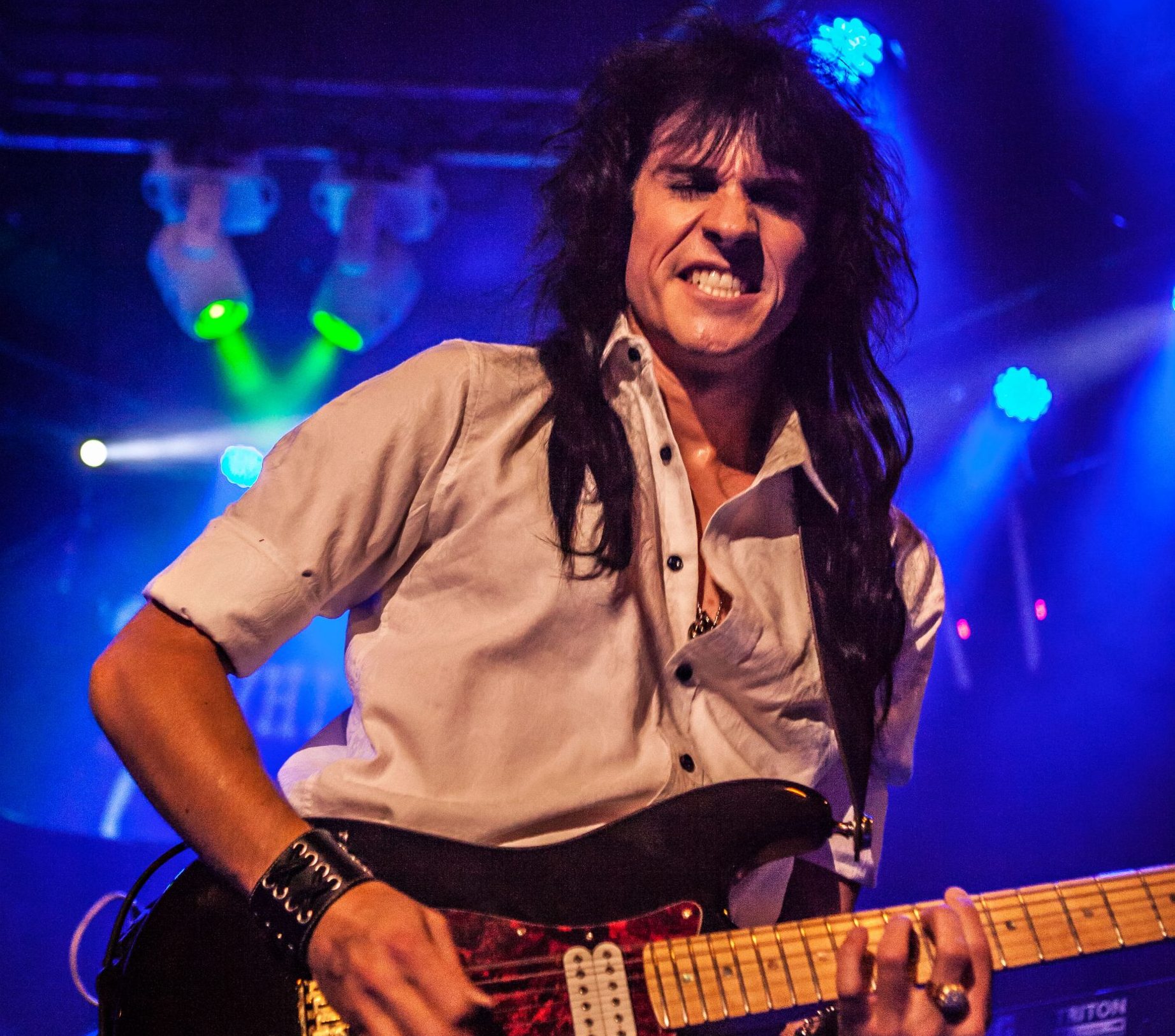 One of the strongest and most poignant guitarists since Hendrix comes in the form of sophisticated and driving artisan, Rocky Kramer. A musical virtuoso on the violin at age five, Rocky knows “for once a thing is known, it can’t be unknown.” Although a brilliant multi-instrumentalist, Rocky shines on the guitar.

Born into a musical family in Norway, Kramer was destined to live, think and breathe music. Among an elite group of Fender Stratocaster endorsers, Rocky continues to enjoy his craft and improve his artistry each and every day. In a world where too little is known, Rocky vanquishes the darkness and welcomes the dawn. His music belongs to the entire human race……

With the threat of a second wave upon us, how do you remain positive?

The bad news is that people won’t listen. We’re dealing with a virus, and viruses should not be a political issue. Listen to doctors and scientists, not politicians. The good news is that we now have multiple vaccines that are around 95% effective. That means that at least in the beginning of 2021, we will start vaccinating people, which will help get us all closer to a normal life in the near future. That definitely helps me remain positive, because I can’t wait to go back on stage and perform in front of live audiences again! 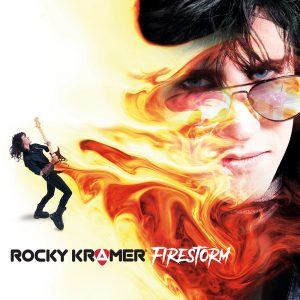 How have you enhanced your musical abilities during these crazy times?

Musicians have had two choices during the pandemic. To either take a long vacation or take advantage of the time and work on yourself. I’ve definitely not been on the lazy side. Not only have I worked hard to develop myself as a musician, I’ve also educated myself about streaming so that I can perform on Twitch. I’ve additionally learned a lot about making music videos with green screen. I can honestly say that I haven’t had a single boring day.

You’re a Fender endorser, but there’s a video of you playing a gold Gibson Les Paul during a live version of Led Zeppelin’s “Whole Lotta Love.” Did you play Gibson at some point?

That’s actually a funny story. My friend Chas West had won Best Vocalist at the 2012 South Bay Music Awards and was performing live at the awards ceremony. He had assembled an all-star band to back him up. Carlos Cavazos (Quiet Riot, Ratt & Three Legged Dog) on guitar, Robbie Crane (Black Star Riders, Ratt & Lynch Mob) on bass and David “Chili” Moreno (Puddle of Mudd, Bruce Dickinson) on drums. I was at the ceremony as Chas’s guest. The entire band was there at our table, except Carlos. The evening drew very close to Chas’s performance when Carlos called to tell Chas that there had been a death in his family and he was on his way to the airport. By that time, Chas was literally about fifteen minutes to showtime as he looked over at me and said “Rocky, did you bring your guitar?” I didn’t know what was going on, and replied “no.” “Can you get one in the next few minutes?” was the next inquiry. I looked around and saw a good friend of mine, Dean Williams, from Australia, who happens to be a talented guitarist. I walked over and asked him if by any chance he brought a guitar with him. Luckily for Chas, Dean had his Gibson Les Paul Goldtop in the trunk of his car. With that, I borrowed a small Marshall combo amp from a complete stranger and asked “what are we playing, anyway?” To which the band answered, “Led Zeppelin’s ‘Whole Lotta Love,’ do you know it?” I looked at Chas and said, “obviously, I’ve heard it, but I’ve never once played the song.” So, with about five minutes to stage, Robbie went over the chords with me in the dressing room and we were off to the stage. In fact, at the end of the song, you see Robbie walk over to me and say something. He was actually telling me that they end the song differently than Zeppelin and explained the change to me, which was good to know! Although Gibson makes good guitars, my axe of choice is and always has been Fender!

What do you consider your best trait and why?

I consider myself very responsible, which might be an unusual trait for a rock musician. Rock stars are infamous for showing up hours late to rehearsals, missing flights and disappearing before and after shows, but I’ve never been that way; most likely because I like doing what I say I’m going to do, and I don’t like leaving people waiting. After all, I know what that feels like. Treat others as you want to be treated.

What is your most useless talent?

My most useless talent is probably that I remember the faces of people I only met once, often quite well. I don’t remember their clothes or their names, if they get as far as introducing themselves, but their faces can sometimes be etched in my mind for years. “Oh look, it’s that guy from the grocery store that wondered where the cereals were…”

What can we look forward to for your Tuesday shows on Twitch?

My Tuesday show on Twitch is appropriately called “Rock & Roll Tuesdays with Rocky Kramer” and is a music show where I perform rock and metal songs for a good 2 hours from 7 to 9 pm Pacific. I like to start the show with some rehearsed songs, then as soon as the viewers start requesting songs or talk about certain bands and artists, the journey to sometimes undiscovered territories begin. People from all over the world tune in, so it can be a lot of fun to just say hello and chat with them. It is developing into an international community of people who enjoy many different types of rock and metal, and that’s pretty neat! I’m also getting to interact with fans around the world. If it weren’t for the show, I wouldn’t have discovered some very loyal fans in Brazil, Canada and Guatemala for example.

With the holidays quickly approaching what are your top gift recommendations, and what are you hoping Santa will bring you?

If you’re not celebrating the holidays together, think of gifts that can make you feel like you’re together, even if you’re not. I’m not necessarily saying that you have to buy grandma a brand new iPad, but whatever you can do to make people feel less lonely, will be much appreciated. You might not be alone these days, but many are.

As a gamer, I’m excited about the new console generation, particularly the Xbox Series X, and Santa can have all the cookies and milk he wants, if he can make that happen. But seriously, I’m grateful for what I have, and don’t have any particular wishes. I just hope that we can all have a safe and pleasant holiday followed by a fully vaccinated 2021! 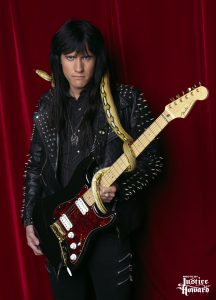 Any new words of wisdom for your fans and followers?

Many people have lost important opportunities this year, and to some, it may seem impossible to make their dreams come true right now. It’s okay to take a break from your normal life and live an alternative one for the time being, just don’t lose hope or sight of the future. Some opportunities might be gone, but there will be new ones, and perhaps, they might even be better suited for you. Hang in there, think about what you really want to experience in life, and when the opportunity arises, knock people’s socks off! Just keep the mask on until it’s completely safe!

The official website for Rocky Kramer may be found at https://www.rockykramer.com

Ron Howard On The Heroism And Humanity Behind ‘Thirteen Lives’ And His Emmy-Nominated ‘We Feed People’ – Behind The Lens
‘Grease’ Actor Eddie Deezen Not Competent to Stand Trial for Assault
John Travolta and Others React to Olivia Newton-John’s Death: “Made All of Our Lives So Much Better”
Jennifer Davis, Seeking Sister Wife Star and Throuple Member PREGNANT with First Child
Why Khloé Kardashian is waiting to name her baby boy