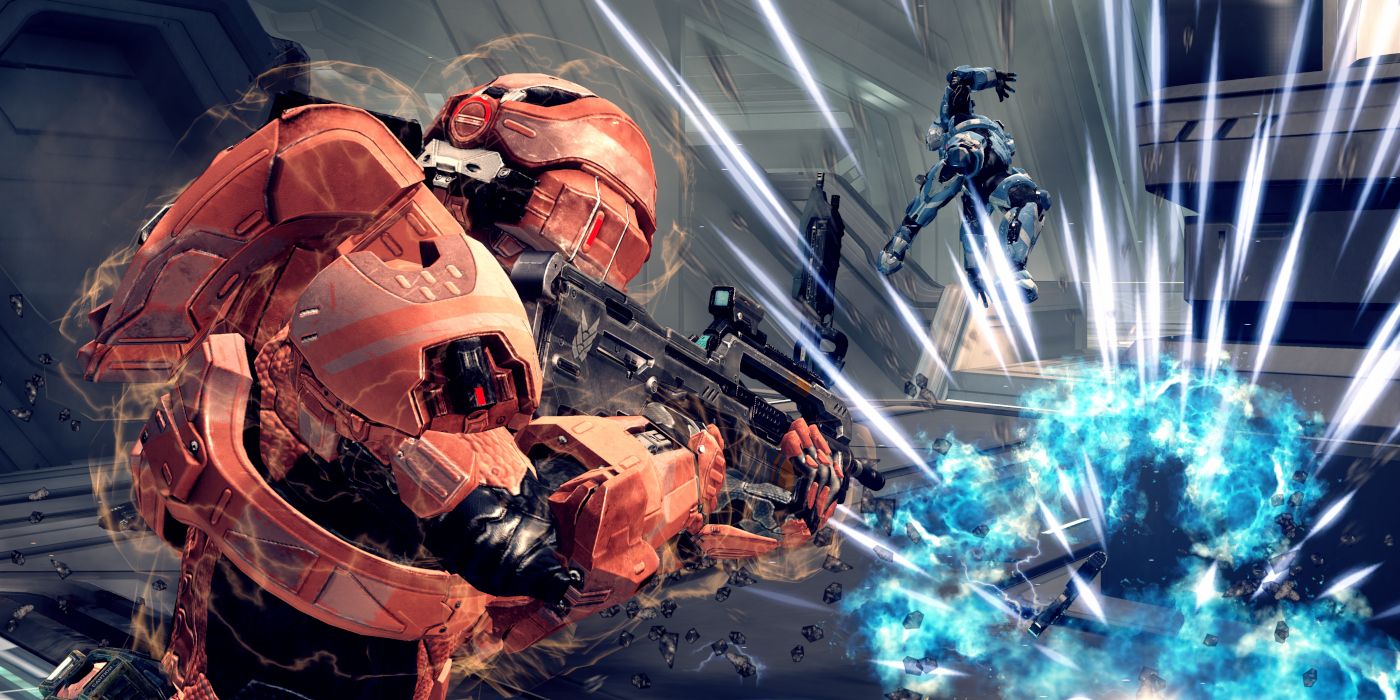 The beta test for the updated implementation of Halo 4 coming to Halo: The Master Chief Collection is well underway and will go for another full week. Halo 4 is the final game missing from the PC release of Master Chief Collection, and its debut was initially timed to coincide with the launch of Halo Infinite. With Master Chief’s latest adventure delayed into 2021, fans of the franchise will have to make do with a complete cross-platform collection of older games that also has bonus features for Xbox Series X owners.

Halo 4, which initially launched in 2012, is developer 343 Industries’ first full Halo title after taking over the series from its creators at Bungie. It picks up right where Halo 3 leaves off, with Master Chief awakening to a surprisingly continued Covenant threat and a new set of foes that come from the Forerunners. The ongoing story in Halo 4 and 5 has been harder to follow than Bungie’s titles due to a multimedia approach that forces fans to pay attention to everything from arcade games to novels to comics to get the full picture. It’s great that elements like John 117’s Spartan comrades finally made their debut in the games, but they’re hard to connect with for players who don’t have the years of context from supplementary material.

A whole new group of players can experience the highs and lows of Halo 4‘s campaign as it comes, but they’ll first test the multiplayer. 343 Industries tweeted out that their latest flight for Halo 4 tests will stretch into another week, lasting until November 6 at 10 AM PT/1 PM ET. November 6 is also the day that Halo 4 first hit store shelves in 2012, so the end of the test and subsequent release into the Master Chief Collection couldn’t have been timed better.

Halo Insiders! We’re extending the Halo 4 flight an additional week to end on Nov. 6th at 10AM PT. With the extension, we’re adding:

🔀 Halo: Reach Firefight and Multiplayer are now in for Crossplay Testing
🖥️ Halo 4 PC and Xbox Updates
🔥 And more!

Players joining the test will find an expanded suite of content to try out, including matchmaking for Halo: Reach‘s Firefight mode. Players can choose to sample a few missions from either game’s campaign during the test or dive into a good chunk of the multiplayer maps included in the full release. Reach is being brought in line with 343’s other recent releases within Master Chief Collection, and it shows that the company will still be working on updates and new customization content even after Halo 4 makes it into the full version of the game. The dates for the test include multiple playlists of various team sizes being tested, as well as cross-play across the Halo: Reach content being tested.

While Halo 4 may not be the best game in the series, the prospect of a fully complete Master Chief Collection on PC is a tantalizing one. With these final updates, the game consists of over 100 multiplayer maps, five different campaigns, and various side modes. Having all that classic content with the power of a great gaming rig behind it is something that fans of most franchises don’t get to experience, especially not in an all in one package. Halo Infinite may be months away, but Halo fans will likely have plenty to do in that time thanks to this fine work.

Halo: The Master Chief Collection is available on Xbox One and PC.

Alex Santa Maria is a writer, editor, and critic based out of the Sunshine State. Raised on a healthy diet of gaming mags at an Xbox LAN center, Alex is an enthusiast who loves shooters, roguelikes, and arcade-style games. He has an unhealthy obsession with bad movies, a love of the 1980s, and the skills to rack up a high score on your local pinball table. When not covering the latest news on Screen Rant, you may find his byline on a growing number of webzones, including GameRevolution, TechRaptor, Mandatory, and WrestleZone.