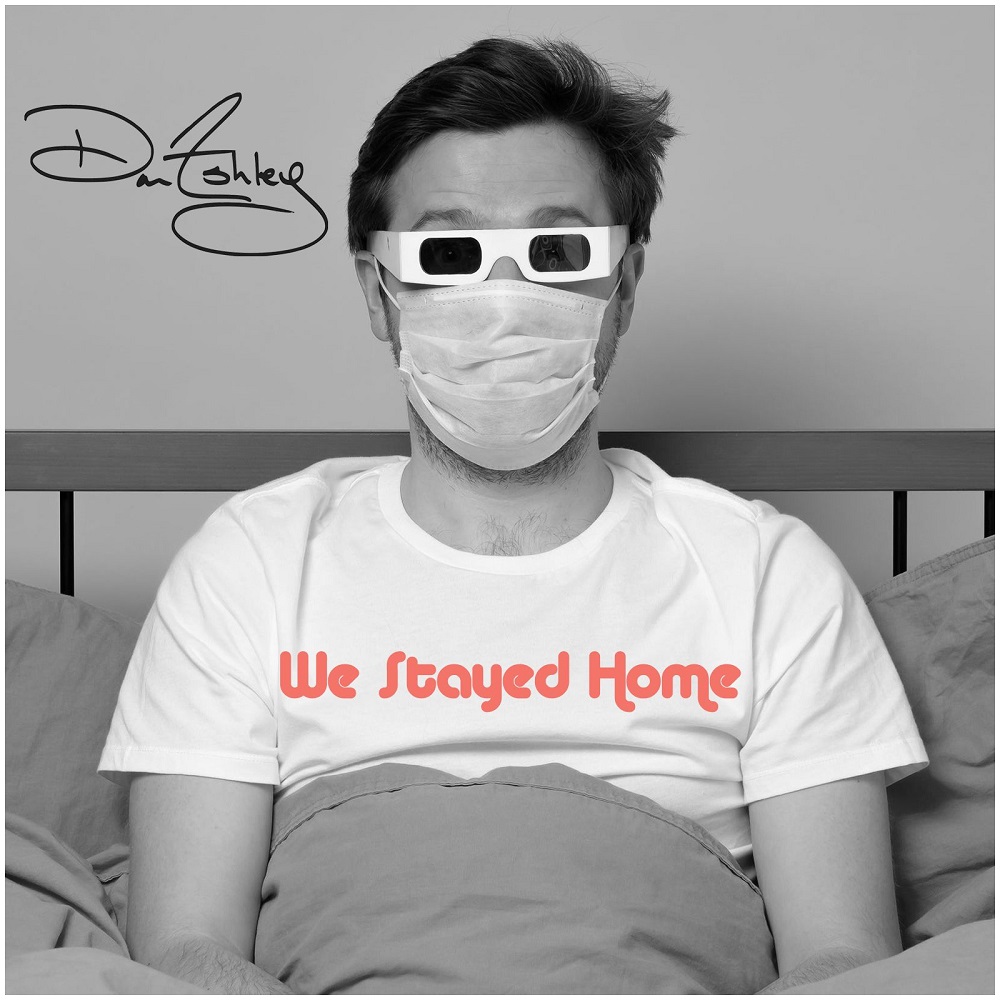 Sometimes you don’t have to leave the front yard to find just the bit of adventure your life was missing, and in the new single “We Stayed Home” from Dan Ashley, the acclaimed indie singer/songwriter explores this narrative with a poeticism that has become his calling card in the last year or so. From the moment we press the play button forward, Ashley doesn’t leave us aching for more substance in this track – rather than filling in the dead space with synthetic filler, every corner of this mix is littered with organic warmth and a tonal expressiveness you can’t conjure up with studio technology exclusively. In “We Stayed Home,” melodies and the virtuosity of a verse come together to make a strain of quarantine pop too sumptuous to resist.

Despite the commonality of this lyrical theme in 2020, the delivery that Dan Ashley exhibits with his words in this single is very passionate and reflective of a personal investment he most definitely isn’t faking. There has been an endless amount of stress and uncertainty in the past eight months, but as the case is with the discordance of the beat beside the fluidity of the fretwork in “We Stayed Home,” the most charming parts of life still find a way of balancing out the strangest of days. You can read a lot into every element in this song, from the instrumentation to the stylization of the groove and lyrics themselves, but the general takeaway seems to be the same no matter what – catharsis, pure and simple.

I love the dual acoustic and electric guitar attack in “We Stayed Home” most of all, and that’s nothing against the chips Ashley stacks on the table with his inviting lead vocal. Without the strings setting the mood in the first place here, I just don’t know that his singing would have the kind of sharp presence it does in this specific scenario, which says more about the arrangement than it does his skill as a vocalist.

To some degree, this is the first single to really challenge him to think a little more outside of the box than he would normally, and he emerges on the other side of the trial sounding more mature and on-point as a performer than he did in previous efforts.

Although I’ve been listening to his work on and off since the debut of his first single “What Really Matters” back in 2019, I believe Dan Ashley has shown so much improvement in the past year that anyone who has heard his work prior to now is going to really like what he’s up to in “We Stayed Home.” He isn’t following the trends some of his contemporaries are getting caught up in, and even though there’s a part of his artistry that feels permanently endeared to an indie identity, his chops point more towards mainstream success than they do a life of underground obscurity for certain. I’m eager to hear what comes next, and I sincerely doubt I’m the only one feeling as much this month.