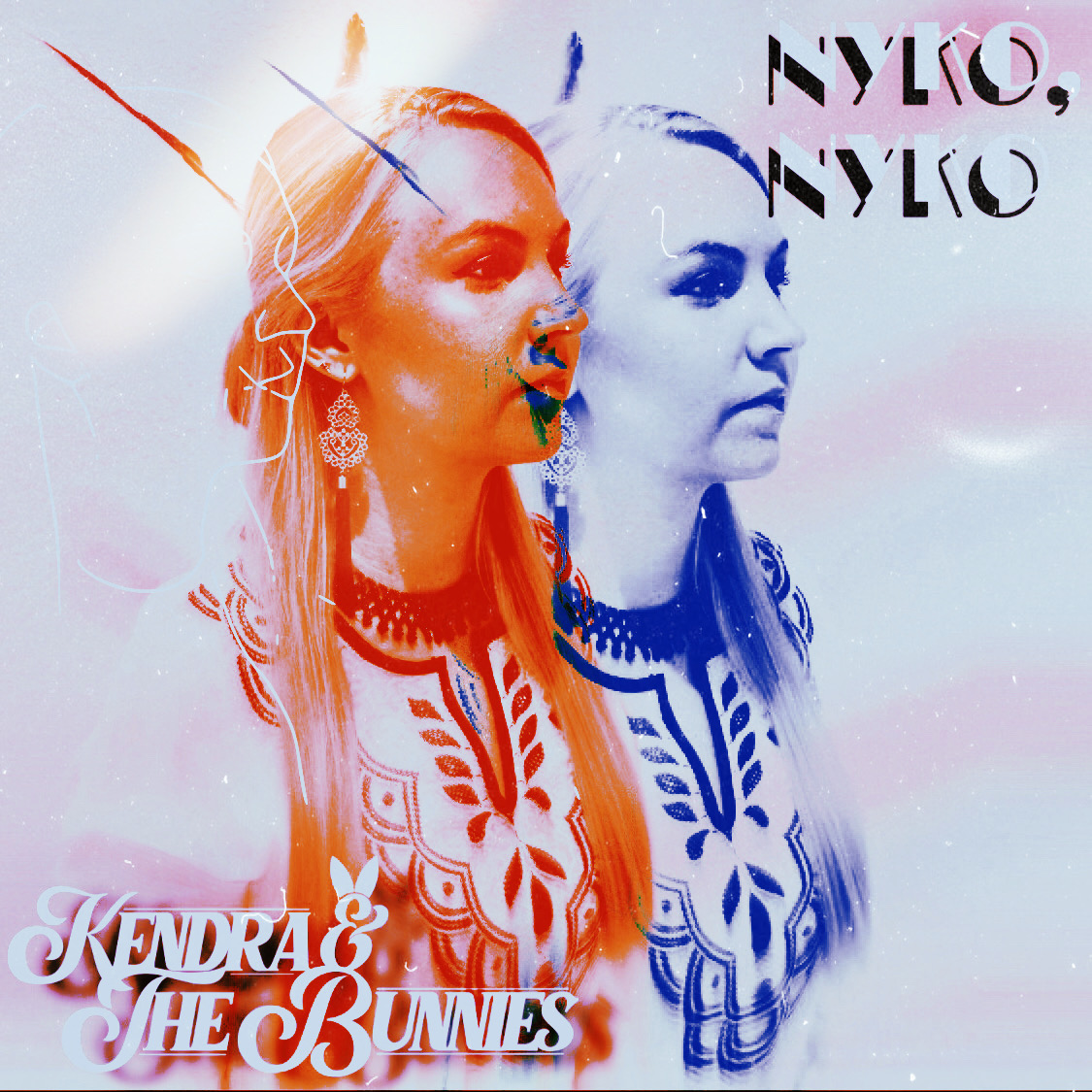 Thank you for chatting with us today.  To start off, tell our readers more about how you got started in music!

Thanks so much for inviting me to interview! Long before “Kendra & the Bunnies” was started, I began training as a vocalist, actress, and dancer through the musical theatre. I started these professional lessons at about age 4; I have been all about the stage and performing for pretty much my whole life. This blossomed into a love for rock ‘n roll and songwriting around age 14, when I began listening to Radiohead, Led Zeppelin, and Animal Collective. This was also around the age that I began writing poetry too. It felt so familiar to me — to be writing in my journal, while listening to the classics. I continued to follow my heart (and do so everyday), which has led me to become a singer/songwriter, musician, writer, actress, and published author!

You have a new single out today, congrats! Tell us more about how the song came to life.

Thank you!! I am so excited about the release of this single. It is titled “NYKO, NYKO”. This stands for the ‘New York Knockout”. I was actually just getting back from a trip to perform in NYC, and on my way home from the Los Angeles airport, I saw a car with the license plate “NYKO334”. That is how the inspiration for the song arrived. The track is also inspired by the 1957 song “Not Fade Away” and the 1960’s song “Iko, Iko”. For the recording, I invited Marcus Rezak to play lead electric guitar and Garrett Morris (The Higgs) to play the percussions.

Do you get nervous before you release new music or is it more of an excitement for you?

It’s all excitement for me! I love the countdown and celebration! To listen to my track and think, “Wow! We did it”, is truly a divine feeling. It’s fun too for listeners, because I have been playing the acoustic version of this song on my live-stream shows for the past 2-3 months, so I think it’s perfect timing to unveil its goodness to the world! I think people are going to be surprised at the depth of this song, especially since many fans have just heard the acoustic version.

Was there anyone or anything in particular that pushed you to pursue music?

I think the biggest thing that has led me to pursue music is the history of rock ‘n roll. I remember first learning about the movement of the 1960’s and 70’s and thinking to myself… ‘this is groovy’. It was filled with so much passion and love for life, and there was something so organic about that time. People were playing music as a way to transcend the turmoil of certain situations. I, myself, learned to do that and utilize music today to calm my mind. The biggest catalyst into me pursuing music professionally though was my time spent at Camp Jam summer camp! It was a yearly “School of Rock” type camp I attended when I was a teen. That really opened my eyes to creating music!

Do you have plans to release more music this year?

Definitely! “NYKO, NYKO” is the first track from my new album. The new album is titled “of Thank You”. It’s a full length 15 track LP that is slated to be released the last week of September 2020! So next month! Following that, I plan to release potentially a couple remixes, a cover song EP, and then another full length album.

Ooooh! Los Angeles is an interesting melting pot for music. As far as the live music scene goes here: we have a lot of singer-songwriters in the valley, feel good music near the beach/Venice/Santa Monica, rock ‘n roll in Hollywood, and pop & hip-hop all over! All the artists here have such a direct connection to their art. It is beautiful to witness and hear.

Tell us what you have planned for the rest of 2020? Any surprises?

All of 2020 has been a surprise! Ha. Well, during the fall of 2020, I plan to be slightly rebellious by heading to Denver, Colorado to play some (“socially distanced”) shows. I have a lot of good friends and a big audience in the area, so I am so thrilled to see them soon! I am also starting to work on my third book of poetry. That will probably be done more in 2021, but it’s good to get started!

Where can we find you online and get our hands on your new music?

Please do! “Kendra & the Bunnies” is available on all streaming platforms including Spotify, Apple Music, SoundCloud, and more… You can find all those links to stream here: https://songwhip.com/kendra-and-the-bunnies — this also has a link to my YouTube channel, so you can check out the new music video there (out TONIGHT — Friday 8/28 at MIDNIGHT) ! Come follow me on Instagram (@kenbunny) and Facebook (Kendra & the Bunnies Music) too!