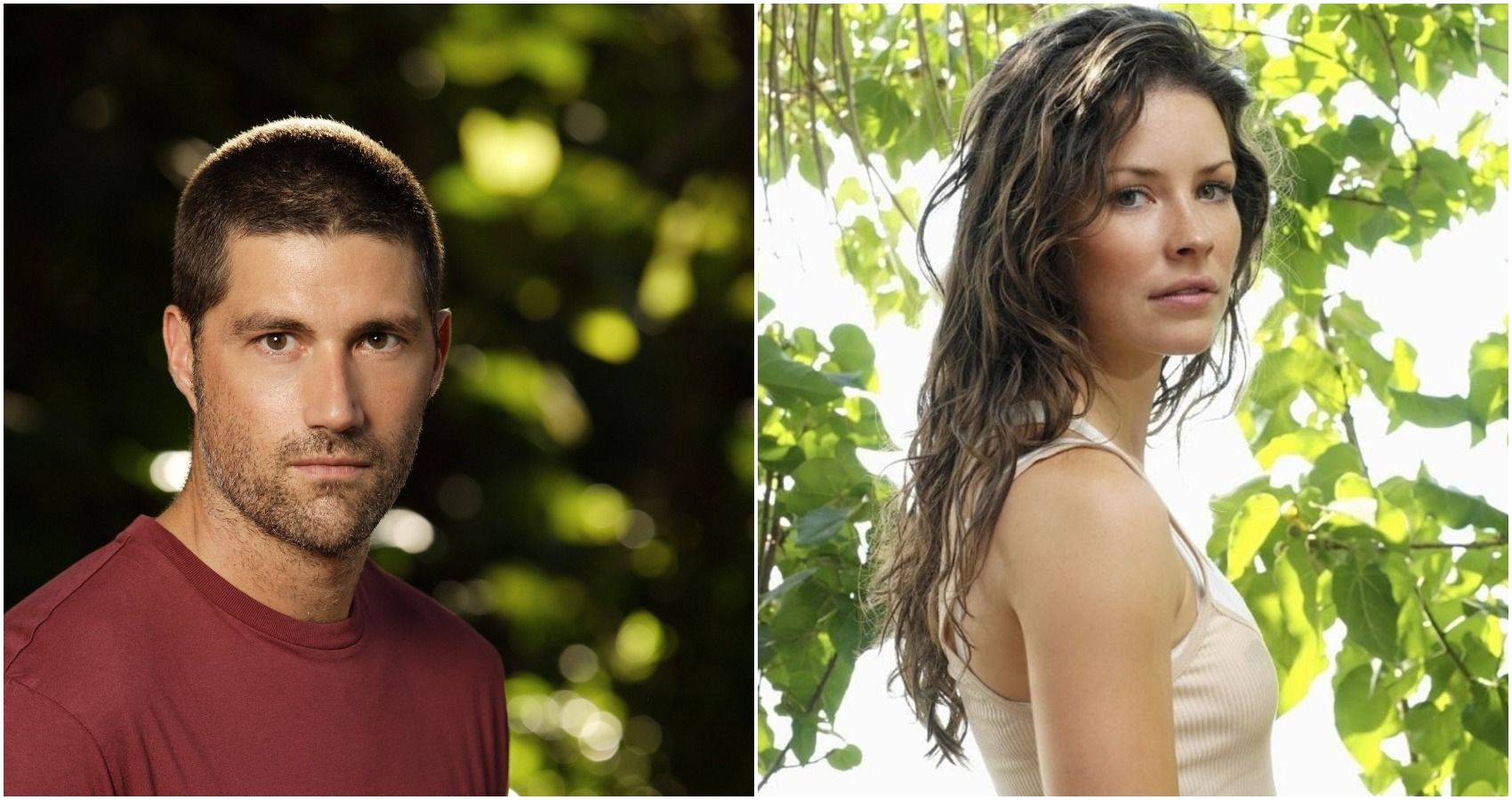 As the leading characters of Lost, Kate Austen and Jack Shephard developed a complex relationship and an epic romance. The attraction and the trust between them was clear from the pilot episode, as was the fact that their relationship was intended to be part of the show’s endgame.

10 Could Have Been With: Charlie

As they hiked into the jungle with Jack during the pilot episode, Kate and Charlie were among the first Oceanic 815 survivors who really got to know one another. Charlie flirted with her during that hike and again in a later episode after they encountered a swarm of bees. Both Kate and Charlie grew to care for each other deeply and they supported each other during their darkest moments.

Kate never had any romantic feelings for Charlie, though, and it didn’t take long for Charlie to become fully devoted to Claire. However, their early interactions and the friendship they developed could’ve blossomed into something more.

Jack trusted Kate from the first moment he met her. Even though she was a stranger, he asked her to sew up his wound and asserted his complete faith in her, even when she doubted herself.

This trust stayed strong, even when they were given cause to be suspicious and become distrustful. At the end of the day, Kate and Jack always knew they could count on each other, regardless of the challenge that they faced.

8 Could Have Been With: Kevin

If Kate hadn’t been a fugitive, she and Kevin might’ve stayed happily married forever. They made each other happy and Kevin’s family always treated Kate well. The “normalcy” of her relationship with Kevin and the warmth from his family provided refreshing stability and comfort in Kate’s life.

These factors could’ve helped create a healthy and lasting relationship in a world where Kate wasn’t a fugitive and where she didn’t need to conceal her real identity.

Kate and Jack were passionate individuals who poured their hearts and souls into everything they did. This was true not only in their relationship, but also in their leadership and with any other actions that they took.

This allowed them to match, understand, and admire each other’s passion. Nothing was ever taken lightly as they recognized the genuine passion in each other’s words and actions.

6 Could Have Been With: Sayid

During Lost‘s earliest episodes, there was definitely a romantic spark between Kate and Sayid. Other characters like Sawyer noticed this as he even asked, “What’s it like having the doctor and Captain Falafel fighting over you?”

Restless and determined to take action so they could be rescued, Kate and Sayid frequently worked together and found each other to be quite charming. There was mutual respect and admiration for their intelligence and resourcefulness. As the show continued, Kate and Sayid continued to work together and rely on each other, but there was never the same sense of chemistry that they shared in the early episodes.

With a foundation of trust and passion, Kate and Jack were able to become an effective team. Whether it was their first hike into the jungle to retrieve the plane’s black box, Kate tracking Ethan’s trail and then Jack reviving Charlie, or working together to defeat the Man in Black, Kate and Jack always knew how to work as a team that could succeed.

They recognized each other’s strengths and they also knew each other’s weaknesses, which allowed them to be a more balanced team.

4 Could Have Been With: Tom Brennan

Tom was Kate’s childhood sweetheart. As kids, they always imagined they’d end up together, even though they wanted different things out of life. Tom dreamed of building a family in their hometown while Kate dreamed of leaving their hometown behind and finding adventure elsewhere.

If they found a way to reconcile those desires, the relationship might’ve worked. When they reunited as adults, a romantic spark still burned between them and they were willing to trust each other completely. Their reunion ended in tragedy, but in a different world, it could’ve ended with a joyful and lasting romantic relationship.

3 Jack: Together On And Off The Island

When Kate and Jack returned to civilization as members of the Oceanic Six, they eventually rekindled their relationship. Unlike most of the other couples in the show, this allowed them to be a couple both on and off of the Island.

2 Could Have Been With: Sawyer

From the first moment that they interacted, it was clear that Sawyer and Kate shared an electric chemistry. Their chemistry only grew stronger as the series continued, as did their playful banter.

While many other characters misunderstood them, Sawyer and Kate possessed an insightful and intimate understanding of each other. Kate helped Sawyer confront some of his deepest insecurities and pushed him to become a better person. For all these reasons, many fans were disappointed that they didn’t end up together.

1 Jack: They Helped Each Other Move On

In the flash-sideways, Kate and Jack needed each other to remember their lives and to move on. Kate helped Jack begin to see flashes of his life and by bringing him to the church, she helped him fully “awaken.”

Next
MCU: 10 Reasons The Netflix Shows Are Still Worth Watching

Matthew Rudoy is a freelance writer who loves to write about his favorite movies and TV shows. Screen Rant provides an incredible medium to unpack the best that film and television have to offer. Before becoming a list writer for Screen Rant, Matthew was a Verified Creator for Movie Pilot. In addition to Screen Rant, he also currently contributes to the sites FanSided Entertainment and Dork Side of the Force. He has previously self-published two fantasy/sci-fi novels CORRUPTION and DESTRUCTION. While his favorite movies and TV shows tend to also fall in the fantasy and sci-fi genres, he enjoys and is open to anything that provides an engaging story and strong character development. In-depth world-building is always a bonus as well. Matthew is grateful for the opportunity to write for Screen Rant and looks forward to continue contributing to the site.