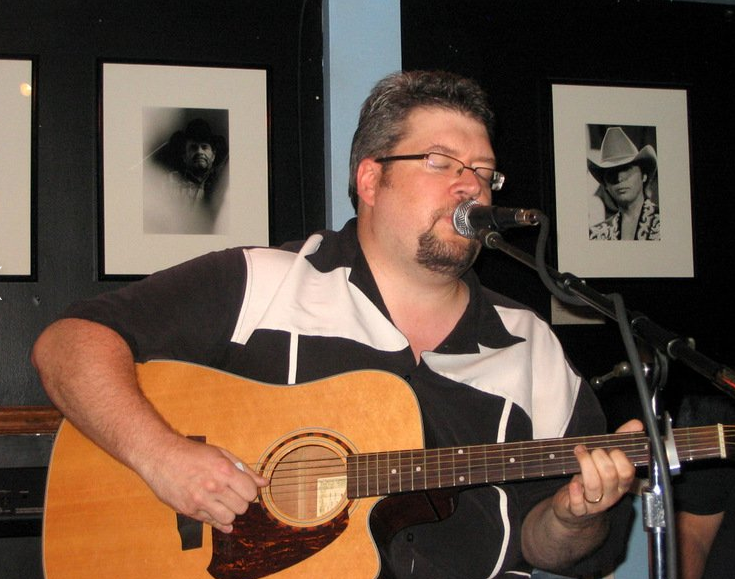 I admit I am not a devout fan of traditional country, country rock, or Americana music in any form. That doesn’t mean or dislike or hate it. I have a casual knowledge of the genre that wouldn’t impress any obsessive or knowledgeable fan, but I’m not one of the haters who decry the form as hillbilly music. I appreciate the passion, the commitment to creating traditional songs with traditional instruments, and the care taken in crafting music that has a chance of lasting for many years to come. Mark Conklin certainly shares those qualities. His six song EP Starting Over is far removed from modern pop country and a stunningly personal and well written collection of songs that, frankly, should catch the ear of any music lover who appreciates musical art created with meaning and love.

I admit that the title cut really hit home straight out of the gate. “Starting Over” comes across like Conklin is a man who invests every bit of blood and marrow into his music and lyrics, but it is also clear he has paid a price. The drumming and slide guitar included in the track are excellent musical partners for the well-worn, yet warm, feeling flowing through his voice. There’s a lot of regret there too, but the lyrics and vocal alike reflect an unspoken achievement. Yes, he’s starting over like he has so many times, but his passion for both life and his art abides. There are few higher compliments I think I could pay to a musical artist or a human being.

His artistry is apparent as well in the second track “Circus”. Conklin has a real talent for creating believable characters and an obvious affection for the downtrodden or those veering on the edge of some sort of abyss. That comes through here – in spades. His talents for construction come across as well because this song flows so well from a minimalist beginning that lures you in before hitting a chorus bursting with language that leaves you wide eyed with admiration. The inclusion of instruments you don’t hear elsewhere on the EP helps set it apart as well.

“When a Girl Gives Up”, in someone else’s hands, would have struck a maudlin note. Not here. Conklin gets behind this observation of the breaking point a female romantic partner reaches when every effort to salvage love has failed and the ashes in her mouth are too much to taste. He embraces a traditional country music vibe for this track, note the gorgeous steel guitar, but it once again never sounds imitative. Instead, it’s a first class musician adopting a form he loves for his own uses.

He ends the EP with the track “Before the Flood”. This is Conklin looking, in a very personal way, at the America that was and the America that we now know. He never sermonizes but, instead, surveys the landscape with a melancholy but unforgiving eye – he has a clear idea who the culprits are and never hesitates to name them. The song is the only track on the EP featuring a solo performance, it’s just Conklin and his acoustic guitar, but he carries it off spectacularly. I walk away from this EP inspired by the talent powering its songs. Mark Conklin’s Starting Over is a must hear.

20 Best Flat Top Haircuts For Men: Top Hairstyles 2022
Will Smith Discusses What Parenthood Has Been Like For Him In The Aftermath Of The Oscars Slap
Conch piercing: here’s everything you need to know
Jennifer Lopez, Ben Affleck Go Christmas Tree Shopping with Kids
Akon Defends Kanye West After Hitler Comments