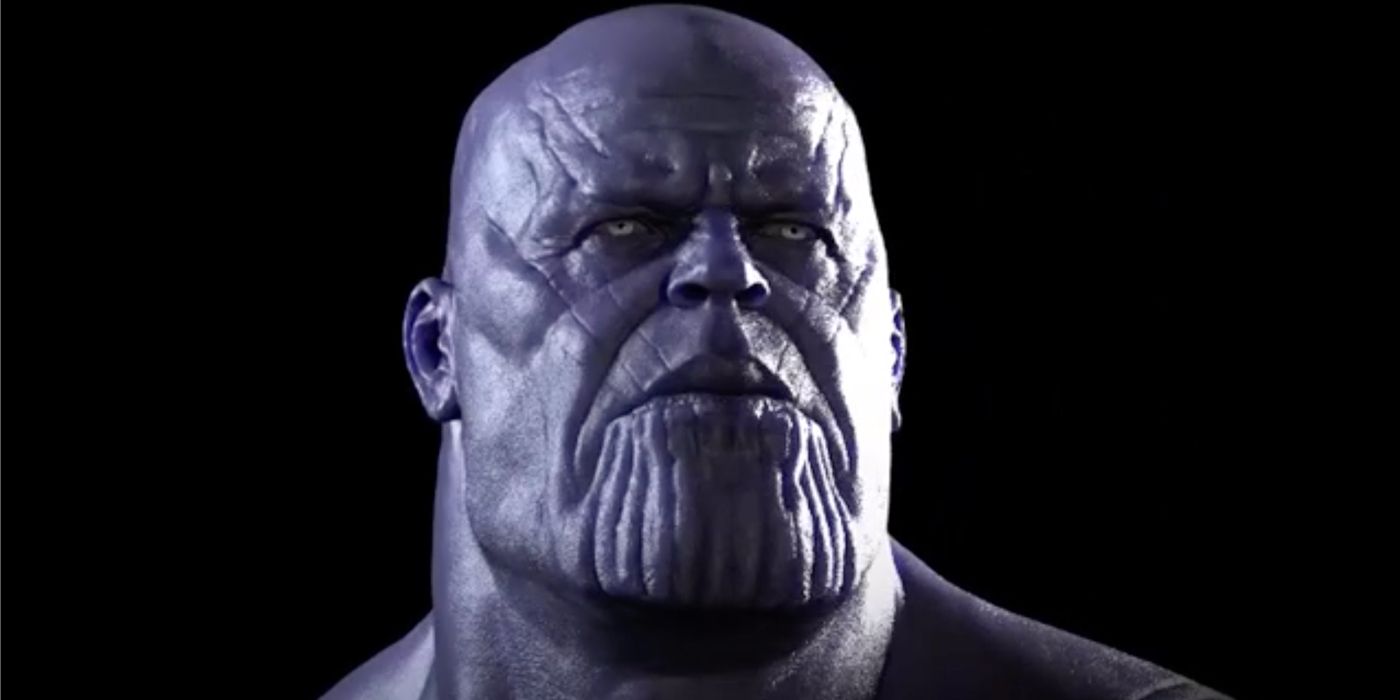 A new video of a concept model from Avengers: Infinity War shows 360 degrees of Thanos. Thanos made his grand appearance in The Avengers when he appeared during the mid-credits scene. He then had a slightly bigger role in Guardians of the Galaxy, before appearing again in the mid-credits scene for Avengers: Age of Ultron. Marvel built up the character for 10 years, and the Avengers finally went up against the Mad Titan in 2018.

Avengers: Infinity War did phenomenally well all around for Disney. Not only was the film praised by most fans and critics, but Infinity War also made a lot of money at the box office, before being topped by Avengers: Endgame last year, which is now the highest-grossing movie of all time. Through the years since the film came out, artists have shared a variety of their artwork for Avengers: Infinity War, with some of the most notable pieces included Nick Fury being killed by Corvus Glaive and Doctor Strange in Iron Man’s armor. Now, a new look at Thanos has been released.

A new concept video from artist Ryan Meinerding shows a concept model for Thanos’ head. Meinerding is the Head of Visual Development at Marvel Studios, who has been working with the studio since Iron Man in 2008. Thanos’ appearance changed throughout his first few appearances in the Marvel Cinematic Universe, but the video below seems pretty similar to what made it into the movie.

With Thanos being defeated and killed at the end of Avengers: Endgame, fans have been speculating on who the next big villain could be in Phase 4 and beyond. Some fans believe that Thanos could be resurrected, but with the satisfying conclusion that Endgame had, Marvel likely has their eyes set on a new villain. With it being confirmed that the Fantastic Four will join the MCU, many people believe that Doctor Doom could replace Thanos as the big bad, but it’s anybody’s guess right now on who Marvel has in mind.

Even with Avengers: Endgame having been released, fans are still fascinated with the behind-the-scenes images and concept art from its predecessor. To be fair though, fans tend to love these things with any of the previous Marvel movies. Needless to say, even after future MCU movies come out, fans will likely still be enthralled by anything Avengers: Infinity War related because of how massive the scale of the project was and how crucial the film was to the overall arc of the Marvel Cinematic Universe.

Christopher is a news writer at Screen Rant, as well as a remote editor for Screen Rant and Valnet’s other websites. He graduated from Rock Valley College in 2018 with an Associate of Arts degree and a Media Production Specialist certificate.
After running his own movie blog for over five years, Christopher joined the Screen Rant team in 2018 as a list writer. Christopher is a sucker for ‘80s horror and giant monster movies, but has covered a wide range of topics during his employment at Screen Rant.