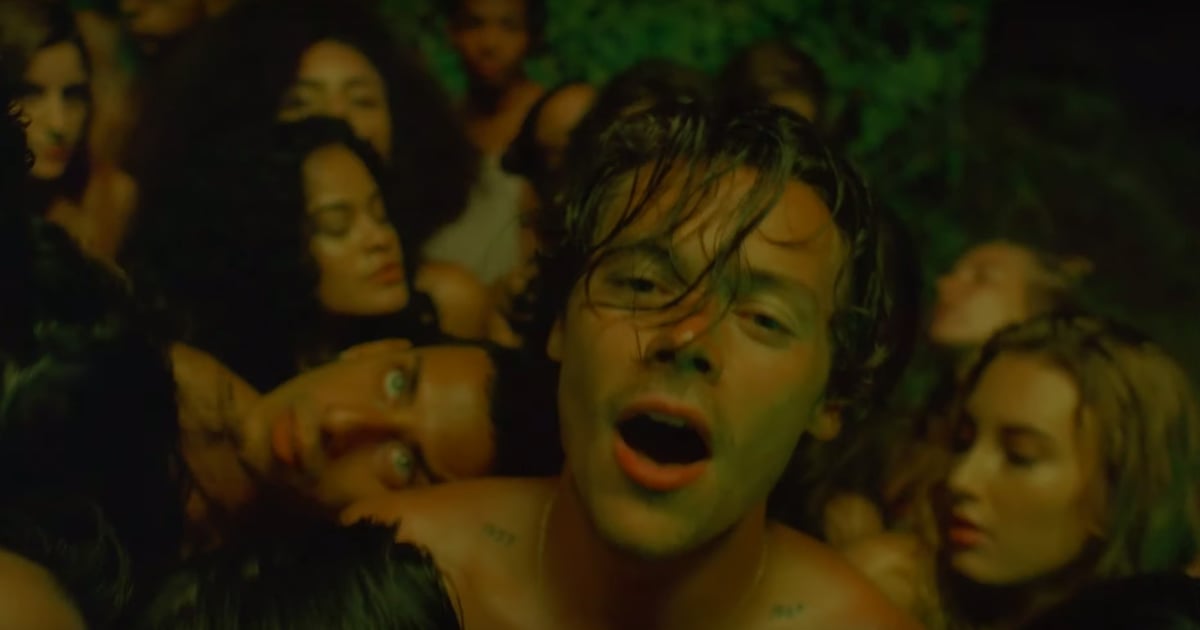 It’s our time to shine, Harry Styles fans! At midnight Eastern time on Oct. 11, the British singer dropped his latest single “Lights Up,” presumably to lead his as-yet-unreleased second album. The trippy song and video are a huge departure from Styles’s Harry Styles, but in the most amazing way. In the video, Styles can be seen topless almost the whole time — with all those tattoos on display — rubbing up against a bevy of attractive men and women. Trust me when I say it’ll get you a little sweaty while watching.