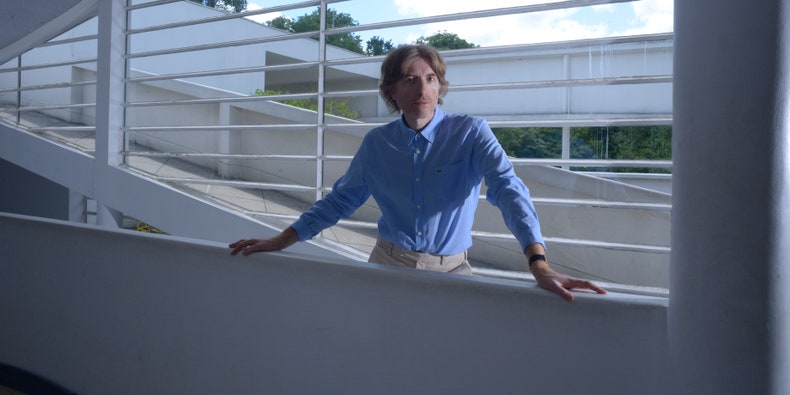 Nicolas Godin, best known as a one-half of the influential French electronic duo Air, is back with a new solo song. It’s called “The Border.” Have a listen below. The new song arrives four years after his solo album Contrepoint.

“I wrote this song thinking of the great architect Mies van der Rohe,” Godin said in a press release. “He built the Barcelona pavilion in 1929 on the hill of Montjuic in Barcelona and this building swept away all the past of the history of architecture to open a new page of human history, making the world enter into modern architecture. In short, it’s the story of someone who asks some others to follow him to the Spanish border by the sea to show them a new path towards freedom and peace…leaving everything behind.”

Television’s Tom Verlaine Dies at 73
HyunA and Dawn Are Reportedly Back Together Just 2 Months After Calling Off Engagement
Linoleic acid: Why you need to know about vitamin F
T.J. Holmes and Amy Robach Are Leaving ABC Amidst Relationship Scandal
What to Watch: The Watchful Eye; Pamela, A Love Story; The Ark