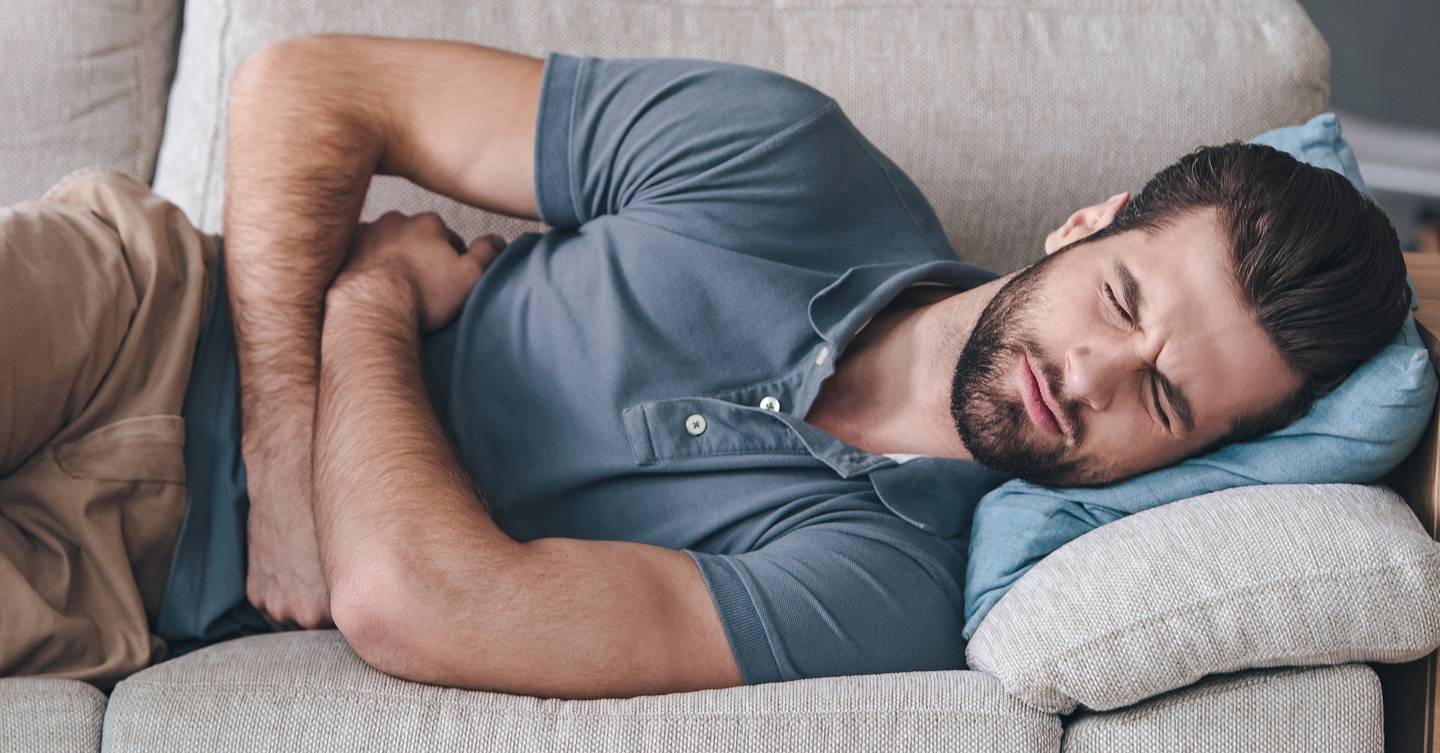 I can’t stop thinking about the new Thinx advert. The period-proof underwear brand recently launched a campaign called MENstruation: #IfWeAllHadPeriods; depicting a world in which everyone – including cisgender men – menstruate.

I am obsessed with it. Everything from the young boy scampering to his dad, concerned and scared of his first period, to the businessman asking his colleagues for a tampon, to the man slowly banging his head against a tampon dispenser in a relatable bout of PMS-induced frustration, totally blew my mind. It’s a simple but effective imaginative feat. Of course, we’ve all thought what if men had periods – but seeing it represented this way opens your eyes to a few startlingly uncomfortable societal truths.

Showing a world in which men have periods is all it takes to normalise them. Think about that statement a while, think about what that really means: if men had periods, we would all think it was totally normal. The campaign messaging reads; “if we all had them, maybe we would be more comfortable with them.” But the alarming truism lurking underneath that is not that society would need to all have periods – because over half of society already does – it’s that men would need to have them.

The default mode of ‘normal’ is male. We still, many, many waves of feminism later, view mainstream society through a male gaze. Anything which differs from this male-centred and male-dominated narrative is instantly marginalised. You are a ‘counter’ culture, a ‘minority’- and an ‘other.’ Women are frequently described as minorities, which is laughably inaccurate. Just do the maths. Women make up roughly half the world’s population that’s a startling number of people who menstruate.

Certainly not a minority.

Yet periods, period pains, bleeding out, tampons, pads, PMS – all of these are covert, relegated, ostracised things. We hide tampons up our sleeves, we won’t show period blood on screens, we still have woefully inadequate scientific funding and research into severe menstrual cramps; what causes them and how to combat them effectively. This is especially concerning when you consider a professor of reproductive health at UCL; John Guillebaud, found in 2016 – after measuring thousands of menstrual cramps – that some period pains are as bad as a heart attack.

Yes, the tide is turning, Yes, the emergence of menstrual product companies (like Thinx, Livia and more) which are women-led, are tackling this huge deficit in the market, but periods still remain a mysterious, clouded phenomena which only happens to ‘some’ people. We, as a society, do not care about ‘some’ people. Why? Because they are women.

This is what I found so fascinating about the world shown in this advert. I watched it on repeat, feeling like I wanted to exist within it. It made me wonder what the rest of this utopia of menstruating men would be like. Do they also have babies? If so, I can tell you what would most certainly not exist in this fantasy world: a gender pay gap, a dearth of women leading FTSE100 companies, a lack of female leaders, the phrase ‘working mum.’

Is this really all it would take to fix the world? Some bleeding men? Think about it – one thing that holds women back, despite years of institutional misogyny, is pregnancy. Men and women both produce children, it is just that women carry them. Therefore, pregnancy, childbirth, child rearing, parental responsibility and the knock-on effect that childcare has on your career – all these burdens fall on the women. These issues are not mainstream societal issues, they are ‘other’ because they do not affect men. Use the Thinx slogan on childcare ‘If we all had them’ and boom: you have a world in which women do not suffer a penalty because of their wombs.

A landmark study has found that menstrual cups are as safe and effective as traditional products, here’s what happened when we tried one

Largely I can’t stop thinking about it, because it reminds me it is a world we do not live in.

‘They Thought My Daughter Was Being Kidnapped’: The Struggles Of A Multiracial Family
Machine Gun Kelly and Megan Fox Still Together Despite Breakup Stories
On the Radar: Blood infusion
Streaming Subscribers Resist Idea Of Trading Down From Ad-Free To Ad-Supported Tiers Despite Cost Savings – Study
Anne Heche’s Car Crash Is No Longer Being Investigated By Police