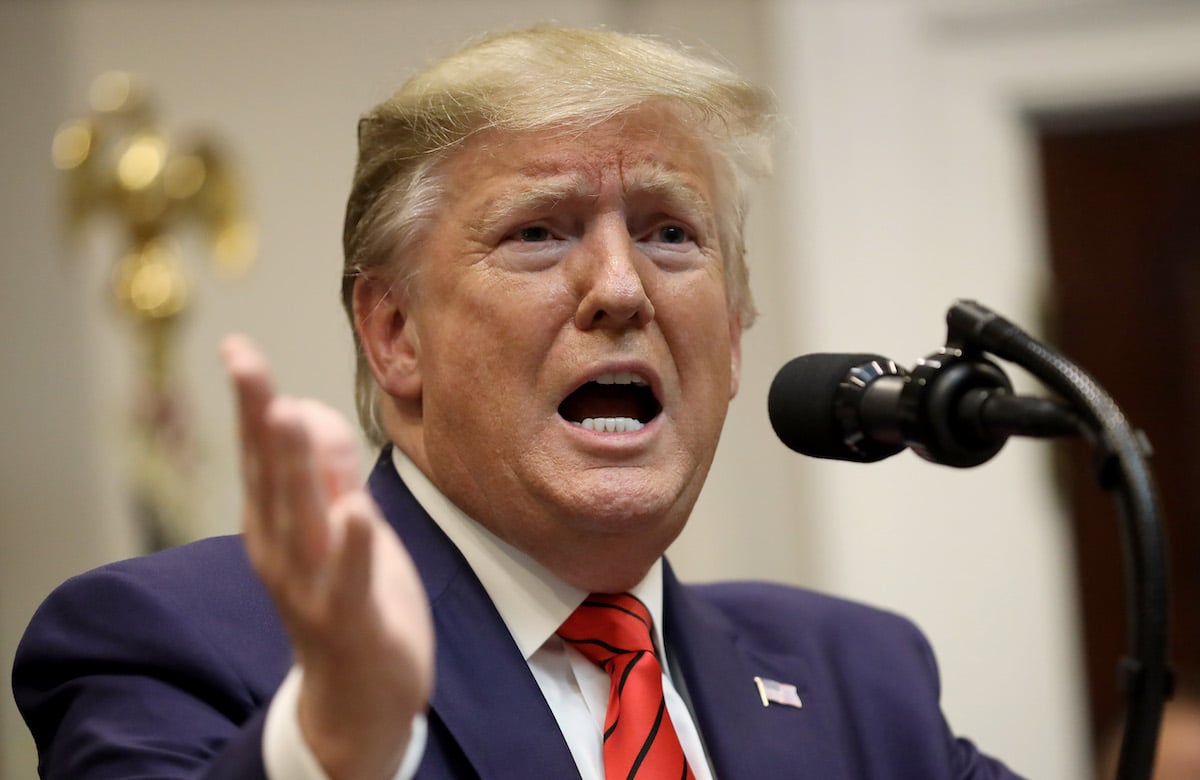 Donald Trump has been entirely dismissive and loudly critical of the current impeachment proceedings, just as he was with the entire Mueller investigation before it, repeatedly calling it a “witch hunt” (or, today, a “wirch hunt”) and a “partisan hit job.” But he’s still managing to hit new levels of obstruction and incompetence.

It appears that when it comes to the impeachment inquiry, Trump is simply refusing to participate. But this is not an activity where “pass” is really an option. White House Counsel Pat A. Cipollone sent a letter to House Democrats Tuesday saying Trump and his administration would not be cooperating with their inquiry, at all.

You can read the full letter along with fact-checking annotations at the Washington Post but here are some highlights:

Cipollone puts “impeachment inquiry” in scare quotes and generally refuses to acknowledge that the inquiry is valid.

He says the inquiry “violates fundamental fairness and constitutionally mandated due process,” even though “due process” is not a thing that applies to an inquiry. Basically, an inquiry is an investigation, and impeachment is the trial. Cipollone says Trump hasn’t been able to “cross-examine witnesses, to call witnesses, to receive transcripts of testimony, to have access to evidence, to have counsel present, and many other basic rights guaranteed to all Americans.” Again, he’s describing a trial. That’s not what this is.

Think of it this way: an impeachment inquiry is like a grand jury process, not a trial. The House is the D.A. gathering evidence. The target has no right to cross-examine or call witnesses. The results of the inquiry will be articles of impeachment. Then comes the trial… https://t.co/TRIfYUKytq

The letter repeatedly talks about a “lack of precedent” in this investigation, which just … isn’t true. Plus, Congress has very broad guidelines as to what it’s allowed to do in terms of subpoenas and compelling witnesses to testify and otherwise cooperate. Meaning even if there isn’t exact precedent for every single thing Congress asks of Trump and his administration, that absolutely does not mean it shouldn’t be happening.

The letter has an entire subheader that reads “The Invalid ‘Impeachment Inquiry’ Plainly Seeks To Reverse the Election of 2016 and To Influence the Election of 2020.” It claims that this is a “naked political strategy that began the day he was inaugurated, and perhaps even before” and that Democrats are only interested in impeachment because they don’t want Trump to be reelected. Which, technically, is actually sort of true. But Trump and Cipollone’s framing is wildly disingenuous.

It is true that Nancy Pelosi’s decision to launch a formal impeachment inquiry came in large part from fears over 2020. But it’s not because Democrats are worried he’ll get elected fair and square–it’s the fear that he is actively working to rig that election in his favor. A lot of people–both voters and lawmakers–were frustrated with Pelosi for refusing to consider impeachment over Trump’s potential role in the Russian interference in 2016. But what the Ukraine call did was raise credible evidence that Trump was actively seeking similar influence for 2020. So no, impeachment is not unrelated to fears that Trump might win in 2020, but it’s not because he’s just so popular and such a great president. It’s because he’s a cheat and willing to undermine our entire democratic framework to win. Again.

So Trump has decided that he is simply not going to participate in the investigation, which, again, is not really an option.

You can’t “not participate” in your own impeachment probe, it’s not Barron’s childhood https://t.co/EZhvkrjb3n

I told the cop that I was not going to participate in his illegitimate traffic stop and that the breathalyzer’s .16 that I blew was fake news because he didn’t actually *see* me drinking and then he nodded and said “All good, thanks for pointing that out” and he let me go.

I know the term “constitutional crisis” gets thrown around a lot these days but there’s no other name for what’s happening right now. Nancy Pelosi has said that Trump is “not above the law” but only time (hopefully not too much time) will tell what that actually means.

We are headed for a showdown: either the end of Trump, or the end of our democracy.https://t.co/PK1hXZvAFQ