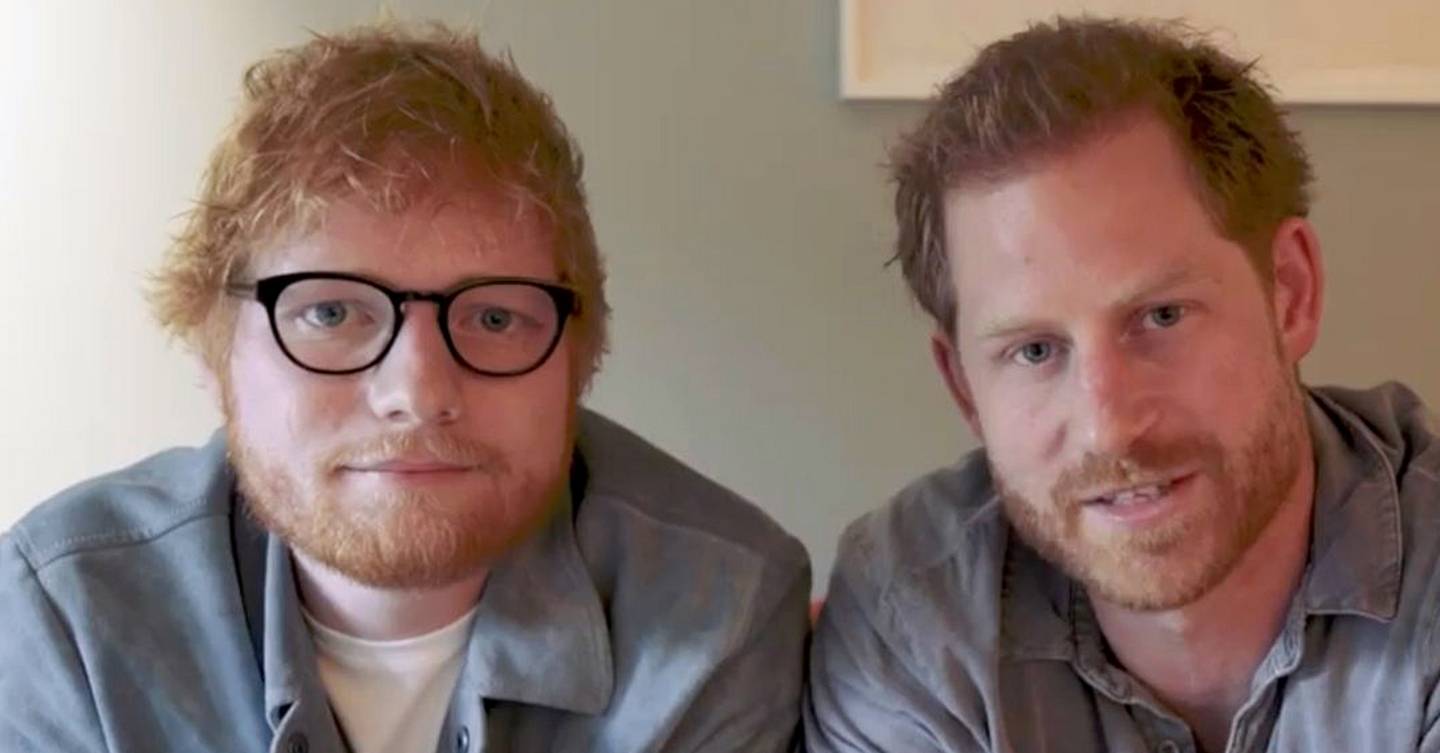 Prince Harry and Ed Sheeran have teamed up to make a video in aid of World Mental Health Day which was shared on the Sussex Royal Instagram account today after a teaser was released yesterday.

The post said, “Both Prince Harry and Ed Sheeran want to ensure that not just today but every day, you look after yourself, your friends and those around you.

There’s no need to suffer in silence – share how you’re feeling, ask how someone is doing and listen for the answer. Be willing to ask for help when you need it and know that we are all in this together. #WMHD”

The clip begins with Ed Sheeran having his beard trimmed, telling the camera, “Really excited today.” The singer adds, “Going to film with Prince Harry who contacted me about doing a charity idea with him, which is going to be good. I’ve long admired him…from afar. I guess I’ll see you there!”

The video then cuts to Sheeran ringing the doorbell (to the chime of the National Anthem no less) before Harry answers the doors and jokes, “It’s like looking in the mirror.” Good one Hazza.

The cameras are then let inside the house (is this Frogmore Cottage? Are we about to get a first look inside?) We’re on the edge of our seats here…

The pair then sit down and Harry thanks Ed for coming and explains, “For me, this is a subject of a conversation that’s not talked about enough. I think people all over the world are really suffering.”

In agreement, Ed reveals he’s been trying to write a song about it to try and get the message out to people, to which Prince Harry responds: “Someone with your skill-set, to be able to write lyrics of a song to raise awareness would be amazing.”

But things are NOT what they seem.

While Prince Harry might be referring to World Mental Health Day, Ed Sheeran seems to be on a different trail of thought, saying: “That’s exactly what I’m trying to do – people don’t understand what it’s like for people like us – with the jokes and the snide comments. I just feel like it’s time we stood up and said: ‘We’re not going to take this any more. We’re ginger – and we’re going to fight.’”

A confused-looking Prince Harry says “slightly awkward” before realising they’re both talking about different things: “This may be miscommunication, but this is about World Mental Health Day.”

“No no, I definitely knew that,” replies the singer with a straight face, as he can be seen deleting the words “Ginger’s Unite” from a document on his laptop.

Jokes aside, the video ends with the pair sitting on a sofa and Harry adds, “Guys, this Mental Health Day, reach out, make sure your friends, strangers – lookout for anyone who may suffer in silence. We’re all in this together.”

In less than two hours the video amassed over 700,000 views with fans all over the world sharing their praise.
“This is awesome 👏🏻 great film 😂 with a great message ♥️” said one user, while another wrote, “😂😂Brilliant!! Thank you for shining a light on something so important. No one should suffer in silence and feel alone.”

This might just be one of our fav charity royal/celeb collaborations to date!

2023 Juno Awards nominations: The Weeknd leads the pack with 6
Andrew Gumpert Exiting As Paramount Pictures & Nickelodeon Studios COO
Amazon’s New Price Gouging Method, as Explained by an Employee
Channel 4: Inside The Doomed Sale Of A Crown Jewel Of British Television
Korean Content Streamer KOCOWA Adding Films And A ‘+’ To Its Previous TV Fare