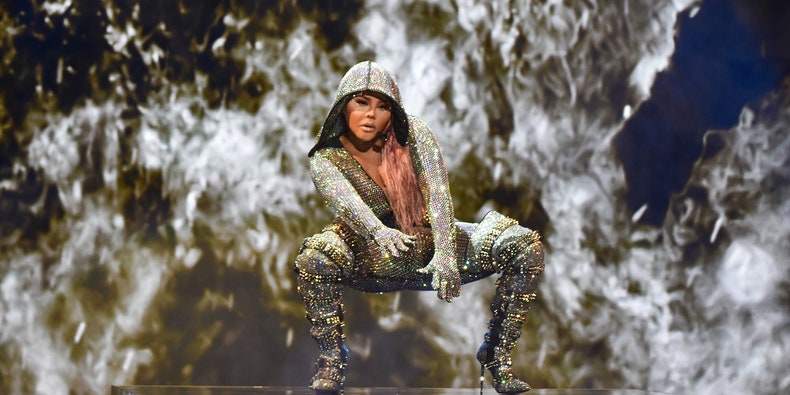 Lil Kim performed a career-spanning medley at the 2019 BET Hip Hop Awards, including an appearance from the Junior M.A.F.I.A., the Brooklyn rap group assembled by the late Notorious B.I.G. She was also presented with the I Am Hip Hop Award by Rick Ross. Watch it all below.

Kim’s medley included the Junior M.A.F.I.A. hit “Player’s Anthem” and Kim‘s verse on Puff Daddy’s “It’s All About The Benjamins.” She also performed “Crush on You” with Lil’ Cease. During her acceptance speech, Kim noted that BET had never before given her an award.

Earlier this year, Kim released the xx-Sampling Song “Go Awff.” It’s scheduled to appear on 9, her forthcoming fifth studio LP (and first in 14 years). It’s due out this Friday.