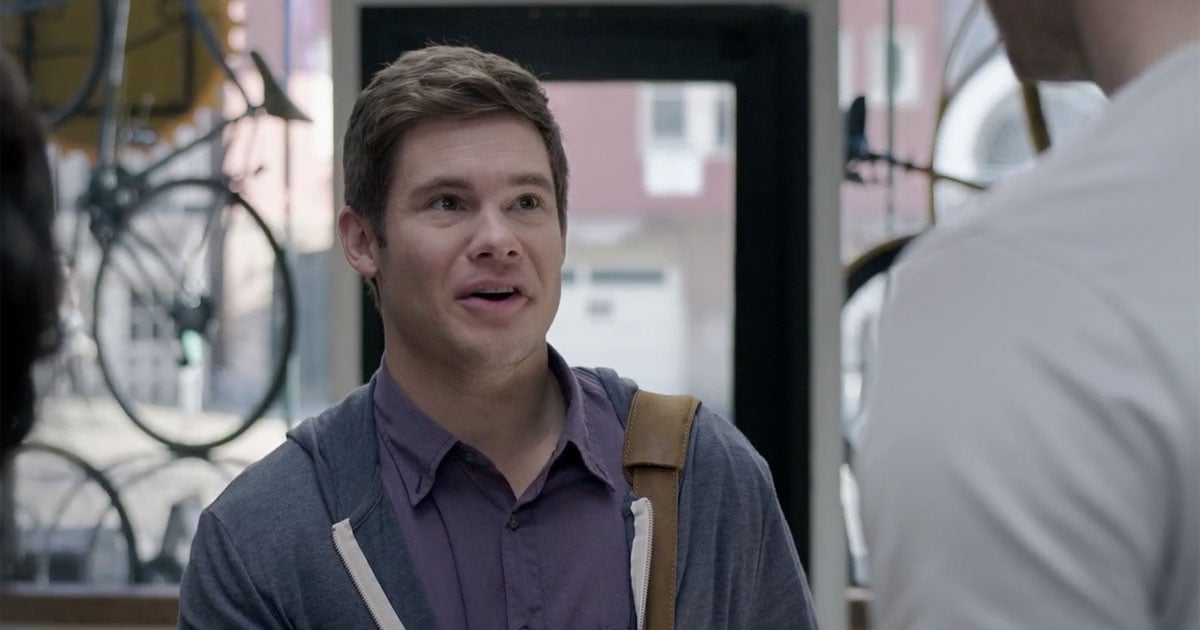 Adam DeVine’s upcoming comedy Jexi imagines a world where a Siri-type artificial intelligence system (voiced by Rose Byrne) goes rogue, deciding that the man who owns the phone she’s housed in (DeVine’s Phil) is her one true love. Unsurprisingly, she doesn’t take kindly to the idea of competition. Nevertheless, sparks begin to fly between Phil — a blogger with few friends and a serious addiction to his phone — and Cate (Alexandra Shipp), the free-spirited owner of a bicycle shop.

In our exclusive clip from the film, which hails from directing team Jon Lucas and Scott Moore, Phil discovers that Jexi isn’t the only object standing in his way to dating Cate. As he quickly realizes after stopping by her shop one afternoon, her tall, hunky ex-fiancé (This Is Us star Justin Hartley) is still very much in her life, and the pair have an awkward run-in.

Watch the tense (and hilarious) scene above, and then be sure to find out what happens when Jexi pulls a Smart House and wants Phil all for herself when the film hits theaters on Oct. 11!