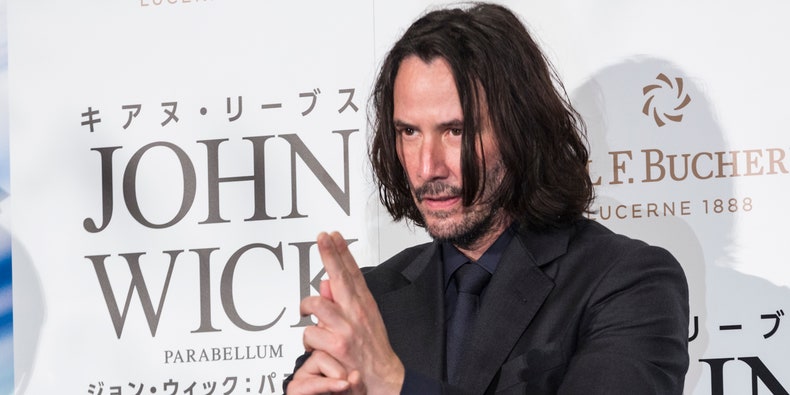 The soundtracks for all three of Chad Stahelski’s John Wick films are getting the deluxe vinyl treatment. Tyler Bates and Joel J. Richard’s original scores for the Keanu Reeves-starring saga: John Wick, John Wick: Chapter 2, and John Wick: Chapter 3 – Parabellum, are getting pressed as 2xLP sets in gatefold jackets. All three albums will be available on vinyl for the first time November 15 via Varèse Sarabande Records/Music.Film Recordings. Find artwork for all three soundtracks below.

Each chapter of John Wick was scored by Tyler Bates and Joel J. Richard, but the soundtracks feature additional song contributions from Marilyn Manson, Alice in Chains’ Jerry Cantrell, KALEIDA, Le Castle Vania and more. Of the soundtracks, Bates said in a press release:

While his fight, stunt, and weapon work is second to none, Chad [Stahelski] embraces original music with equal passion—setting the table for Joel Richard and I to experiment and create a distinct “sound” for the John Wick world. Five years ago, we cranked “Killing Strangers” at concert volume in my studio. And now John Wick is a trilogy. Working with Chad has been a truly amazing experience.

Read “8 Pitchfork Staffers on Their Favorite Music Moments in Recent Movies” over on the Pitch.