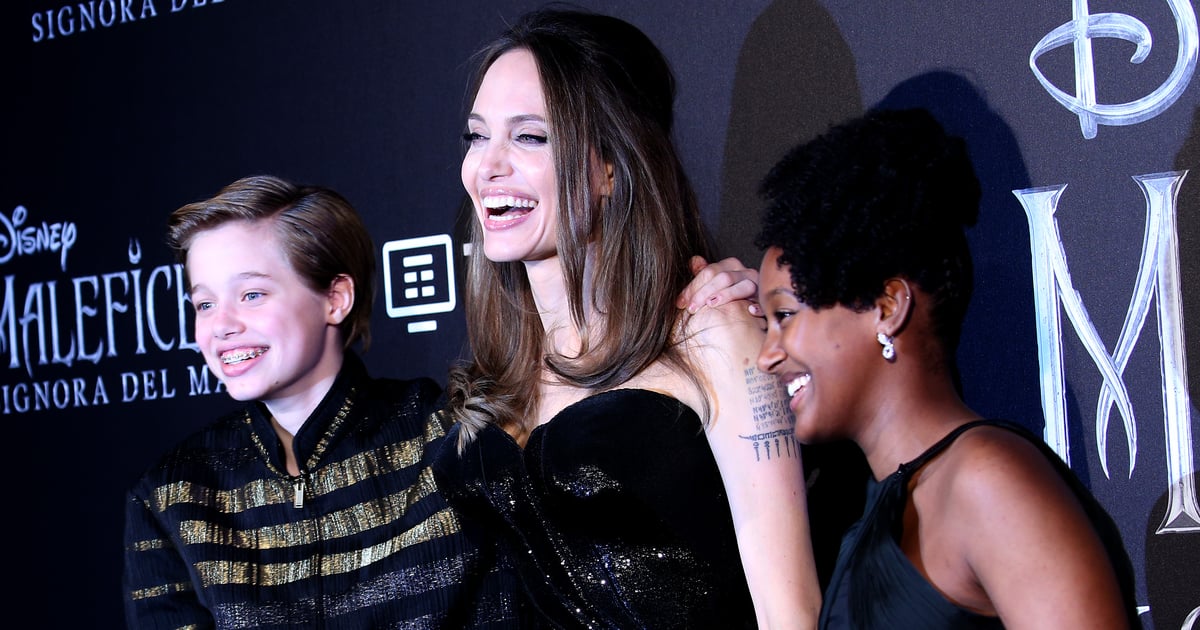 The Maleficent: Mistress of Evil press tour is the gift that keeps on giving! On Monday, Angelina Jolie was joined by her kids, 14-year-old Zahara and 13-year-old Shiloh, at the European premiere of the film in Rome, Italy. The 44-year-old actress and philanthropist donned a strapless black dress for the affair and Zahara and Shiloh made sure to match their mom in color-coordinated outfits. The brood appeared to have a case of the giggles, and they stole the show as they posed for pictures together.

Maleficent: Mistress of Evil hits theaters on Oct. 18, and Angelina has had her kids by her side as she promotes the film. The mom of six was joined by Zahara and Shiloh, as well as 15-year-old Pax and 11-year-old twins Vivienne and Knox, at the LA debut, and 18-year-old Maddox even took a break from college to support her at the Japan premiere. See photos from the fun family outing ahead!

‘Yellowjackets’: ’90s Cast Wraps Season 2 Filming Amid “Intense Work In Harsh Conditions”
15 Types Of Socks For Men: Explore New Styles in 2023
Pancake Man Revenge is served all day… on Indiegogo
“It’s Going to Be a Circus”: The GOP’s House Oversight Takeover Has Democrats Bracing for Partisan Warfare
2023 Juno Awards nominations: The Weeknd leads the pack with 6