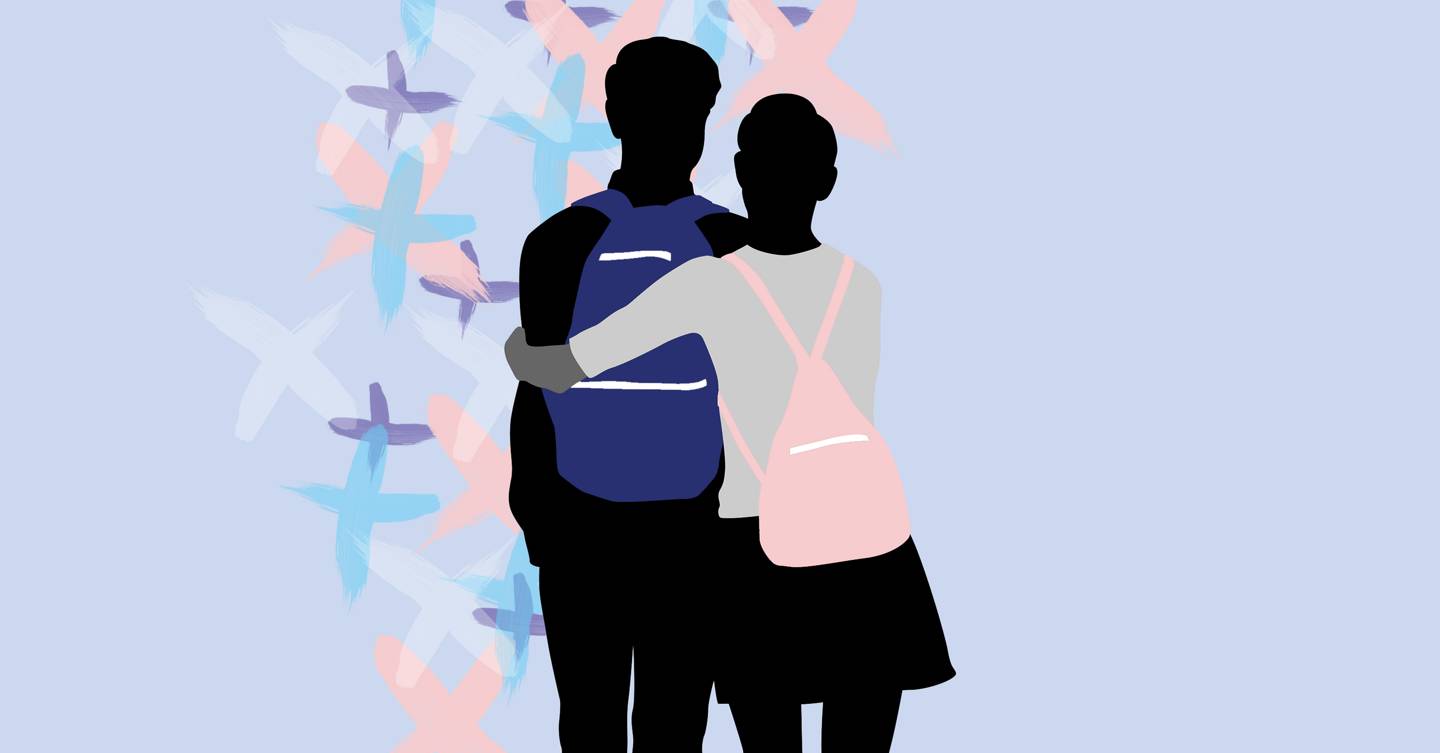 It’s a condition that affects an estimated 3-4% of adults, but as many as 90% of people with ADHD go undiagnosed. That adds up to a lot of individuals – and couples – wondering… is this how it is for everyone else? As a woman with a ‘typical’ brain, 30-year-old Kari Biondi* reflects on the challenges she faced with her non-typical boyfriend.

It’s hard to pinpoint exactly when it became clear that Tom’s brain was built differently to mine – like most other people’s.

We met we were in our early twenties and I was struck by how easily he wore his emotions. He was always super affectionate, would cry openly if he was moved and was able to empathise and strike up a rapport with anyone. He didn’t talk about his feelings or inner life as such, but I suppose I thought it wasn’t necessary given how open he seemed. Other people – men – found his comfort in expressing himself confusing, and when we started dating one friend of his told me that he was surprised: because Tom was so ‘in touch with his feminine side’, as the friend saw it, he’d always thought he was gay.

The flip side to this was what I came to term WTF moments – rare bursts of anxiety triggered by thinking someone was taking the piss. Often people were being lax or just had their own stuff going on – that’s life – but he’d take it personally, becoming hurt and defensive. This is where I got confused – how could someone be so empathetic in some situations but so damning in others? A lot of his friends have been dropped over the years simply for being crap at arranging to meet for drinks.

Could AI be about to change how we treat mental health conditions?

The other thing that I was curious about when I met Tom is that if he likes something, he will research it to death and it’s this attention to detail that make him brilliant at his work in computing. One early date we had was to an aircraft museum – he chose it, and once we were there it was clear why. To me, they were just things that fly, but Tom knew every exhibit’s name, who made it, details about which countries owned it and which battles it had been part of. He knew minutae about its technology and would point out details like a child finding their favourite animal in a picture book. Honestly, it wasn’t the most riveting date I’ve ever been on, but I was kind of impressed.

It was only after we moved in together that some aspects of his behaviour began to grate. Overall we had a cosy routine, interesting plans and lots in common – we went to work, came home and chilled – but his reaction to snubs or unfairness could create tension. He would freak if I was late home without letting him know, despite it being something he was guilty of himself. Years passed like this until he admitted that he saw my tardiness as a sign that I’d stopped caring about him and it started to dawn that there was more going on under the surface than I’d thought. Other habits I just found annoying. Cooking together was a nightmare: I’m lazy about following recipes but when Tom cooks every single ingredient has to be weighed exactly. He takes ages, and gets frustrated by that and the inevitable mess from all the precise prep he does.

There are times when I lose him to his deep dives – what I’d later learn were actually just distractions that tap into his brain’s reward centre rather than some noble effort to educate himself. As well as airplanes, over the years he’s had obsessions with drones, Japan’s role in WWII, Westerns and watches. I’d joke that he’d be a total boss in any pub-quiz team, but when he comes across a new topic he loves he can be impossible to reach, burying his head in his iPad, scrolling until his interest wanes. I’d call it ‘nerd mode’ to lighten the mood but when he was like that nothing got done and it was lonely. I would get frustrated seeing him ‘entertain’ himself while I’m picking up his shit. More frustrating was when his distractions were more fleeting and he’d be even more difficult to pin down. I’d ask him to help clean up and he’d pull out the hoover, but five minutes later I’d find him online shopping for random things – an oven thermometer and trick yo-yo are two recent purchases that still sit in their boxes. Jobs would frequently get started then dropped.

I coped with this by being pragmatic, accepting that that’s what life with Tom was like. But then, a close friend died and Tom became depressed. He dropped far, sometimes hidden, sometimes loud and dramatic but was even harder to reach. He needed professional help.

His first appointment was with a psychiatrist for a formal diagnosis before moving into therapy and the doctor confirmed the obvious depression but also ran some question-based tests which suggested another thing – that Tom had ADHD. When he came out of the appointment it was almost like he was looking at himself for the first time. He was relieved that support for his depression was coming, but had to feel his way around the ADHD and what it meant for his past and his future. A week later, after more tests, the diagnosis was confirmed.

These are the surprising things anxiety does to your brain…

We both researched the condition but this was where I went full nerd: ADHD didn’t capture Tom’s imagination the way planes had. The more I learned, the closer I felt to Tom and the more I understood his view of the world and found ways to work with him on it – and for him to work with me. Now, if I’m going out, I never give him a ‘home by’ time and check in regularly so I keep control of my space and he doesn’t get worked up. If he’s distracted, I offer up things we can focus on together like going out to eat or watching a film. It’s taken time, but he’s come to understand why he’d act one way when everyone else seemed to behave in another. It opened the door to his inner world, his confusion, his sense of fighting against the world. One thing we still have to overcome is his resistance to seeing some of his behaviours as ADHD and not just ‘Tom’ – that’s a thing for him, that being ADHD somehow depersonalises his experiences and responsibilities. But the diagnosis has given us the right language to talk about feelings and behaviours and improve our relationship. It’s been a blessing.

What’s the deal with ADHD?

Melissa Orlov, author of The ADHD Effect on Marriage, explains the unique qualities – and trials – of being in love with someone with ADHD

People who have ADHD have a different kind of neurochemistry and a different physical setup of the brain than people who don’t have it and it’s usually a hereditary condition. It results in very specific symptoms that can include hyperactivity, difficulty initiating and following through on tasks and emotionality, which means that you respond more easily and quickly emotionally than other people do. ADHD also goes hand in hand with anxiety, depression and substance abuse issues.

Chronic distractibility is the number one symptom of adult ADHD, and when you’re a neurotypical – ie, non-ADHD – partner it can leave you feeling unloved or ignored. It’s not that the person doesn’t love you, it’s that the person is distracted. The other big issue has to do with difficulty following through on tasks. Over time, because so many promises are made and broken, the trust in the relationship will erode. Again, it’s not because the person doesn’t love you or is untrustworthy, it’s because they have these unmanaged symptoms.

Almost all of the people that I have worked with who have ADHD are quite emotionally sensitive. It’s a lot to do with shame: ADHD partners have been told their whole lives that they’d be happier and more successful if they work harder and pay attention and so by adulthood they can be sensitive about that and taking blame for things that are beyond their control. Both partners have to understand that they make a contribution to the issues between them.

As told to Kathryn Blundell.