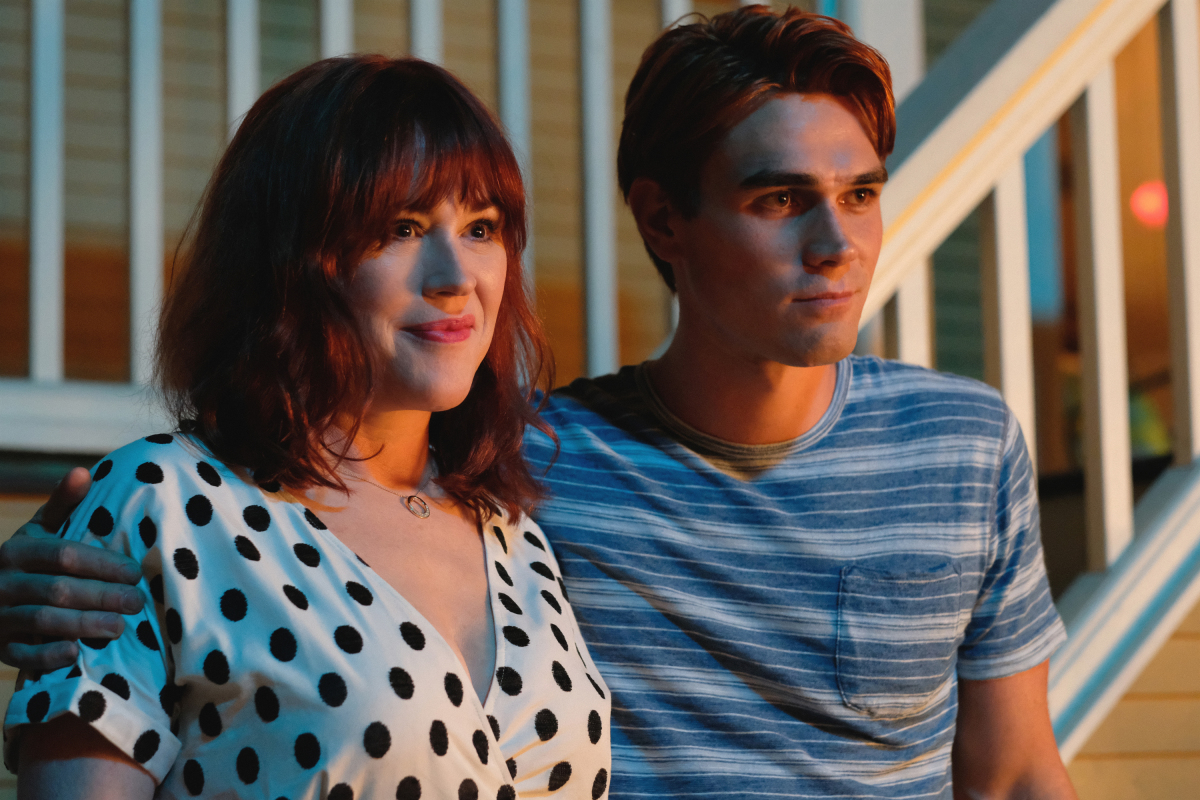 Riverdale debuted a new trailer chock full of make outs, abs and pretty people doing ugly things at New York Comic Con and it was…a lot. There’s a new guy named Bret Weston Wallace (wonder who that could be referencing!), Veronica is visiting daddy Hiram in jail, Betty is suspicious of her newly discovered half brother, and Cheryl is having seances with her dead twin’s corpse.  So…typical Riverdale.

The big moments that caught our attention were all about Archie. We see the younger Andrews get the devastating call about the death of his father, reminding us to emotionally prepare for what promises to be a heartbreaking, standalone season premiere honor Fred Andrews and Luke Perry. Archie seems to take the loss to heart, committing himself to turning his boxing gym into a community center and…fighting crime? Looks like he’s suiting up and it can’t be any harder than fighting a bear so…Why not? I do hope this means KJ Apa is joining Crisis on Infinite Earths then.

Oh, and speaking of DC properties? We see Cheryl and Toni canoodling (and speaking to the dead) on Halloween in full Harley Quinn and Poison Ivy costumes. I cannot think of a better bit of corporate synergy for this new pair of lesbian icons to honor their foremothers.

We also have more pictures from the coming season, including our first look at Shannen Doherty’s guest spot.

Riverdale returns this week on Wednesday at 8:00 on the CW followed by the new Nancy Drew. We saw the very spooky Nancy Drew pilot at SDCC this summer and if you love Riverdale, we think you’l enjoy Nancy Drew as well.

That’s not all the NYCC news we have though. Here’s a few more tidbits:

There’s Non-NYCC news out there as well.

That’s what we saw this fine Sunday, what did you see, Mary Suvians?

Travis Scott, Skepta to Headline Mirror Mirror Festival Honoring Virgil Abloh
Quiz: How Well Do You Know Your Covers, Expert Edition
Gucci Black Friday
Christmas 2022: Things To Do In London
16 Of The Best Lounge Pants For Men To Really Kick Back In 2022